Cosmic Variance and other blogs describe a clash between Lawrence Krauss, a self-described Star Trek physicist and a jerk, and some self-described modern philosophers whose names are too unimportant to occupy several bytes on TRF in the wake of the publication of Krauss' book, "A Universe from Nothing".

These articles and discussions seem almost content-free to me. My understanding is that the "modern philosophers" defend some dogma that the time has to exist eternally while the "Star Trek physicist" correctly points out that science allows for the time to begin – and be meaningless as a concept "prior" to this beginning – whether some philosophers like it or not. What the remaining 220 pages of the book and dozens of comments and blog entries are all about is beyond me.

Krauss is obviously right that the Universe may start according to some modern models of science. In some approximation to our cosmic history, it even has to start. The dogma of an eternal time has been superseded and liquidated and to re-establish it, one would need much deeper and more quantitative intellectual weapons than the sloppy arguments that the "modern philosophers" want to oversell. But whether the time is past-eternal at a more accurate level is an open question. In this sense, the war between the Star Trek physicist and the modern philosophers is unresolved.


A somewhat deeper – but not too deep – discussion (relatively to this stereotypical shallow battle between two disciplines of science and non-science) about the eternal nature of time took place in between more prominent theorists (relatively to the Star Trek physicist) at arXiv.org and was reported on the Physics arXiv blog. First, Mithani and Vilenkin wrote


Did the universe have a beginning? (arXiv)
Mathematics of Eternity Prove The Universe Must Have Had A Beginning (MIT blogs).


A few days later, Leonard Susskind replied with a short semi-popular article that would be appropriate for a physics blog,


Was There a Beginning? (arXiv)
Mathematics of Eternity Prove The Universe Must Have Had A Beginning -- Part II (MIT blogs), 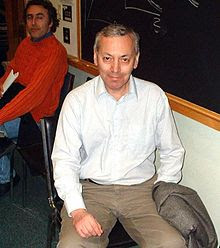 Alexander Vilenkin belongs to the majority of the fundamental physicists whose Wikipedia photograph was taken by your humble correspondent a Harvard.

Mithani and Vilenkin discuss the beginning of time in three scenarios that superficially have no beginning: eternal inflation, cyclic cosmology, and the emergent universe. All of those are claimed to have a beginning, after all. In the first two cases, it's because the universes are geodesically incomplete in the past; in the latter case, it's because the universe may collapse quantum mechanically.

I wouldn't use the same tools to deduce the conclusions but I do think that their conclusions are right. Note that the "geodesical incompleteness" has been proved for universes which preserve a positive expansion rate along the geodesics.

All these physicists are mentally living in a world governed by something like eternal inflation so they look too hasty to the rest of us. I am a data-oriented guy and it seems clear that there's a huge evidence for the Big Bang Theory that allows us to reconstruct the Universe up to moments when it was just seconds old; and no-longer-negligible evidence in favor of inflation (or a process that is nearly physically equivalent) which occurred a tiny fraction of a second after the "true beginning". We know how the density, temperature, and many other quantities describing the Universe in the subsequent 13.7 billion years evolved. In particular, the entropy kept on increasing; the second law of thermodynamics mandates such an increase and is totally general.

The entropy couldn't have been higher before this "normal beginning" so it makes no sense to extrapolate "our own Universe" before this zero time. It may make sense in some models with a pre-history but for those models to avoid the conflict with the second law, they have to embed our Universe into a much vaster realm and they have to postulate a rather discontinous, violent process in which the seed of our Universe was born in the greater arable field. Whether such a discontinuous step makes it physically meaningful to connect our Universe with the parent Universe is debatable. To say the least, the amount and accuracy of predictions we may make from the assumption that there was such a parent Cosmos is probably very low (even if a solid mathematical framework to describe such transitions is found, something we really don't possess today) and it will be hard to find out anything about our parent Cosmos by empirical or semi-empirical methods. Time as a coordinate only makes sense if other things are sufficiently continuous functions of it.

But those folks don't have any problem with that. They're eager to consider far-fetched models and I have absolutely nothing against it. I only dislike if someone claims that something has been established – although the only thing that's been shown is that it is *a* logical possibility – and if someone makes silly mistakes that he tries to hide.

At the end, my favorite argument involving the increasing entropy applies even in more complicated multiverses such as the cyclic ones or eternal inflation. In a grand scheme of things and in the "very" long run, the requirement of an increasing entropy still prevents you from getting too much into the past. Even if we circumvented the second law trap by postulating an ever larger "field" as we continue to probe the ever more distant past, the cyclic models can't guarantee the same "maximum entropy" of a visible Universe during each cycle so something is changing from one cycle to another. The picture of the eternal inflation looks different but if faces analogous traps.

Aside from all these things, there is a risk of a quantum catastrophe which may be argued to exist by various arguments. However, while we use the term "catastrophe" which is emotionally connected with "the end", there is a risk that Mithani's and Vilenkin's terminology is internally inconsistent. They are ready to declare such a catastrophe to be the "end" while they're ready to tolerate similar catastrophes and tunneling at the beginning of our visible Universe to be a "smooth continuation" of a longer history. There are too many signs that these philosophically loaded discussions aren't really well-defined and rely on vague, laymen's understanding of the "beginning" and the "end" way too much. All their claims should be translated to some claims that admit operational tests, at least in principle, and I think it would really be impossible.

So I view any pre-history of our visible Universe – any idea of a parent Universe – to be just one class of speculations designed to address the question of the initial conditions in our visible Universe. I think that there are completely different competing ideas, like the Hartle-Hawking and related ideas, to approach the very same problems and they're actually more likely to be relevant.

In other words, I find it plausible that people will once believe that the time "obviously" has a beginning. It is an event 13.7 billion years ago and it is "obviously" meaningless to try to go before that moment. 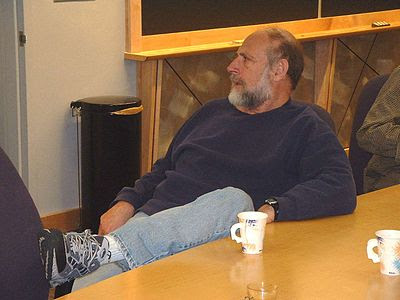 Leonard Susskind in a comfortable Stanford position. Picture by LM

Leonard Susskind and the beginning

Lenny Susskind actually reviews some of the entropy-based arguments in favor of a beginning but it is not quite clear what he really believes and what he presents as some alternative ideas (from his viewpoint). However, Susskind's overall conclusion is totally different; it's opposite, in fact. Here a miracle occurs and Susskind concludes


We may conclude that there is a beginning, but in any kind of inflating cosmology the odds strongly (infinitely) favor the beginning to be so far in the past that it is effectively at minus infinity.


Huh!? After a paper that shows many reasons why the Universe had to have a beginning, he draws a conclusion that it didn't have a beginning. I agree with the Physics arXiv Blog that the bulk of his paper doesn't really contain arguments that would refute Mithani's and Vilenkin's arguments.

My understanding of Susskind's sentence is that he is imagining some kind of an eternally inflating multiverse that continues infinitely to the future although it has a beginning. Then he – as the ultimate template of an anthropic physicist – tries to imagine that we're at a random place of this line and he decides that a "random place on a semi-infinite line" is still infinitely far from the beginning of the line. Am I write to predict that this is what his famous hardcore anthropic mind is doing?

Such a reasoning is completely nonsensical, of course. If it uses probabilistic tools, it must postulate the existence of a probabilistic distibution on the semi-infinite line where "we can be". Such a distribution surely can't be "uniform" on the linear scale because it wouldn't be normalizable to one. It has to be non-uniform, largely decrease with the distance from the beginning (with the age of the Universe), and most of such distributions have a finite "average age" i.e. the expectation value of the age, too. The distributions decreasing as \(1/t^N\) for \(1\lt N\leq 2\) for large \(t\) are exceptions: the integrals of these functions converge but the integrals of these functions multiplied by \(t\) don't.

At any rate, most distributions, such as those decreasing as power laws with larger values of \(N\), have a finite expectation value of the age. If you think about it rationally, our particular Universe could only be "infinitely far from the beginning" if the aging process of the multiverse converged to some equilibrium in which observable quantities converge to some particular finite values. I find it very hard to imagine such an equilibrium in the life of a multiverse that is filled with dramatic processes and constant increase of the entropy.

There are surely many open questions here. Many of them are likely to remain open for quite some time.

I know both Susskind and Vilenkin – in person. I also had a paper with Lenny and my/our visit of Vilenkin at Tufts was kind of legendary – ask e.g. Melanie Becker or Delia Perlov. Both Vilenkin and Susskind are anthropic heavyweights.

The philosophical template of the eternal multiverse was really born in Vilenkin's head. It naturally led to the uncontrollable ideas of a messy, infinitely large (in all respects) multiverse that Lenny Susskind helped to reconcile with string theory and intensely promoted. So it's funny to see Vilenkin and his co-author to undermine the very framework of this godless mess that his most famous work on cosmology has really ignited.

We may also say that such battles about some basic questions between the leaders of the anthropic paradigm only help to reinforce the idea that it is not a well-defined science with sharp rules (not even well-defined maths with sharp rules) whose implications may actually be objectively verified. It's a philosophical ideology with a few equations remotely resembling elementary science that is being promoted by folks who found out that they feel very happy if they're sloppy and if they have a big mouth. Some of them are on crack.