Why I am alarmed about climate change 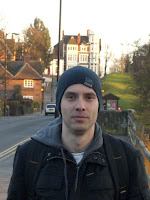 Thanks to Luboš Motl for providing me the place for a guest post.

Natural greenhouse effect is a well described and for a long time understood scientific phenomenon. Without greenhouse gases (GHGs), such as water vapor, CO2, CH4, O3, and some others, global average air temperature would be about 33 °C lower.


The basic points of disagreements can be summarized accordingly:
Attribution

A) I think the short answer is yes. Climate doubters often say that “we do not know enough to say that”. Obviously, I disagree. The argument that often follows is that “it is the Sun”. (But there are 173 other arguments, see here.) Well, I need to find at least one climate doubter who would explain to me how the stratosphere can be cooling, if the Sun is supposedly increasing its activity? What would be the physics behind? Another argument which often follows is that “we do not have direct evidence for AGW”. Again, I disagree, simply because it is not true. We do have direct evidence based on satellite measurements. The first one is a decreased outgoing long wave radiation (Harries et al., 2001) at the spectral bands of greenhouse gases (CO2, CH4, CFCs, and O3) where they explicitly write:

„Our results provide direct experimental evidence for a significant increase in the Earth's greenhouse effect that is consistent with concerns over radiative forcing of climate.“

Their results were confirmed by later studies using data from other satellites. The second evidence is in increased amount of infrared radiation returning to Earth, which again is a result of increased amount of GHGs in the atmosphere (Evans, 2006; Wang and Liang, 2009). Evans writes in the abstract:

„This experimental data should effectively end the argument by skeptics that no experimental evidence exists for the connection between greenhouse gas increases in the atmosphere and global warming.“

Why “most” of the observed warming in the last century, and especially in the last 40 years can be attributed to GHGs? Simply because sun activity is decreasing during this period, and using 11-year running averages, sun activity peaked in 1960. Further, we are also emitting significant amount of aerosols, which are effectively masking unknown amount of warming (Ramanathan and Feng, 2008). According to their estimates, fixing GHGs concentrations at 2005 level, we are already committed to at least 2,4°C of warming, as compared to the pre-industrial temperature. Can a climate doubter point me to a natural factor that would lead to a significant global warming, if it is not the Sun?

B) The rate of warming matters . For natural, and that much for managed ecosystems (hey, ask those forests in British Columbia), adaptive success declines with the rate of (climate) change. That is basic ecological knowledge. The current rate of warming (0.0166°C/y), which is BTW increasing on a decadal time scale, is about 50 times faster (0.0003°C/y) than during the PETM (Paleocene-Eocene Thermal Maximum) geological event. Back then most of organisms were able to adapt, but it was a very turbulent era, new geological period emerged, and many plant and animal species dyed out forever. While mammals thrived and spread, it was a mass extinction event for others. According to one recent estimate 1 in 10 species is endangered by extinction by 2100, if current climate change impacts continue. This makes it a very conservative estimate in my opinion, since the impacts are expected to increase/speed up significantly. There is also evidence that climate change played a significant role in mass extinctions of mammals 50 000 years ago. But such a link (correlation) between climate change and mass extinctions is quite significant also over the past 520 million years. That the current rate of climate change is unprecedented (excluding e.g., the collision with asteroid), is indirectly shown by the fastest rate of ocean acidification in at least 300 millions years, as well as by unprecedented rate of CO2 increase.

And no, global warming did not stop in 1998 (or whenever), since Arctic ice continues in its “death spiral”, with its oldest (and thickest) ice disappearing even faster than the young ice. The inevitable disappearing of summer arctic ice (with a current melting rate of 300 km3/year) by 2040, or maybe by 2020, should matter also to climate doubters. Why? Because there is a surge of peer-reviewed literature that Arctic ice decline is linked with unusual jet stream patterns that are causing winter cold surges and snowfall in Europe and USA. And as far as I know, climate doubters hate cold weather (and me too).

C) The short answer is yes. Between 1980-2010 the frequency of great floods and hot extremes has increased 3,5-fold, and the number of meteorological events has increased 2,5-fold. Such a dramatic rise cannot be explained by rise in global population or rise in global GDP, since frequency of non-climate/weather events (earthquakes, volcanoes, tsunami) rose much less during the same period (0,5-fold). The link with global warming should be obvious, as more trapped energy in the atmosphere has to manifest somehow/somewhere. But if it is not, here are some suggestions and we are smoothly coming to a final point:

D) Yes, at least some of the weather extremes are demonstrably stronger (more damaging/deadly) by warming, and some possibly would have not occurred without increased GHGs concentrations. I have yet to find a climate doubter to show me how a global warming should/would/could NOT affect the weather around the globe.
To conclude, I actually think that we have already lost the opportunity to avoid “dangerous climate change”, though it ultimately depends on where you live (just yet). We can only try to avoid “catastrophic climate change”. I am alarmed because collectively we are doing quite the opposite.


L.M.: I will preserve a kind of hospitable atmosphere for the guest but that doesn't mean that you're not allowed to disagree or criticize the arguments in the text above. The discussion takes place in the international Echo fast comments. People who see this blog in a domain different from motls.blogspot.com should click at the pirate icon below to access the international discussions.
Luboš Motl v 7:32 PM
Share