Their publication of three extremely similar papers on the search for light stop squarks could be viewed as circumstantial evidence for some extra common cause behind all these papers such as the LHC stop squark rumors. 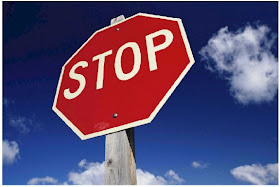 At any rate, we have these three similar new hep-ph papers on the stops (plus one inequivalent paper that talks about stops and especially staus in the context of the Higgs diphoton decays):


The last paper differs from the first three; it suggests that the superpartner of the tau lepton could be as light as 100 GeV and with a high enough tan beta, the light stau could be relevant for the explanation of the enhanced rate by which the 125 GeV Higgs boson at the LHC decays to a photon pair.

The first three papers mostly discuss the question whether the LHC may discover or rule out stop squarks whose masses are very close to the top quark mass during the 2012 run. If you read the papers, you will notice that the three teams knew about each other so they may have synchronized their submissions to occur on the same Memorial Day weekend.


The conclusions of the papers and the detailed graphs are almost identical. If stops are close to the top quarks when it comes to the masses, the LHC will be able to discover them in 2012 if their mass is close enough to 350 GeV or so and if the light neutralinos are light enough, at least substantially lighter than 100 GeV.

Imagine the point on the two-dimensional stop-mass/neutralino-mass plane and draw circles around the point (350 GeV, 30 GeV). The further you get from this point, the lower confidence level for a discovery you may get assuming that the superpartners have the properties suggested by this "search under the lamp post" distribution. But the confidence level near the center approaches the levels of a discovery.

Let me mention that if the stop squarks are a bit heavier, they may still be discovered but one must use different channels.

The third, Maryland/MIT paper still has somewhat more optimistic predictions for the discovery using 20 inverse femtobarns of the 8 TeV collisions expected in 2012. For some square-shaped bins, they get more than 8-sigma signals. That's also why they are the only team that suggests that the evidence for the stops may already be contained in the 2011 data. The first two teams don't seem to have such strong signals. My fast reading suggests that it's because only the third team uses the "fat jet" identification of jets arising from a top quark, aside from the universally exploited missing transverse energy (which is helpfully magnified by the boosts so it can be seen even if the LSPs are rather light).

Light (and even very light) stop squarks are still allowed but all these physicists effectively claim that with good enough search strategies, these stops can't hide for too long. Some people could suggest that it's so damn difficult if not hopeless to look for stops in these circumstances; all the Memorial Day physicists suggest that Yes, we can, assuming that we're neither lazy nor spoiled by a low creativity.

The big remaining question is whether the stops will actually be discovered in 2012. ;-) The LHC is working hard to discover whatever Nature allows it to discover. The peak luminosity is 6.7 inverse nanobarns per second i.e. 24 inverse picobarns per hour. One effectively has about those 40 "working hours" per week so the collider may be expected to produce about one inverse femtobarn every week. That makes those 20/fb until the end of the 2012 run an easy-to-imagine plan.

The current state of the collider looks like this:

You may bookmark this page if you don't have a better access to the picture above.
Luboš Motl v 8:35 AM
Share