In 1986 Robert Nozick, professor of philosophy at Harvard and author of Anarchy, State and Utopia among numerous other works, published an essay titled Why Do Intellectuals Oppose Capitalism. (An abridged version of the essay appears at the Cato Institute website.)

Nozick's essay describes the resentment felt by many “wordsmiths”, people who mourn the loss of their status as verbally proficient pupils favored by teachers in elementary and secondary school. The essay then goes on to make a plausible case for why this should lead to rejection of capitalism (or, as I would say, the free market). As they get left behind by their more quantitatively oriented peers, who begin earning greater material and immaterial rewards, a feeling of injustice sets in among the newly un-advantaged, who cast about for remedies. A political ideology that apportions to the “deserving” what is their “rightful share” then becomes an attractive proposition as a way to right a perceived wrong.

Nearly three decades have passed since first publication of the essay. In the interim, the Soviet Union crumbled and Marxist-Leninist ideology was consigned to the ash heap of history along with central planning of the economy (except for Cuba and North Korea). For the resentful and aggrieved, the favored target upon which to vent frustration has shifted. They have rolled up their red flags and unfurled green ones instead. Blatant anti-capitalism has turned into a more subtle variant that finds its expression in alarmism about man-made climate change, attended by prescriptions for a wholesale redesign of the world economy. Ample documentation of the bizarre forms this alarmism can take is readily available on this website.

However, a broader version of this syndrome goes beyond the “resentful wordsmiths” category. Today the syndrome should probably be extended to include a large proportion of mathematically and scientifically literate people whose powers of comprehension unfortunately are insufficient to encompass much of contemporary science, especially theoretical physics.

These people have been left behind by some of the advances in modern science. This was not supposed to happen. Their stellar record at STEM tasks in high school (and frequently, at university level) conditioned them to expect that they would always belong to a cognitive elite capable of mastering difficult scientific problems. It is a natural psychological reaction to reject out of hand that which defeats one's efforts to understand. The number one popular outlet for these frustrations have always been quantum mechanics and Einstein's theories of (special and general) relativity, but lately string theory has joined them in the hotseat.

Among the reasons why string theory has come in for so much vituperation may be the widespread perception that this field is the most arcane and impenetrable in theoretical physics. Whether this is in fact so – and whether people who reject string theory out of hand might not find themselves similarly out of their depth when attempting to review, say, cutting-edge research in fluid dynamics or solid-state physics – is something that I am unable to judge.


LM: Happy International Workers' Day to all hardcore and softcore communist TRF readers! As a gift, I embedded my favorite builders-of-socialism song, With Singing And Laughter. Via budovatel.cz

Alexander Unzicker (EN), a math and science teacher at a Munich high school with a Ph.D. in neuroscience, might seem an unlikely candidate to write a best-selling book that damns almost all physics done in recent times into the ground. Until 2010 he had not been in the public's eye. His book Vom Urknall zum Durchknall (a pun that might be translated as “From Big Bang to Big Whacky”) changed that. It is one unbroken rant laced with invectives. By his own admission he “understands little of string theory” (p. 16) but that does not stop him from railing against it and its proponents for hundreds of pages.

The trouble began in 1955, the year of Einstein's death, with Wheeler's quantum foam and since then, “wormholes and other unmeasurable sci-fi nonsense have been pouring from theoreticians' heads” (p. 220). Inflation is an “extremely speculative approach that never stood a chance of experimental confirmation” (p. 165). And so on and so forth. Alan Guth should have “consulted a psychologist” (p. 162), Leonard Susskind is “simply clueless” (p. 109), Lisa Randall “engages in circular reasoning” (p. 252), “Pope Edward Witten” is “transformed into a Galileo-like heretic by crooks wearing police uniforms” (p. 239). (Quotations translated from German by E.S.)

Strong words, but surely the author has an alternative to offer? Indeed he does, having submitted a number of papers to ArXiv. Let us pick one at random. The VSL Discussion: What Does Variable Speed of Light Mean and Should we be Allowed to Think About? [sic]. (I will do my best to transfer the author's unusual English, by way of guessing at what he first wrote in German, into something intelligible to TRF readers, but I make no assurances that I always get it right.) The paper is transparently an attack on this 2008 paper by George Ellis. Dr. Motl summarizes the key points in Ellis' paper here and I'm willing to bet any amount that comments #3 and #5 in the slow comments are from Unzicker.

Ellis aimed to “provide the reader with a toolkit enabling a critique of any VSL paper, checking if it meets some basic criteria that can be claimed to be fundamental for an adequate discussion of VSL proposals”. Unzicker is offended by this proposal in the extreme. He sneers, “what a pity that Einstein in 1911 could not make use of check-lists like [1] - maybe he would have refrained from developing weird theories about a curved spacetime...”.

At one point Unzicker concedes that “VSL has obviously to consider the influence on other fields since changing c in one context only would be a rather weird and fruitless trial,” but insists elsewhere that “[s]etting up guidelines for the development of possible new ideas, however, does not provide any real progress”.

Even the most basic ethics are flouted. Ellis writes:


“Implication 5: Any varying speed of light theory must be done consistently in terms of its effects on the whole set of physical equations. You can’t just allow c to vary in some equations and not in others; and the proposed variation in c in these equations requires some viable physical explanation in order to complete the set of causal relations.”

It is hard to come to any conclusion other than in Unzicker's case, the care Ellis took to explain the fundamentals was a wasted effort: pearls before swine. What's all the more remarkable is that throughout his book, Unzicker cites Einstein as an authority and as the shining example that today's physicists fail to measure up to. Yet he claims Einstein as support for his belief that a VSL theory is needed, which makes it doubtful he ever understood him in the first place.

One might have expected that Unzicker's book would have been panned by mainstream publications on its appearance. Not so. Astonishingly, Spektrum der Wissenschaft (the German edition of Scientific American) gave it a glowing review (EN), a review that in turn was subjected to scathing criticism on German-language website relativ-kritisch (EN). As if adding insult to injury, a panel of German science journalists writing for reputable periodicals subsequently awarded it the prestigious “Science Book of the Year Prize” (EN) for 2010 in the “Hot-Button Issues” category. As of today, it is ranked no. 1 on amazon.de among astrophysics books.

Unzicker's paper amounts to yelling, “You're not the boss of me!”, an attitude more appropriate to a belligerent teenager than a grown man claiming to have something to say on physics. Unsurprisingly the paper has collected zero citations since its publication in 2007. (But the fact that it made it onto ArXiv at all – even if it's only in gen-ph – makes one wonder about their supposed efficiency as gatekeepers.)

The angry flouting of bedrock physics by people who count themselves as scientifically literate mirrors the rejection of the free market by “wordsmiths” described by Nozick. In both cases the underlying animus is a form of anti-social sentiment fueled by a sense of injured pride. And while it is principally their loss if they close themselves off from some of the benefits of modernity, their obstinacy affects the rest of us, too, in the way that barnacles sticking to a ship's hull impede its forward motion. 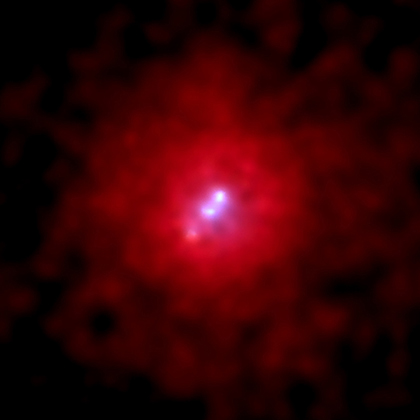 Out of sight, out of mind

It is possible that the “complexity divide” will continue to widen in the future and that progressively fewer people will be able to follow new advances in the sciences, even in principle. This is not because of time constraints (and in any case, there may never have been a time in human history when someone could have absorbed and critically evaluated the whole of human knowledge) but due to cognitive barriers.

More and better science education could help to boost appreciation for fundamental research and immunize lay people against quacks and crackpots. Certainly, the tireless outreach that Dr. Motl is doing on The Reference Frame goes a long way towards bridging gaps and exciting people from all walks of life to take an interest in science. However, there may yet come a day when – akin to galactic clusters being driven apart from one another by “dark energy” – work performed by the most highly advanced researchers will redshift out of sight of even their peers, and long before then, the rest of us. I hope that day never arrives, but in the meantime we are fortunate to be living in an era when we can still participate (directly or vicariously) in some of the most fascinating pursuits open to the human race.

Eugene Seidel is a translator and interpreter based in Germany, with a lifelong amateur's interest in science.

LM: May 1st is the day of love. The Czechs associate it with the ultimate romantic poem by Karel Hynek Mácha (1810-1836), "Máj" (the civil term for "May" is actually "květen" so "Máj" is already poetic). Audio, English translation (II). The song by Mr Karel Gott above was just inspired by Mácha's poem.