Euro, geuro, and Greece before grexit

The outcome of the recent elections in Greece was an unbelievable proof that Greece is a dying democracy, something I've been predicting for years.

The single largest party turned out to be New Democracy which, despite its attempts to right-wing image, one could recognize as a remote counterpart of some center-left parties in the rest of Europe. I actually consider New Democracy – which received about 19 percent – to be an extreme left-wing party, too. But the other parties are worse, much worse. 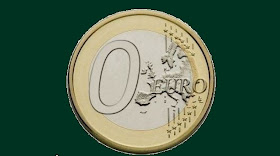 A collection of would-be far-right nuts is called Golden Dawn. They use a modified swastika (with some Greek explanations) as their symbol and their leader, an immature 55-year-old teenager, acts as if he were an Adolf Hitler and surrounds himself with skinhead bodyguards at all times. They're against immigration – and living in a virtual reality in which some modest immigration to Greece is Greece's most pressing problem.

But of course, the actual worst problem is the rise of the super insane bug-nutty batshit crazy infinitely far left-wing parties such as Syriza; the Papandreou dynasty that was "just" batshit crazy apparently wasn't crazy enough. Their young boss is a superstupid insane ultracommunist who wants to introduce a society in which everyone has everything he needs and only does what he wants to do. I have watched a few YouTube videos with Alexis Tsipras and I must say that in comparison with him, our insane social democratic jerk politicians are sensible moderate deep thinkers. This Marx who lost the last traces of realism got about 16 percent and it will be even worse. Check e.g. his address to the GDR communist "comrades".


Of course, they were unable to form a government. But there will be new elections on June 17th and the support for similar Tsipras-like feces is likely to get even bigger. Such a Greece will refuse to respect any commitments, agreements, and treaties, as the idiotic comrade has proudly announced many times. I think – or at least I hope – that the consensus has shifted enough so that Greece will be expelled from the eurozone and then from the EU once their new government will officially declare that they want to steal all the money they have been stealing for decades and they don't want to make any pro-free-market and pro-fiscal-balance reforms whatsoever.

Deutsche Bank has promoted the idea of their top economist, Thomas Mayer, to introduce a parallel currency in Greece, one geuro, that could be used alongside with the euro. This geuro has the declared advantage over a drachma that it sounds more European and the parallel status of the currencies could mean that Greece will abolish geuro in the future once again and it will return to the euro as the only currency.

It's of course a proposal that may be done and that can solve something. But if it does solve anything, it just proves how utterly irrational all the people in Greece – and some people advising Greece – are. Imagine that there are two currencies. Of course, the goal of this arrangement is to make it possible to change all the salaries and pensions and tons of other payments that the government is throwing around the Hellenic country to the same number of geuros which will however be much less real money due to the instant devaluation. In other words, with a unit of money that fakes the euro but isn't a real euro, one may reduce all this waste of money while the people won't notice (much like they were not noticing when the drachma was inflating and devaluing in the past).

But if the geuro and the euro will exist simultaneously, one will be able to see that the geuro is approaching its market value – which is closer (on the linear scale, not on the log scale) to 0 euros per 1 geuro than to parity, as the coin above indicates – and everyone who is receiving geuros must be able to figure out that he's just getting fewer euros. So why don't they just keep the euro and reduce all the salaries and pensions e.g. to 30% of their current values and make sure that the prices drop to 70% of their current values, too? It's the same thing with less bureaucracy, can't you see it?

I have been an opponent of currency unions that are politically and not economically motivated and I think it's been a bad idea that the traditionally inflating nations such as PIGS were squeezed to the hard-currency euro straitjacket. On the other hand, I think that almost everyone – including our president – heavily overstates the actual role of the euro in the mess that is thriving in the peripheral countries and in Greece in particular. At the end, what's wrong is that all the politicians are outside the reality and politics has become a tool for lazy parasitic Greeks to vote themselves money. Benjamin Franklin of the $100 fame is often attributed the following quote:


When the people find that they can vote themselves money, that will herald the end of the republic.

This precious quote exactly describes what has already happened in Greece and that may be gradually happening in other countries, too. The electorate and the politicians in Greece are so insane that they're just not able to create a stable economic environment that could be disconnected from the dripfeed. Yes, their separate currency could solve many troubles by producing a 100% inflation and losing half of its value every 8 months. But high inflation makes many things more complicated. I don't want to describe all the bad implications of high inflation. The effects and living standards are ultimately the same as if you manage to live with a hard and stable currency and just avoid unsubstantiated increases of salaries and pensions (and therefore prices as well) and if you allow these things to decrease whenever necessary.

Why the hell can't the Greeks learn these basic things? Switching to a geuro or a new drachma is just a change of the units and an additional bureaucratic burden. It changes nothing about the actual substance. A constantly devaluing currency just makes your counting and planning more chaotic; the interest rates increase to include the expected devaluation, too. It doesn't make you richer. And the Greeks don't really want to have a worthless currency. If you ask them in a poll what they want, of course that they will answer that they want all the advantages and wealth coming from the euro but they don't want to do anything that requires them to work or fulfill their commitments etc. You don't need to make such polls. The results are easily predictable from the wording. If the wording emphasizes the advantages, they will vote to be kept in the eurozone, if the wording will expose the fact that one has to be fiscally balanced etc., the result will be negative.

Alexis Tsipras himself says that he wants to keep the euro but he wants to do nothing whatsoever to restore the fiscal balance of his country. Instead, he wants to "declare null and void" all the Greek debt from the past – and probably in the future, too. That's the main problem here. And the co-problem is that many people in the EU and elsewhere fail to realize what the main problem is and do nothing whatsoever to fight against this main problem. Or maybe the problem is the shortage of balls needed to tell Tsipras et al. "No, comrade, game over," something that more "moderate" leaders such as Papandreou should have been told many years ago. What we got because of our politicians' castration is ever more shameless blackmailing by various Tsiprases. Fortunately, people are beginning to realize that it's unacceptable and these Tsiprases don't really have any weapons (except for our politicians' irrational receptiveness to their outrageous populist lies) to blackmail us with.

The value of the Greek people's opinions is about a few billion geuros – which is approximately zero euros. We should stop pretending that the opinion of these lazy parasites matters. We must be ready that the political feces similar to Alexis Tsipras will be getting increasingly strong and we must learn how to treat Greece as a country of unreliable liars and thieves, a country with the same political values as North Korea that is however much more costly for us than North Korea, a country harboring lots of Syrizas that are at least as big threats for the modern capitalist civilization as Al Qaeda (Tsipras is known as the European Che Guevara for a reason), a country of enemies.