French adventures may hardly lead to a happy end

This is a translation of a comment at idnes.cz by Dr Pavel Kohout, the chief analyst of Partners and a government economics adviser. The translation does mean that I endorse every word of it. 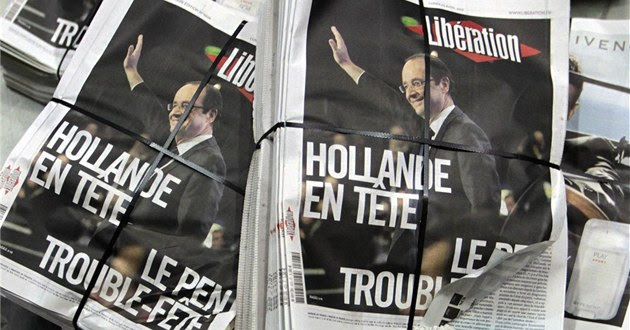 The so-called advanced European countries are no longer our role models. The French public debt is twice as high as the public debt of Czechia and the newly elected president preaches new spending. "This adventure may hardly end up with a happy end," writes economist Dr Pavel Kohout in his comment for idnes.cz.


The new French president Francois Hollande has a historical precedent; it's no one else than the last socialist president Francois Mitterrand. [LM: I would mention that Mitterrand grew up as a politician in Vichy France so I suspect that Hollande is much more left-wing than Mitterrand.] At the beginning of his era in 1981, the public debt of France stood at 30.1% of the GDP. By the end of his reign, it had climbed up to 60.1% of the GDP; in other words, the government managed to double it.

The unemployment rate grew from 7.4% in the year of Mitterrand's arrival to 12.3% in the era of his departure. The economic growth decelerated and the number of crimes went up. The overall result was therefore totally catastrophic. Despite these cold hard facts, Mitterrand was considered a successful president and he was repeatedly elected. He compensated his macroeconomic failures by rhetorical clichés and by a skillful political marketing. In his homeland, he became a pioneer of the professional advertisement techniques in politics.

Hollande, assuming that he will really pursue his economically nonsensical pre-election program, has a chance to complete the handiwork that was started by Mitterrand and bring his country to a certain form of the Greek scenario. Already now, the agencies consider the credit of France to be worse than that of Kazakhstan, Philippines, Peru, or South Africa.

As far as Greece is concerned, it is converging towards a second bankruptcy regardless of the composition of the government. However, the chance that Greece will leave the eurozone has somewhat increased.

The main lesson for the Czech Republic is that the so-called advanced European countries are no longer role models for us. That's especially the case when it comes to macroeconomic policies. The French public debt currently stands at 89 percent of the GDP and the newly elected president preaches new spending. This adventure can hardly lead to a happy end.


LM: As Merkozy was replaced by Merde, the first problems in their co-existence quickly emerged. Hollandreou has insisted that Europe needs to "support the growth" by further increasing the debt. Angela Merkel resolutely refused this proposal which also wanted to change the fiscal pact. Germany is lucky that its key successful politician – Merkel – is more sensible than the likes of Mitterrand who become successful politicians in France. And sorry to say, I don't think that this difference is purely due to luck.

Congratulations to all German TRF readers whose suffering and humiliation ended 67 years ago, opening the potential for the economical miracle. ;-)
Luboš Motl v 9:18 AM
Share