Between June 20th and 22nd, i.e. 20 years after a notorious conference that helped to energize the climate hysteria, Rio de Janeiro will organize the Rio+20 conference on the so-called "sustainable development".

Make no mistake about it: it's still the same attempt to cripple and reorganize the industrial capitalist civilization as the climate alarmist movement has been trying to achieve for decades (and Marxists for 150 years); they just don't emphasize the climate doctrine too much because they started to realize that it's been largely discredited.

Dr Klaus talks to Mr Fischer, an ex-prime-minister of a technocratic government, during the recent conference on gas and energy in Prague. Fischer is a presidential hopeful trying to replace Klaus at the Prague Castle in March 2013. Klaus has already endorsed another candidate and another ex-prime-minister, Mr Miloš Zeman, his (moderately) social democratic ex-rival from the early 1990s and a forecaster (who is also a sort of a climate skeptic and who is worried about the "Islamic anticivilization"), and I've been a Zeman-for-president supporter for quite some time, too.


For example, look at this petition:


Petition at change.org: We urge all civil society to remind Heads of States of their duty to attend the UN CSD RIO+20 Summit, that will take place in Brazil on June 2012. We need their engagement and urgent implementation of sustainable policies to create a better future for us and up coming generations. Rio+20 is an outstanding opportunity for fundamental change and its importance is not only measured by the urgency of the problems it tackles but also by the highest level of attention it is given by many of the World leaders.
In the challenging world of today, ...

Multiply this arrogant smug rubbish by a factor of five to have a good approximation of what the petition says. So you, folks, think that the heads of state have the "duty" to lick the arses of the environmental pressure groups and fly tens of thousands kilometers in order to do so, don't you?

Thankfully, our head of state won't attend this "event" that isn't sufficiently serious to be associated with the Prague Castle. 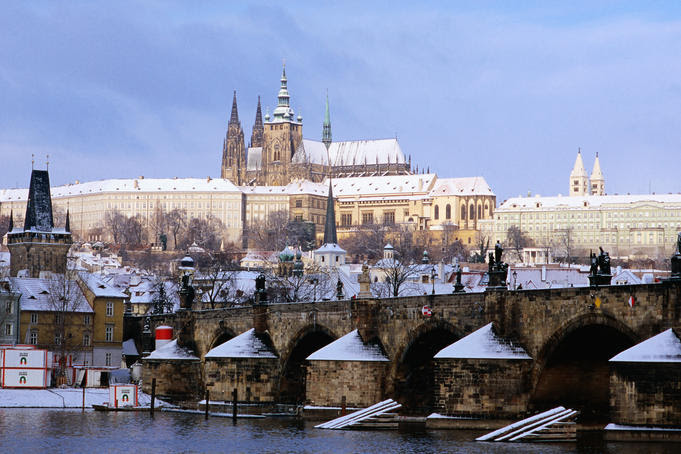 The Prague Post describes a simple conversation between our president and a run-of-the-mill climate activist called Ban Ki-moon (a chair of a dysfunctional corrupt international NGO) who had the honor to meet our president at the recent NATO summit in Chicago:

It's simple. One doesn't have to talk for minutes or hours about things such as the reasons why a serious head of state shouldn't attend events on the other side of the globe that aren't serious or worthy of his office.

The Prague Post – probably written by some Americans living in Prague – seems to be a climate alarmist publication by itself. (No Czech-language media would write about irrelevant topics such as the Rio+20 summit.) So they have also mentioned that the very fact that Václav Klaus attended the recent conference on energy helps to show his proximity to the Russian (?) energy industry.

It's very interesting that those people don't say the very same thing about Bill Clinton who attended the very same meeting in Prague and who actually did some business with the other participants. How stupid a reader of such newspapers has to be in order not to see that he's being manipulated and brainwashed? 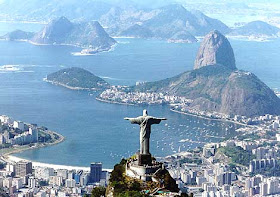 Czechia will send the environment minister to the "event". He will be among 50,000+ other participants so I don't expect that his presence will be important. Aside from an interesting trip for himself, it will be a waste of money for the Czech taxpayers.
Luboš Motl v 10:41 AM
Share