When I used Google Maps in the morning, I noticed that all streets of Pilsen have been mapped via StreetView and the photographs are available online right now. In fact, it turns out that most of Czechia (over one hundred of towns and sightseeings) has been mapped and it was made accessible yesterday. My homeland has become Google's #1 country in the world when it comes to the completeness of the StreetView. A comparison of Czechia's StreetView coverage with that of adjacent developing countries such as Germany and Austria.

Can you find people on Google Maps StreetView whom you know very well? ;-) Well, I can... 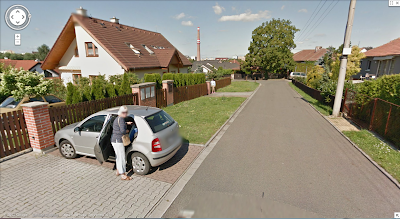 You see that they have anonymized her face just a little bit and her car's license number a lot. ;-)

Sorry, I won't provide you with the name or exact coordinates and please don't ask me. Because the picture is from July 2011, some details of the picture are no longer current. For example, the chimney on the picture has been totally deconstructed during the recent year.


It's quite amazing to see how many things are different about Pilsen relatively to Summer 2011, less than one year ago. The huge culture palace, the socialist "House of Horror upon Radbuza" (it rhymes in Czech) has been demolished and should be replaced by the Amadeus OC Arena within a few years. 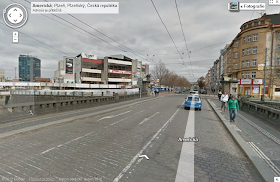 This was a subtraction. There are some additions, too. On the picture below, you see that they were just constructing something on the right side of the Lidl supermarket – which is rather new, too, a new powerful supermarket serving the neighborhood of Doubravka. What they were building in July 2011 is Residence Doubravka. The construction is pretty much complete by now. The people start to move in in August, after the final inspection in July. 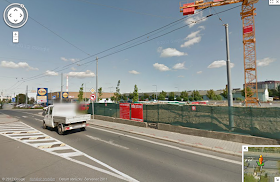 If you look at the construction site via Google Maps, you may actually find a billboard with the planned building. Today, the yellow building is a reality. There are some fun spacetime projections embedded in Google Maps. Four example, "our" concrete block is captured both in 2009 and in 2011; so from some directions, you see the concrete block right in the middle of the renovation.

I suspect that the obsession with privacy is a smaller problem for Google in the Czech Republic – it's kind of cool to be at Google Maps. The fuzziness added to the people's faces shouldn't really be called anonymization; a more accurate description is a medical procedure to smoothen wrinkles and they only use it for faces and not, for example, for breasts of passengers waiting for a streetcar on Pilsen's main square, the Square of the Republic: 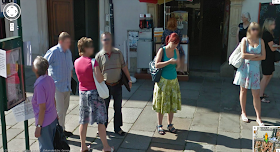 It's sort of fun if they still call it "maps" – when "it" is something that allows you to investigate the detailed anatomy of many people, among other things. ;-) You may want to check places where you're often at Google Maps: you may see someone or something that is intimately familiar to you. 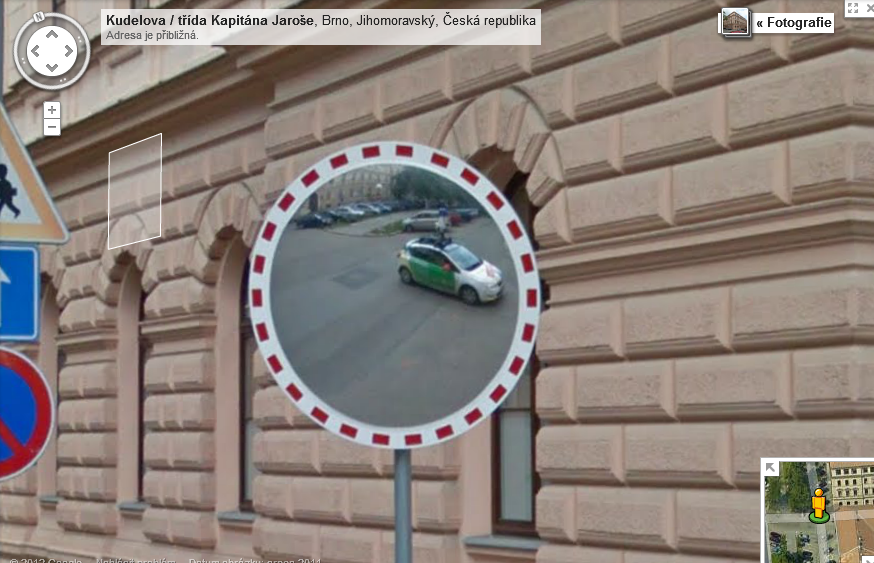 Click to get to the right place via StreetView.

If you wanted to find out what kind of a vehicle was taking the StreetView pictures, just go to a crossing in Brno, the second largest city in Czechia, and magnify a reflection in a piece of curved metal. ;-)

Another piece of fun: A cyclist took a picture of the Google vehicle. Then he found out that the favor was mutual. ;-) One more example of this mutuality...

StreetView really includes RoadView as well. So I may use Google Maps to tell you the voltage that bites my buttocks when I am riding a bike. 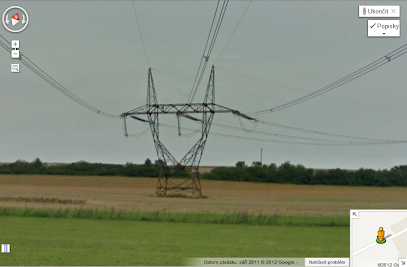 Now, on the other side you see the masts, too: 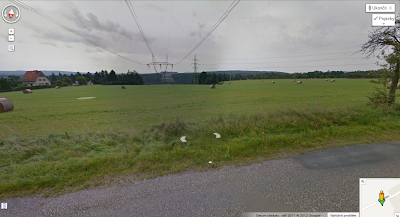 The Google Maps URL is helpful, too. Comparing with a database of the masts (see picture 8a: model 3), it's clear that it was a 400 kV high voltage power line.

My organs were clearly not the only objects that were affected by the intense electric field from the wires.

Just look at the amazing colors that the Google car saw in front of it right when it was beneath the wires! That's something similar that I was seeing when the electric field was giving me shocks. :-) But yes, I admit that the Google's car was seeing similar patterns at many other places, especially near the tree tops.
Luboš Motl v 8:28 AM
Share