The last transit of Venus in this century

It may seem as though the 21st century is still just getting started. But there is one event that will occur on Tuesday night UTC and its next repetition will have to wait until the year 2117. And in the "hectic" 20th century, this event hasn't occurred at all. What is it? 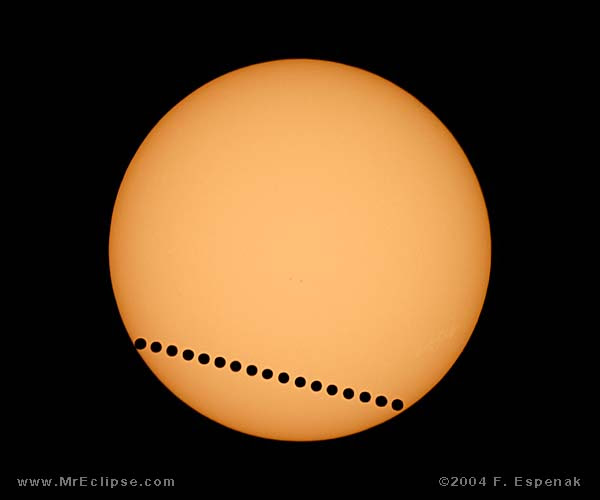 The Venus will perforate the Sun: the sky is falling. Paul Krugman proposes to build high-speed rails to fight against the effects of the perforation, to triple the U.S. public debt, and to increase the government, the only entity that is allowed to spend big.

It's the rarest astronomical event among the predictable ones: the transit of Venus. The 2012 transit of Venus will begin on Tuesday, June 5th, 2012, at 18:09 Boston Daylight Savings Time (or 6 hours later according to the Pilsner Summer Time) and will last for 6 hours 40 minutes or so.

Incidentally, right in the middle of the transit of Venus, the IPv6 Internet Protocol will be launched and good enough internet services will become available both in IPv6 and IPv4 permanently – for many years in which both protocols will co-exist.

Some common sense disclaimer: Europeans will see almost nothing because the Sun can't be seen at night! ;-) Only an (extended/reduced) hemisphere will see (the-whole/at-least-part-of-the) transit of Venus.


The rare event has been useful to determine the solar parallax (8.8 arc seconds) and therefore the distance between the Earth and the Sun. To show how it was done, let me repost my answer at Physics Stack Exchange.

Edmund Halley's method requires one to measure the timing of the beginning of the transit and the end of the transit; both pieces of data have to be measured at two places of the Earth's globe whose locations must be known.


The picture by Vermeer, Duckysmokton, Ilia shows that the two places on Earth have differing locations in two different directions (the differences in the distance from the Sun and Venus are too small to be measurable): one of them is parallel to the direction of the transit of Venus and will be reflected in the overall shift of the timing; the other component is transverse to it and it will actually shift the line along which Venus moves and crosses the Sun in the up/down direction i.e. it will make the duration of the transit longer.

At any rate, Halley didn't live to see a proper measurement (the transit occurs about twice a century and the two events are clumped together with a 8-year break in between). The best he could get was 45 angular seconds for the parallax; the right answer is about 8.8 seconds. He knew that his result was very inaccurate. Note that the solar parallax is the angle at which the Earth's radius is seen from the Sun, i.e. the difference in the rays needed to observe the Sun from the Earth's center and/or a point on the Earth disk's surface.

Some orders-of-magnitude estimate for the numbers. Venus orbits at 0.7 AU so it's actually closer to the Earth during the transit. It means that a shift by 6,000 km up/down on the Earth's side corresponds to about 12,000 km up/down on the Sun's side. So the two horizontal lines crossing the Sun on the picture may be separated by about 12,000 km. Compare it with the solar radius near 700,000 km: you may see that we're shifting the horizontal lines by about 1% of the Sun's radius and the relative difference between \(\Delta t_1\) and \(\Delta t_2\) will be comparable to 1%, too. The last transit in 2004 took about 6 hours so the difference in the duration at various places is of order 10 minutes.

The 2012 transit of Venus on Tuesday night UTC will take over 6 hours, too; the timing and duration differs by about 7 minutes depending on the location, too.

If you've been dreaming about observing the transit of Venus, don't forget about Tuesday 22:49 night UTC; the following transit will occur in 2117. 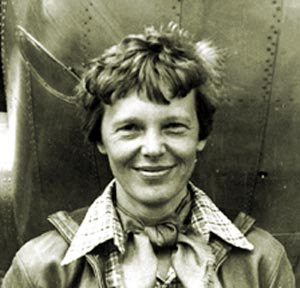 Amelia Earhart's mystery may be solved

Some piece of early 20th century cosmetics – to suppress frickles, something she hated about herself – was found on an island in the Republic of Kiribati, Central Pacific Ocean. It seems likely that she landed there 75 years ago (during her attempt to fly around the globe), sent lots of radio messages, they were ignored as "not credible" by the ships around because this invalid description of the signals was convenient for the lazy folks on these ships (if you're a hero, you shouldn't rely on mediocre bastards), and she died on the island later.

Unless I am wrong, this hypothesis predicts that there must be a defunct aircraft somewhere around the island.