Nuclear energy: Japan is back

Technicality: TRF stopped accepting all new Echo comments. Use DISQUS instead. Echo comments will remain visible and will be hopefully imported to DISQUS before October 1st.

On March 11th, 2011, Japan was crippled by a magnitude 8.9 earthquake followed by a giant tsunami. The number of casualties was clearly high. A week later, Gene made the following prediction in the Echo comments that will hopefully be converted to DISQUS soon (once I prepare all the code and get in the mood):

When this is finally over, in one or two years, the total fatalities will be:

LM: I don't know what Melody Miyuki﻿ Ishikawa thinks about nuclear energy but I know what she should think about it. I embedded the video because 30% of the energy in the chandelier etc. in the video was produced by Japanese nuclear power plants (half a year before the earthquake).

I have found no evidence of earthquake damage to the reactors and they were functioning just fine after the quake.  The problem was the failure of the emergency core cooling systems (ECCS).  It is not difficult to make ECCS systems earthquake proof.  The air intake and exhaust ports need to be elevated sixty feet or so, of course, and electrical cabling and water piping flexible enough to withstand even grade disruption.

The only problem, it seems, was the assumption of a 5-meter maximum tsunami.

I do assume that radiation dosage effects are rate dependent.  It just doesn't make sense that the integrated dosage is the only factor.  There may or may not be long-term mortality effects caused by minor exposures to ionizing radiation so 2) above requires some qualification.  Are there any real experts out there?


With 15 months of hindsight, we may ask: How did Gene do? Well, we're told that tsunami has "only" killed 15,861 people, one third of Gene's estimate. But as far as I know, correct me if I am wrong, his second number was right on the money: the radiation emerging from the Fukushima I power plant has killed zero people. We may effectively argue that the tsunami has only retired a power plant commissioned in 1982 which wasn't too far from a natural retirement age, anyway.


This story and all of its numbers show that nuclear energy is an incredibly safe source of energy. Even in extreme circumstances, we may end up with zero fatalities. There have been lots of work invested to the operations needed to make the power plant lethally damaged by the tsunami safe; but this professional work is a part of the package of the nuclear planning. Nuclear energy isn't supposed to be for everyone. It's an activity reserved for technologically mature societies and their engineers and nuclear physicists.

However, this success, happy end, and proven resilience of the nuclear infrastructure hasn't prevented tons of demagogues from irrationally attacking nuclear energy. Whole nations – otherwise rational nations – decided to ban nuclear energy on their territories. We had to dedicate a dozen of March 2011 blog entries to nuclear energy, in an attempt to spread the knowledge i.e. anti-fear about nuclear energy at least a little bit. In the case of Japan, we can partially understand the fear. They were actually affected by a natural catastrophe that hadn't been included in the plans and they know that the earthquakes may occur again. That's something that defines the identity of their islands.

On the other hand, countries such as Germany didn't have a glimpse of a rational justification for their nuclear exit. Earthquakes of this sort are pretty much impossible over there and almost all German power plants are very, very far from a sea, too.

The stop sign for the Japanese nuclear power plant was nationwide. It was still a clear overreaction. Now, fifteen months later, it became possible to admit that it was an overreaction. At least in the Land of the Rising Sun. Today, Japan's government approved bringing two country's nuclear reactor back online. Greenpeace and similar predictable suspects are screaming. But the government has the power to make such decisions.

Demonstrators and their fists don't like the restart of the Oi nuclear power plant but Japan is thankfully not governed by stupid girls' fists.

I hope that they won't be the only two reactors. If I remember well, about 50 reactors were running in Japan before the earthquake. Congratulations to Japan that has shown it's still a little bit more rational than their German former Second World War allies and many others. It's a bit paradoxical that the country with the genuinely elevated risk of unpredictably huge earthquakes is the first one among the sulking nations that restores some dignity that nuclear energy deserves. But the paradox isn't too shocking if you realize that it's not really rational arguments about earthquake zones that are deciding about the power plants' being switched off; it's all about the various people's degree of irrationality. 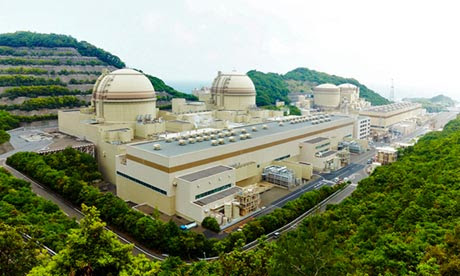 The resuscitation of Oi was previously approved by a local mayor.


Feel free to test the DISQUS comments below (even with comments that are not too high brow) – that have replaced the built-in Blogger.com "slow" comments. All the 10,000 slow comments have been imported to the DISQUS system today; that was straightforward although it took 24 hours. I think that DISQUS tolerates if you write down a nickname instead of your real name. In an extreme case of users who need to hide their identity, you may even fill an unreal e-mail address.

The migration/export from Echo to DISQUS isn't straightforward at all. But at some point, the dominant "fast" commenting environment on TRF will be disabled and the 73,000+ comments will hopefully be preserved.

Petr Jiráček who played for Pilsen a year ago scored the only goal in the Czechia-vs-Poland Euro soccer tournament.

Except for the first 30 minutes, the Czech team was totally destroying our Northern cousins. All the goals scored by the Czech team came from players who either play in my hometown of Pilsen or they played for Pilsen just a year ago before they moved to Wolfsburg, Germany (Pilař played extremely well, too – and Milan Baroš who is a popular target of cheap Czech criticism was a very positively contributing player, too, even though he is not from Pilsen).

Greece defeated Russia 1-to-0 with some luck.

Czechia continues as the winner of group A to the quarterfinals, accompanied by Greece – probably a pair that was believed to be the most likely pair of losers before the tournament. Russia that defeated us 4-to-1 in the opening match is going home. Poland doesn't have to go home because as co-hosts, they are already at home. ;-)
Luboš Motl v 6:22 PM
Share