Supersymmetry in the shadow of photini

You may find many copies of the following sentence on TRF but here we go again: The most interesting hep-ph preprint on the arXiv today is the first one:


Supersymmetry in the shadow of photini


The authors are Masha Baryakhtar, Nathaniel Craig, Ken Van Tilburg – three very young but self-evident big shots in string phenomenology and related issues. As far as I can remember, I only know Nathan. To say the least, he was one of the 5 smartest young (undergraduate and freshman graduate) students I have ever met at Harvard, the kind of kids who just make you say WOW – according to my courses and other pieces of data. I also remember his folder when I was admitting him to the Harvard grad school; even in the context of 400 folders with spectacular grades and recommendation letters, he looked like the real deal to me. (He chose Stanford and it's healthy to try various coasts.)

The title is poetic enough so that I kept it without modifications but their stringy scenario for SUSY is even more exciting. What is it?


People such as Bobby Acharya have appreciated that realistic string compactifications involve complicated manifolds of extra dimensions and you may expect many scalars such as axions resulting as integrals of various higher-dimensional fields over "cycles" etc. These and related axions give rise to the "stringy axiverse". Well, these axions are mostly conjectured to be the imaginary (well, real) parts of the geometric moduli, not periods of \(p\)-form potentials, but that doesn't make much difference.

Masha, Nathaniel, and Ken are the first ones who try to appreciate the importance of another potentially "multiple" kind of fields coming from string theory – new \(U(1)\) gauge fields and their fermionic superpartners – for the collider phenomenology (and direct dark matter searches). The "textbook stringy" examples of such new \(U(1)\) gauge fields are the integrals of the Ramond-Ramond \(p\)-form potentials \(C_{\alpha\beta\dots \gamma}\) over cycles of the compactifications manifold that happen to preserve one index i.e. transform as one-forms (gauge fields). The lore would say that all such new fields are very heavy, much heavier than the electroweak scale, which is why they have been ignored in literature.

But these three physicists think different. At least in some models, especially type II string compactifications, these \(U(1)\) gauge groups aren't too different from the hypercharge \(U(1)_Y\). In fact, they may naturally mix with the hypercharge. Recall that the gauge boson mediating the ordinary electroweak hypercharge, the B-boson, gets mixed with the neutral W-boson to produce a massless photon and a massive Z-boson as the combinations.

The paper also mentions some other arguments why it may be typical for the new gauge bosons and their superpartner to remain light: these symmetries may only be directly higgsed by objects charged under the group. But the objects charged under these Ramond-Ramond fields' periods are wrapped D-branes and there don't have to be sufficiently many to higgs all these gauge groups at the leading level. So only subleading interactions could be responsible for making these new fields massive and some of them may remain as light as the hypercharge fields if not lighter – and the gauge bosons could mix with the B-boson.

In a similar way, the superpartners get mixed, too. It's plausible that the actual hypercharge contains mixtures from other \(U(1)\) groups; and the superpartner of the B-boson, the bino, may get mixed with the superpartners of other photon-like but hidden \(U(1)\) gauge bosons, the photini (the correct Latin plural for a photino), with different and potentially higher mixing angles. Even if you imagine that most of these photini are heavy, there may be a sufficient number of them that one of them or several of them may remain very light. 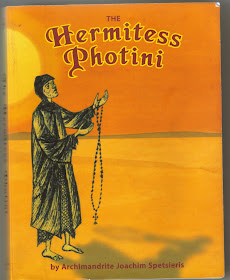 A few centuries ago, a brave woman called Photini decided to disguise herself as a man and she lived as a hermit. Click the picture for more details. Nature decided to commemorate Photini Hermitess' life by making the photini Majorana fermions, a collection of several Hermitian operators.

Let me quickly get to their picture. They say that there could be one or a few light photini with masses such as \(5\GeV\) and/or also \(20\GeV\). Their only (but important) interactions with the Standard Model are due to their mixing with the binos. At some level of the mixing, these photini could be appropriate as dark matter candidates – and maybe even those \(7\GeV\) dark matter particles that are being seen by the "dark matter is seen" camp of the direct search experiments.

This new photino (if there's one) or the lightest among the photini (if there are many) would be the LSP, the lightest superpartner and a possible dark matter candidate. But it's also useful to consider a heavier superparticle, the LOSP which stands for the lightest ordinary superpartner – the final product of decays of superpartners before we switch to the new world of light photini (it's a \(\approx 150\GeV\) bino-like fermion in the model they try).

To make the story short, the usual decays of superpartners at the LHC would proceed much like in garden-variety old "SUSY behind the corner" models except that the missing energy that used to be called the LSP now becomes the LOSP. This LOSP isn't stable but rapidly decays into the true LSP – a photino – and some other Standard Model particles such as leptons. In effect, the models with extra photini dramatically reduce the visibility of the superpartners in events with missing transverse energy. There's almost no missing transverse energy if the true final results are very light and much of the energy is taken by other particles. In some sense, the model replaces many events with missing transverse energy by events with many particles such as multilepton events. Leptonic searches are described as the most promising route to SUSY discovery if their scenario is right.

In models with just one photino, the LHC constraints may become far less stringent. They could be easily compatible with squarks at \(400\GeV\) while a gluino may smoothly return to \(750\GeV\).

Off-topic: a second before tsunami (Sumatra)

Unless the story about the found memory card is a hoax and this picture shows a dust storm, of course...
Luboš Motl v 9:14 AM
Share