Among many other things I experienced today, my nephew told me about various incredible catastrophes he is going to experience in his lifetime according to everything he is told at school and in the media so I decided to look at some of the sources again.

Before I did so, I also tried to explain to him the gases in the atmosphere, the fate of polar bears, projections on various energy sources in the next 50 years, and other things. But you should have no doubt that Goebbels knew why he said that a 100 times repeated lie becomes a truth. When it comes to repetition, I (and we) just can't compete with the huge industry of propaganda spreading utter insanities about global warming and similar degenerative hardcore pseudoscientific delusions. Much of this garbage is directed at children and youth – because some people apparently think they're legitimate targets of shameless brainwashing. As Ian Plimer and Václav Klaus said, the main danger of the global warming doctrine is that the children have already been indoctrinated. Even when the adults manage to defeat the hysteria and all the nonsense it has brought with it, we will be living with a kind of a time bomb because this junk has already been hardwired into the brains of the present children who will become adults in the future.

I am sure that many men would self-confidently consider Lucy Lawless as their female counterpart or potential companion – what they would look like and how they would speak if they were female or how their partner could look like. However, she's dumb as a doorknob; it's really unbelievable.

Yesterday, she gave an interview to some New Zealand media. She complained about her surprise that so little was achieved at Rio+20. Well, this is the first sign that she is living outside the reality. Everyone who follows this topic and who has at least traces of sanity had to know that Rio+20 would achieve nothing except for ideological clichés detached from any policymaking that had to be formulated in a totally impotent way because no one really want to implement any of the psychopathological policies that are recommended by the climate hysteria movement and that would cost trillions of dollars.

But her comments are gradually getting even worse if you keep on listening to the video above.


Xena, the warrior-turned-"scientist" – doesn't like that the Rio+20 documents don't mention any tipping points and the "calamitous weather events" that will affect "billions of people".

Before a discussion about the billions, it would be interesting to see at least 1 person who has been affected by weather events of the kind that statistically significantly deviate from the weather events that the mankind has known in the previous centuries and millenniums by their intensity or frequency.

In particular, she is worried about all those nations that live in the Arctic. Unless, of course, the Arctic is actually covered by an ocean – the Arctic Ocean where it's pretty difficult for humans to live – plus largely uninhabited parts of the Greenland, Iceland, Finland, Sweden, Norway, Russia, Canada, and the U.S. But I don't want to be too ambitious as a teacher who would plan to explain the concept of the "Arctic Ocean" to Lucy Lawless.

Also, it would probably be foolish to try to explain that it's pretty cold in the Arctic and if some temperature change would make the Arctic less compatible with life, it would be additional cooling, not warming. Needless to say, Lawless believes that one may build lots of new jobs by banning fossil fuels that are "dwindling" – she has probably not heard about tar sands and shale gas yet. But even if the fossil fuels were dwindling, banning them abruptly would surely not help the job market, would it?

But I exploded in laughter when she described the global role of the New Zealand energy industry. New Zealand is lucky to have an electricity industry whose 23% is made of fossil fuels, 0% is made of nuclear energy, and 77% is represented by renewable energy, especially hydropower, partly geothermal power, and – in recent years – wind energy. I say it's lucky because not every country has 24 peaks above 3 kilometers of height (they may give some potential energy to the water for your hydropower plants) much like not every country has oil reserves of Saudi Arabia. For example, Czechia (where hydropower is still the dominant "renewable" source despite the fact that we have also managed to become a solar superpower due to some insane policies of subsidies 2-3 years ago that have already been largely reverted) only has 4 peaks above 1,500 meters of altitude. So we just do need lots of fossil fuels and nuclear power plants, too. Donate us the territory of New Zealand and things may be different. But the landscape does affect what one needs to do to survive – or flourish. But let me return to Lawless' recommendation to the energy industry of her homeland:

We should be selling that energy all over the world! ROTFL. ;-) 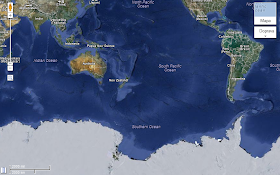 To export her hydropower to the U.S., for example, she will have to build 10,000+ kilometers of trans-ocean or superconducting power lines to California. I suspect the construction will be funded by donations to Greenpeace New Zealand. Good luck! She's been active in this kind of business for many years but her knowledge about the real world hasn't yet surpassed the knowledge of an average girl in the kindergarten.

This misunderstanding of the concept of "distance" is pretty typical for the global warming movement, especially because of the adjective "global". The idea is that the planet is a small organism and everything is connected with everything. So if an actor in New Zealand decides to export electricity to California, New Zealand will just place the power lines between California and New Zealand, right? She's used to fly everywhere and it takes a few hours. So it can't possibly be difficult to transfer energy over 11,000 km, either, can it?

In reality, almost nothing is global. The electricity sectors of the continents and, to a large extent, countries are isolated from each other. It's not economically feasible to export hydropower from an isolated island to a different continent. The world is still very large and is composed of lots of regions that live their own local life and don't interact – and can't interact – with each other much. There's no global warming. There's local warming somewhere, local cooling elsewhere, and different places don't give a damn about what's happening elsewhere. (And in most cases, a one-degree temperature changes are irrelevant even for the same places where the change occurs.) Almost everything is local. The laws of physics, quantum field theory, is strictly local. The very idea about a global world that is one whole – something that Lawless has repeated many times as well – is nothing else than an idiocy. There is nothing unified about our planet.

Lawless also screams around 3:50 that a New Zealand female minister blew her mind when she said that their country is doing fine when it comes to the renewable fad. 77% of energy being renewable is not enough for the Princess Warrior. ;-)

It's surely fun to watch personalities like herself – which is why I sometimes do such things – but if you think about the content independently of her fame and appearance, you must cry. You must cry about the intellectual quality – more precisely, the bug-nutty, bat shit craziness – of the people who may actually be considered the world's leading opinionmakers at the beginning of the 21st century, a century that used to be connected by writers of science-fiction novels as well as many others with a rational world based on the omnipresent science and technology. Opinionmakers who shouldn't have been allowed to complete their elementary school (if not the kindergarten) because they demonstrably lack the knowledge that the elementary school should teach everyone.

If we don't look at the increasingly squeezed and harassed – yet still amazingly efficient and progressing – industry and we look at the general culture, we must conclude that most of the science-fiction writers were just wrong when they were writing about the years right after 2000. Instead of a futuristic world, most of the mankind is returning to the Middle Ages, being led by bug-nutty, bat shit crazy crackpots and witches such as Lucy Lawless.