Update: I just received my $500. Thanks to the trustworthy losing party! ;-) 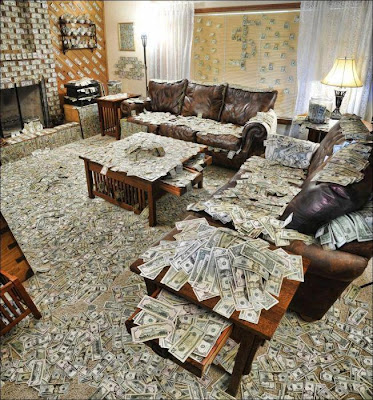 Now I must tidy up my living room. I foolishly made a bet that they would produce *a* Higgs boson but I forgot that they could produce many of them...


If you didn't watch the July 4th, 2012 Higgs talks, here they are recorded to be replayed.

Just hours after the yesterday's discovery of the Higgs boson at CERN, my counterparty contacted me by e-mail, conceded defeat in our 2007 bet, and requested the relevant contacts or banking numbers to pay $500.

So I sent the data and I haven't heard from him again after that so far but I hope it will get fixed because the story about the bet is already a topic in the Czech media. ;-) (The interview will be visible to the public on Monday, to avoid low traffic in the two post-Independent-Day Czech national holidays.)

In that interview, I sketch the situation with the Higgs, research in HEP physics, its meaning, expected Nobel prize winners, emerging anomalies etc. I also say that a part of the $500 will be used to sustain the $100 funds needed for the case that I lose the SUSY bet against Adam Falkowski of Resonaances. A more interesting outcome would be if the LHC does find SUSY; in that case, Adam Falkowski will owe me $10,000: a more explosive bet, you know. ;-)

But there was an even more interesting bet. I knew that Stephen Hawking made a bet against the Higgs boson (what was he thinking?) but I didn't know – or I forgot – who was the other party.

AFP and hundreds of other media outlets demystified this mystery: it was no one else than TRF guest blogger Gordon Kane.

Congratulations, Prof Kane! (See dozens of articles with his name on TRF.)

Sadly for Gordon Kane, his counterparty couldn't afford more than those $100 – he only receives occasional money from professorships, tens of millions of sold copies of books, and similar modest sources. Moreover, Stephen Hawking had to buy lots of things, such as an encyclopedia for John Preskill, for his previous lost bets, such as one in which argued that the information really gets lost in the black holes. Needless to say, the scalp of a very famous physicist is probably vastly more valuable than the actual bounty in this case – even though Gordon Kane isn't the exclusive owner of this scalp anymore. ;-)

Has Martinus Veltman lost a bet? Given his anti-Higgs rhetoric in the past, he would deserve to pay millions. According to his latest talk in Lindau, he reconciled himself with the existence of the Higgs but he says it's a bad news because it's "closing the door". Go to 30:00 of the video or so.
Luboš Motl v 6:06 PM
Share