Japanese guy may have proved the \(abc\) conjecture

Up to a few exceptions to be proved separately, a strengthening of Fermat's Last Theorem


Shinichi Mochizuki of Kyoto divided the steps needed to prove the 1985 conjecture by Oesterlé and Masser into four papers listed at the bottom of the Nature article above. 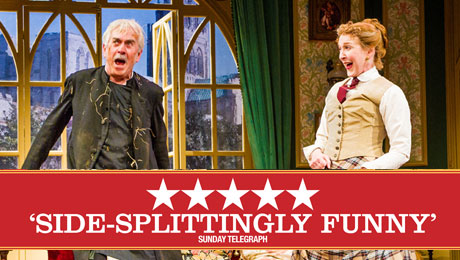 The newly revealed proof works with mathematical structures such as the Hodge theaters (a theater with Patricia Hodge is above, I hope it's close enough) and with canonical splittings of the log-theta lattice (yes, the word "splitting" is appropriate above, too).

What is the conjecture about and why it's important, perhaps more important than Fermat's Last Theorem itself?


First, before I tell you what it is about, let me say that, as shown by Goldfeld in 1996, it is "almost stronger" than Fermat's Last Theorem (FLT) i.e. it "almost implies" FLT. What does "almost" mean? It means that it only implies a weakened FLT in which the exponent has to be larger than a certain large finite number.

I am not sure whether all the exponents for which the \(abc\) theorem doesn't imply FLT have been proved before Wiles or whether the required Goldfeld bound is much higher. Please tell me if you know the answer: what's the minimum Goldfeld exponent?

Off-topic: When Ben Bernanke was a kid... Via AA

Recall that Wiles proved Fermat's Last Theorem in 1996 and his complicated proof is based on elliptic curves. That's also true for Mochizuki's new (hopefully correct) proof. However, Mochizuki also uses Teichmüller theory, Hodge-Arejekekiv theory, log-volume computations and log-theta lattices, and various sophisticated algebraic structures generalizing simple sets, permutations, topologies and matrices. To give an example, one of these object is the "Hodge theater" which sounds pretty complicated and cultural. ;-)

I am not gonna verify the proof although I hope that some readers will try to do it. But let me just tell everybody what the FLT theorem and the \(abc\) theorem are.

The \(abc\) conjecture says the following.

For any (arbitrarily small) \(\epsilon\gt 0\), there exists a (large enough but fixed) constant \(C_\epsilon\) such that each triplet of relatively prime (i.e. having no common divisors) integers \(a,b,c\) that satisfies \[

\] That's it. I used larger fonts because it's a key inequality of this blog entry.

In other words, we're trying to compare the maximum of the three numbers \(\abs a,\abs b,\abs c\) with the "square-free part" of their product (product in which we eliminate all copies of primes that appear more than once in the decomposition). The comparison is such that if the "square-free part" is increased by exponentiating it to a power \(1+\epsilon\), slightly greater than one but arbitrarily close, the "square-free part" will be typically be smaller than \(abc\) and even \(a,b,c\) themselves but the ratio how much it is smaller than either \(a\) or \(b\) or \(c\) will never exceed a bound, \(C_\epsilon\), that may be chosen to depend on \(\epsilon\) but it isn't allowed to depend on \(a,b,c\).

Now, you may have been motivated to jump to the hardcore maths and verify all the implications and proofs that have been mentioned above or construct your own.
Luboš Motl v 7:49 AM
Share