There's a national holiday in the Czech Republic today. We call it the Day of Czech Statehood.

On September 28th, 935 – or perhaps 929 – Good King Wenceslaus (later St Wenceslas, the patron of the Czech nation) whom you know from a Christmas Carol was murdered by his brother Boleslav the Cruel.

It's probably unusual to celebrate anniversaries of the assassination but that's how it works here. No one knows the exact birthday of the king in 907, anyway. Today it's also the name day of all people called Václav (=Wenceslaus) – a traditionally popular first Czech name that was also recycled by several Czech kings of a later era but one that began to disappear among the newborns, however. Despite the decline of the name, it's been an unwritten rule that the presidents of the Czech Republic have to be called Václav: Havel and Klaus both bore this name. To make things dramatic, the Bashar Assad lookalike on the picture above shot the current leader, Václav Klaus, today.


I couldn't tell you before the fold because the punch line would be lost. But fortunately the bullets were made of plastic and the gun was mostly addressed to users among children. ;-) Nevertheless, the incident shows a failure of Klaus' bodyguards. After the "assassination attempt", Klaus continued in his discussions with the citizens. He was in a small town of Chrastava to reopen an Art Nouveau bridge that was damaged by some floods 2 years ago. 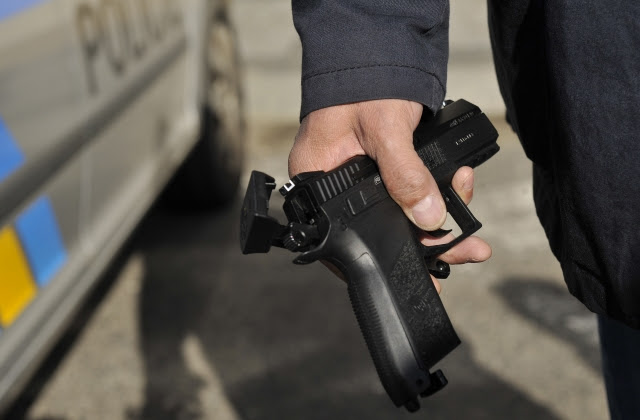 This gas revolver was shooting at Klaus today.

Today, Klaus also spoke at an event of the Catholic Church where he urged the society to protect traditional values against various sort of "progressives" – well, he used a more funny and somewhat more obviously derogatory Czech word "pokrokáři" (Progressers? Progressists?) – but the content is clearly the same, anyway. :-) 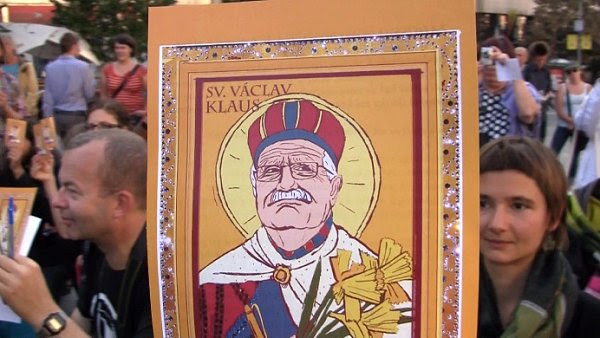 Some of the Catholic recessists attending the St Wenceslaus Pilgrimage demanded Václav Klaus to be canonized.

If you have the nerves, you may watch those not so dramatic moments. Don't expect the assassin to be some extremist with clear anti-Klaus opinions. After his shooting, TV Prima reporters just asked him why he pulled out the gun. He replied with a formally coherent sentence: "Because the politicians are deaf and blind to the whining of the people." ;-) Just a countryside moron.

Update: the shooter, Mr (probably not Dr) Pavel Vondrouš, has actually had links with the communists but they kicked him out of the party. On his Facebook account, he says: "Pokut se mespojime vase deti se budou myt hur." This has four huge and embarrassing grammar errors, even if I ignore the missing diacritics, and it means "Iv we ton't join our forces your children wyll be worse off."
Luboš Motl v 5:49 PM
Share