Seasonal and daytime variations in the gamma decay rate

Several readers have directed my attention to a recent, May 2012 Stanford-Purdue-Israel preprint on the seasonal variations of the gamma decay:


Analysis of Gamma Radiation from a Radon Source: Indications of a Solar Influence


They look at gamma (and alpha) radiation emitted by radium-222, an isotope arising from a decay of uranium-238 through radium-226. What they found was a more striking and accurate confirmation of a 2008 preprint (see TRF 2008) by similar authors. 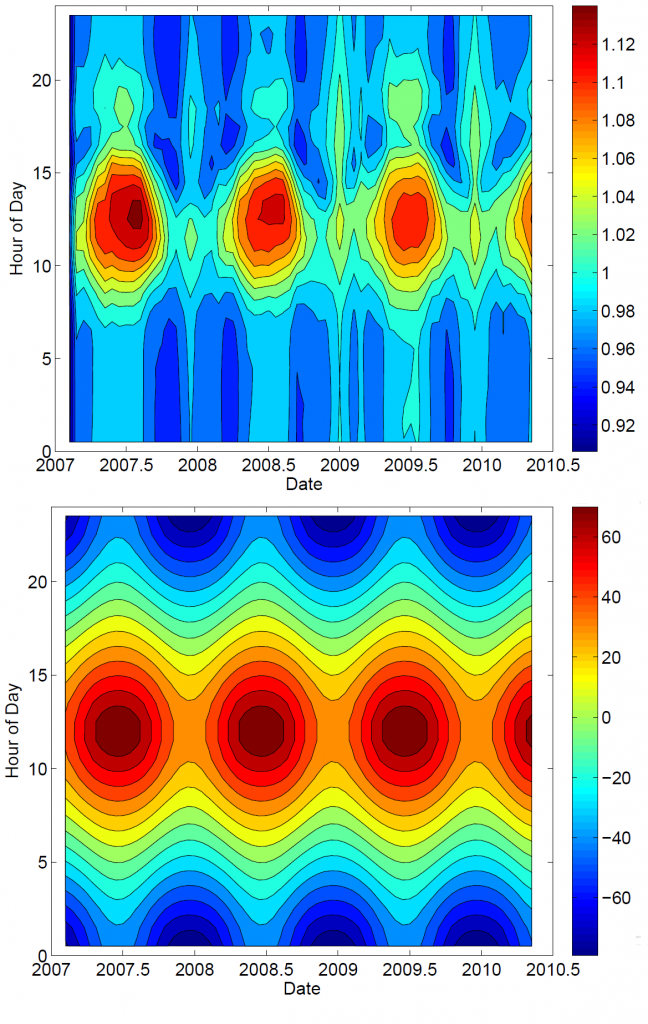 Via Wave Watching which offers a useful introduction to the story.

To compare, the lower graph shows you the altitude of the Sun in degrees as a function of the same date and time.

A few years ago, similar results were interpreted as the seasonal dependence of the fundamental constants of Nature. I have thought and I still think that such an explanation was a contestant in a contest looking the most implausible, almost paranormal explanation. There isn't any other excuse to think that the fundamental constants should vary, especially not with seasons.

Let me assume that the effect isn't caused by some really mundane systematic effect, something silly that the authors are doing. But this assumption isn't necessarily a proof that the effect proves that there exists new physics. Of course it's at least academically plausible that the properties of nuclei depend on the distance from the Sun or a similar thing.

However, it seems much more plausible that the effect results from the influence of well-known types of particles. In particle, the gamma-ray events they observe don't have to be pure decays (processes with 1 particle in the initial state). They may be collisions, either with some photons or with neutrinos (or, for the sake of completeness, a new particle species) coming from the Sun.

Let me emphasize that if an additional incoming particle plays a role, it's a big mistake to call it the observation of gamma decay! Collisions are not "decay". From a microscopic or fundamental viewpoint, it's also nonsensical to declare the temperature as the driver of the variations: temperature is just a statistical description of energy randomly stored in every degree of freedom but to explain a particular nuclear reaction, we should still be able to see which degree of freedom – probably which field or which particle – showed its muscles.

In his 20-minute May 2012 talk, Peter Sturrock was betting on the neutrinos, too.

The periodicity may have its origin in the solar core, as they suggest. However, if the neutrinos are the culprits, it would seem much more sensible to expect that they're able to ignite some beta-processes, and not gamma-decay.

At any rate, people shouldn't prematurely attribute such observations to some "ghostly" invisible variation in the laws of physics unless they prove that there isn't any extra particle coming from the Sun in the initial state that is behind some (or all) of the processes. 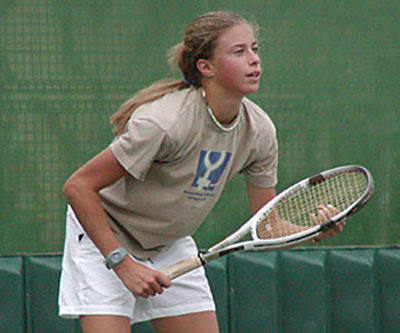 The New York Times has a fun article on Ms Andrea Hlaváčková, an Olympic silver medalist of Pilsen, who just happens to be the daughter of the master brewer of Pilsner Urquell. ;-) It's not just some random appointment by a committee: their dynasty has run the brewery for a century.
Luboš Motl v 8:09 AM
Share