TBBT: Off topic news: tonight, the S06E04 episode of The Big Bang Theory will finally bring Howard back to Earth. A game night will become a gender war.


All the Czech media and some international outlets inform about the decision of Mr Petr Nečas, the Czech prime minister and a trained plasma physicist, to veto the planned European pan-continental bank supervision as it stands. This project is pushed primarily by Monsieur Hollande. 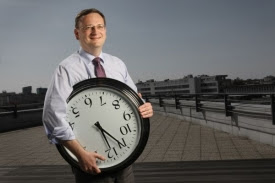 He argues that the Czech Republic would be the most severely affected country of the EU. In this particular question, you should forget about President Klaus' being the only Euroskeptic. I think that there exists a consensus among the ministers, top lawmakers, and all important people in the Czech National Bank, not to mention other top-tier economists and the Association of Exporters, among many other key folks in the economy, that the planned unification of the bank supervision in the EU would be extremely harmful and dangerous for the Czech Republic.

The current legal system allows a member country to veto similar pathological ideas and stop them dead in the whole EU.


After 1989, when a national consensus to privatize almost everything in what had been the most socialized economy in the world emerged, we had lots of discussions about the character of the privatization. Should we sell our "family silver" to foreign owners? There has been a lot of emotional opposition but it gradually went away and we became really open. It's also true that the companies – like Škoda Auto – sold to foreign owners – such as Volkswagen – generally became more successful. But here you could be tempted to confuse the cause and the effect. The foreign owners may have bought the companies exactly because they knew they were promising, and the hopeless ones were waiting for the domestic privatization, e.g. voucher privatization.

At any rate, the banking sector is a great example of the fact that the "family silver" meme has been pretty much eradicated. About 95% of the Czech banks are controlled by foreign mothers. ČSOB where I have accounts etc. is owned by Belgium's's KBC, LBBW CZ where I have some additional accounts is obviously owned by LBBW Germany, KB is owned by SocGene, and so on, and so on.

Deposits are insured, and so on, but you still want to know what happens if a bank goes bust. The major Czech banks, under the current conditions, won't and can't really go bust. They're in a great shape, they benefit from the conservative Czech savers who are always ready to survive smaller profits and higher fees (quite generally, Czechs always complain about all such things but they rarely do anything about their complaints). Almost all Czechs' loans are in our currency and Czechs are savers, not so much borrowers, the banks are not excessively leveraged, and many tests have shown they're resilient.

But even if one of the Czech daughters had some problems, it's likely that the mothers would do something about it because it wouldn't be a great advertisement for the mother to let her daughter – in an otherwise stable Czech financial sector – die.

On the other hand, the bankruptcy of the mothers is much more serious an issue. I can imagine tons of scenarios in which those banks, like KBC in Belgium, would go bust. Under the present Czech law, this wouldn't be a problem for the Czech clients of the Czech daughter banks. The daughters are owned by the mothers so if the mothers filed for bankruptcy, the daughters would simply be used as collateral to repay a part of the debt. Effectively, the clients of the Czech daughter banks would simply learn that their banks has been bought or obtained by another mother, and we don't really care.

This safety is possible because the Czech banking supervision is making sure that the money is not directly "mined" by the mothers from the daughters. The Czech daughter banks must run as legitimate for-profit companies and only when they actually make a profit – increase the total "wealth" in a year – this profit may be grabbed by the mother banks, after it's properly taxed etc. But just like human mothers are not allowed to directly eat meat from their daughters :-) or drink blood from their cardiovascular system, mother banks aren't allowed to directly suck resources from the daughters. Even when the daughters are wholly owned by the mothers, the mothers have to behave as if they were shareholders who have to respect many other shareholders' rights.

This principle restricting the rights of the mother/owner is of course important for the protection of the Czech financial system against various unstable infections that exist in the rest of Europe. By moving the bank supervision and the location of the insurance fund to Brussels, the Czech financial system would be moved from the peaceful and safe waters of the South Bohemian Pond to the Fiscal Cliff of Athens and similar PIGS-powered disasters. Czech savers and borrowers alike could easily find out that they must pay a premium for the insurance of Greek and other parasites whom we don't really want to care about and whose irresponsibility is so out of control that it simply cannot be contained or fixed by a small fee. It's clear that the Czech government must do everything it can to guarantee that the Czech Republic won't lose its sovereignty over the bank regulation. It's very urgent in our case but other safe financial systems should also work hard to protect themselves against the infection from the outside because healthy national financial systems are important not only for these nations but for everyone else, too. The places where the financial systems work should have more power, not less power!

Since 1977, when Charter 77 was born, Czech dairy producers have been producing butter spread under the Czech name that effectively means butter spread – "pomazánkové máslo". It has about 31% of the milk fat (so it is a butter, to a large extent, unlike "I can't believe it's not butter" margarins etc.) and is easy to spread. However, today, after some legal battles, the European Court of Justice decided that the European bureaucratic assholes have the right to ban "butter spread" under this name in the Czech Republic because it contains less than 80% of milk fat, the threshold they decided is necessary for a product to contain the word "butter".

A note for the U.S. producers: if you will join the EU, "I can't believe it's not butter" will also be banned because it contains less than 80% of milk fat (almost zero) and it contains the word "butter". ;-)

The CEOs of the Czech companies have already declared their decision to ignore the verdict and recommended the European bureaucrats to eat their own excrements if they don't like "butter spread". I don't know what will happen when Czech companies refuse to lick asses of some unelected assholes in Brussels who have no "physical" enforcement forces. I just think that it may become a pain in the neck in the world of diplomacy.

This decision came just one week after another one. A week ago, the European Union banned "marmalade" in the Czech Republic. The arrogance of the EU asshole in this story was also stunning. For centuries, our grandmothers would eat marmalade and called it in this way. The Czech Wikipedia explains lots of details about marmalade, what it is made of, and how it differs from jam. Marmalade can be done out of strawberries, apples, cherries, and many other fruits. Unlike jam, it contains no pieces of fruit but it is thicker (higher viscosity). At any rate, "marmeláda" is a specific word that is being used for certain things in the Czech language.

However, the European bureaucrats told us that they understand the Czech language more correctly than we do. We learned that our grandmothers haven't been eating marmalade for centuries at all because marmalade must always be produced out of citruses! Give me a break, idiots. In Czechia where citruses can't be grown because there exists no sufficient global warming to achieve this goal, we've known how to make a marmalade out of non-citrus fruits for centuries. Get used to it.

Marmalade and butter spread are annoying sacrifices (see the story of the domestic rum, the previous victim of the EU bullies) but needless to say, relatively to the sovereignty over the bank supervision, they're just childish jokes.
Luboš Motl v 1:02 PM
Share