Somewhat off-topic: Fred Singer has pointed out that Martin Fleischmann, a co-father of problematic cold fusion claims, died a month ago. RIP (although I don't believe that fusion can be cold). He was born in Czechia.


The Czech Republic whose population is, according to surveys, the most pro-nuclear-energy nation in the world is producing about 1/3 of electricity in nuclear power plants. Plans to move this figure closer to 1/2 are underway. 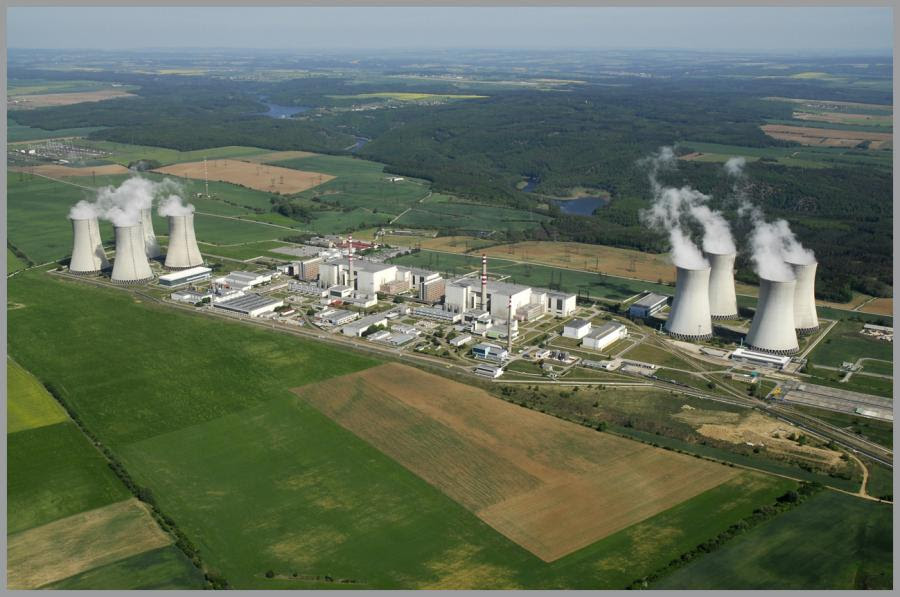 Temelín – with its combined Russian-American design – was opened after the fall of communism, in 2002 (although the construction began in 1981), and it was a frequent target of attacks by the Austrian Luddite activists. However, Dukovany (constructed started 1974, opened in 1985-1987) which has apparently invited almost no opposition just came under a vicious assault by the EU bureaucrats.

Just an hour ago, the Czech media informed about a stunning development in the EU headquarters:


Brussels is going after the neck of [trying to close] Dukovany: because of Russian uranium (autom. translation, week.cz)
ČEZ [the utility running the power plants] faces pressure to close Dukovany due to the uranium from Russia (autom. translation, idnes.cz)
Reuters press digest


We are learning that the Europeans are not allowed to buy uranium enriched outside of the EU due to some strange paragraph agreed upon at the 1994 EU Corfu Summit (island in Greece). Holy cow. How many shocking ghosts of this magnitude does the EU have? We weren't members of the EU at that time and the citizens who were deciding about our EU membership in a referendum were not told that "Yes" could mean that some stunning assholes could get a weapon to close our nuclear power plants because of some silly sentence okayed by some drunk and corrupt jerks at an island belonging to a country that shouldn't have been in the EU at all. If this information were the case, I would consider the referendum to be fraudulent.

Moreover, ČEZ argues that it had signed the contracts about the purchase of the uranium with the Russians before we entered the EU – and this contract was approved by the ESA Euroatom's Supply Agency. Let's assume that at least the legality of this contract will be respected by the EU assholes. However, this contract only lasts through 2018 and although both sides are ready to sign a new contract that de facto extends the current one beyond 2018, the EU assholes could see a new opportunity to stop the purchase. They are already trying to create problems by saying that Finland which has a power plant (Loviisa) in a similar situation did manage to get an exemption – and we may just "fail" to get it because the anointed ones are no longer in a good nuclear mood.

I find the restriction on the nuclear suppliers to be an unbelievable violation of the basic rules of the free markets and economic freedom of the countries in general. Note that the Corfu Agreement I have never heard of bans not only Russian nuclear fuel but also, for example, the American one. By this declaration, the EU is trying to present itself as the world's self-sufficient and ultimate dominant leader in nuclear technologies which it's surely not. Europe just can't afford similar bans of business relationships with the world, especially when it comes to hi-tech industries in which it is arguably not the world's #1.

How many time bombs of this sort are there in the impenetrable laws and treaties that the EU has managed to sign at various random islands over the decades? I find it scary. Only if an interested citizen such as myself had the capacity to read a summary of all these contracts, I would view them as legitimate. If the European Commission is really serious about pushing this insanity, I want my country to leave the EU. It's not just about the billions of dollars per year that the EU wants to steal from a major Czech company – one that is clearly too big and too important to fail. It's about our right to provide ourselves with the basic needs for modern life such as electricity.
Luboš Motl v 9:28 AM
Share