The black hole firewall argument by AMPS is probably invalid but it has already led to a significant new wave of research and discussions about the black hole information puzzle which is a good thing. 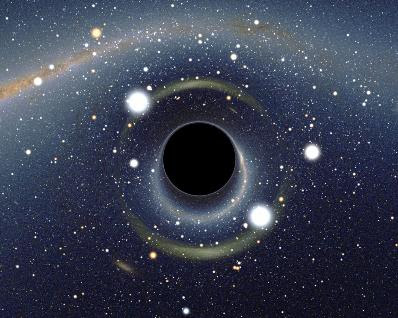 There are some new papers since my most recent comments on the firewall controversy. But what happened today is kind of remarkable: just today, there are a whopping three papers on the black hole firewalls!


The papers are the following ones:


The middle paper by Verlinde Squared is the only one that tries to confirm the firewall argument – well, it seems that it's taken as an assumption and they are adding some formalism that is mathematically analogous to the quantum error correction codes (from quantum computation). The remaining two papers think that the black hole firewall argument is invalid although the first paper only claims to show this point "indirectly".

I know all the authors of the first two papers – Kyriakos and Suvrat have been very smart Harvard students and Suvrat has been my excellent T.A. as well.

The authors of the last paper (which is a continuation of a July 2012 and an October paper they wrote with Sean Weinberg) are not known to me, as far as I remember, and their short paper refuting AMPS isn't quite 100% comprehensible to me so far but it's rather likely that they're saying some of the same things that I do. When I read lots of sentences about the degrees of freedom being "the same" and about the bases' being dynamically determined by the relevant Hamiltonian etc. (bottom of page 1, top of page 2), it almost sounds like they copied it from this blog. Indeed, for an observer who may fall inside the black hole, the state evolves into a superposition of macroscopically different states (they say "classical worlds") and different terms in this superposition lead to different natural operators (local operators inside vs. operators defining properties of the Hawking radiation) and therefore different "preferred bases" of states onto which measurements may "project".

I totally agree with that – well, see my description of the same point – and I also think it's an essential point about quantum mechanics that AMPS misunderstand although I don't quite see Nomura's and Varela's explanation why AMPS are wrong in its entirety.


TBBT: Last night (Parking Spot Escalation), Sheldon (plus Amy) fought Howard (plus Bernadette) because of Sheldon's parking spot. Sheldon was also computing some six-loop amplitudes on that spot using twistors. The exchanges between the men were more physical but the women's conversations were nastier.


The Verlinde paper may be kind of relevant but I don't believe it really applies to genuine black hole physics because some of the implications/assumptions aren't right: they seem to uncritically adopt all the AMPS claims as their starting point. It seems kind of "expected" to me that one may write down some toy models that agree with the firewall picture. But they disagree with the equivalence principle near the event horizon, so they are not constrained by this particular strong condition which makes it easier to find "examples". To summarize, I think that they're constructing a toy model for something that isn't equivalent to black holes in quantum gravity. They're really talking about some kind of a star, not black hole, that is claimed to behave as quantum error correction codes (their not-so-correction codes lead to errors with the probability approaching 100%, anyway, but I don't want to discuss the details of their paper here; I also think that the attempts to find links with quantum computation or other fields of science are kind of artificial and driven by the desire to be "cool"; their comments about the "black hole final state" sound meaningless to me because the "black hole final state" may only be discussed if the black hole interior is empty and obeys GR almost up to the singularity which they deny by adopting the firewall assumption). 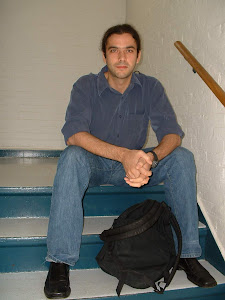 It's really the Kyriakos-Suvrat paper that I am most intrigued by. I would even say that it's the best "general enough" paper that's been written about the black hole information issues ever – although the authors are of course standing on shoulders of some giants or at least large people, of course. ;-) They use the AdS/CFT correspondence and the 1996 thermofield doubled formalism by Takahashi and Umezawa to show quite explicitly that the black hole complementarity works. Analytic continuation, especially shifts of time by \(i\beta/2\), plays a key role and I feel nearly certain that this is a necessary tool and a right tool to look at the black hole interior properly and to explain why the black holes look nearly thermal but they don't have to be thermal.

In the past, various people have tried to use the AdS/CFT to look inside black holes. In particular, I can't forget those highly thought-provoking yet confusing attempts by Fidkowski, Hubeny, Kleban, and Shenker in 2003. They looked for some saddle points of the path integral corresponding to trajectories visiting the interior, or something like that. But the continuation used by Kyriakos and Suvrat seems much more solid and natural to me. What is it about?

\] The expectation values of operators \({\mathcal O}\) in the thermal state (and non-doubled Hilbert space) may be rewritten as expectation values of similar operators \({\mathcal O}\) in the state above, one that belongs to the doubled Hilbert space, as long as these "similar operators" only act on the first copy (first tensor product factor) of the Hilbert space above. Look at equations (5.1) etc. of their paper if you don't know what I mean but it's kind of trivial.

An annoying detail is that the individual phases of the energy eigenstates \(\ket E \otimes \ket E\) could be changed arbitrarily without changing the expectation values and I am not sure what these phantom cousins of the pure state mean and which of them are allowed.

\] When I was writing these lines for the first time, I didn't quite understand whether they really meant that the spatial coordinates \(\vec x\) are kept fixed and what it means (the signature of the coordinates gets kind of reversed below the event horizon etc.) but it is clear what they do with the time coordinate \(t\).

This identification gives you a very specific realization of the black hole complementarity. You literally write down the local operators perceived by the infalling observer as some analytic continuation – evolution via complex time – of the operators that are outside. While the tilded and untilded operators commute with each other on the doubled Hilbert space, their representatives on the actual Hilbert space (where we deal with the thermal state) don't effectively commute. However, the entanglement between them that is imposed on you by shrinking the doubled Hilbert space to the normal one is so complicated that it doesn't affect any reasonable-precision correlators of a reasonable number of operators.

(Question for you: does the analytic continuation preserve the reality/Hermiticity conditions for the fields?)

Their construction, if correct, explicitly confirms the equivalence principle and the black hole complementarity in the case of the "large AdS black hole" which is larger than the AdS radius or so and, consequently, doesn't Hawking radiate (unless we count the Poincaré recurrences as a type of the Hawking radiation). But it seems that the general formalism demotivates, to put it mildly, the AMPS claims about the small, and therefore evaporating, black holes as well.

Kyriakos and Suvrat also claim to refute something about fuzzballs. I think they're almost certainly right but I didn't know that Mathur et al. would disagree. The question is whether the infalling observers may see the hypothetical fuzzball structure of the black hole. Kyriakos and Suvrat say No – because it would need to measure things with an exponential accuracy or measure high-\(n\) \(n\)-point functions. I am confident that they're right but I thought that Mathur et al. would agree that the fuzzball structure of a microstate could only be measured by some very accurate measurements done by observers outside the black hole who send some probes into the black hole very cleverly, or it may be practically measured by no one at all.

While I think that the analytic continuation is the most natural approach to the black hole interior, it doesn't seem strictly incompatible with the existence of the fuzzball solutions. If the solutions exist, they exist. They may provide you with another description which may be equivalent.

Of course, I have always thought that the analytic continuation will offer new perspectives to understand the black hole information and quantum gravity issues in general and we may already be seeing the transformation of these sketches to some tangible mechanisms. In this particular paper, I would say that an explicit construction was shown that preserves the equivalence principle accurately up to the exponentially tiny errors but it is still compatible with the proposition that the degrees of freedom that the interior operators act upon are just scrambled versions of some degrees of freedom outside the black hole.

The black hole complementarity works, stupid, and the firewalls don't have to be believed to exist.

Meanwhile, Kyriakos and Suvrat write lots of very crisp and probably true general things about what thermalization means, how it requires a division of the degrees of freedom to the accessible coarse-grained ones and inaccessible fine-grained ones (the environment), how the density matrix in the former (traced over the latter) gets thermal soon, why the division may be done in various ways, and so on. It is simply a wonderful paper showing a lot about how things actually work.

P.S.: I've spent a few hours with the Kyriakos-Suvrat paper and I am sure that many folks who have read it will find some of the sentences above misleading. Incidentally, the Verlinde Squared paper, while classified as pro-firewall, could be kind of compatible with some of the other pictures, including Kyriakos-Suvrat picture. The error correction code may be a different way of describing the construction of the tilded operators. But their discussion is much less accurate when it comes to the GR-like description of the degrees of freedom so they simply can't answer many questions that Kyriakos and Suvrat may. Quite generally, many papers' claims that some principles have to be sacrificed (probably at the leading order or in accessible experiments) are due to sloppy guesses of the kind "it's hard to imagine that this could work, too". But Kyriakos and Suvrat do show that all these things do simultaneously work at an amazing accuracy and there's no contradiction.
Luboš Motl v 9:10 AM
Share