Journey towards idiocracy may have begun 2,000 years ago

In the 2006 Idiocracy film (Wiki), an average soldier is hibernated and appears in the year 2505 AD to find out he is the brightest person in the world. So he is elected the U.S. president and tries to save the world that will have been plagued by centuries of deterioration and brainwashing. 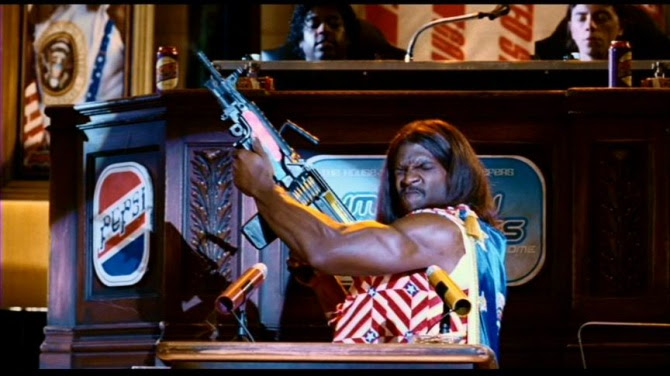 Now, the geneticist Gerald Crabtree of Stanford has published two papers in Trends in Genetics:


The Guardian offers a clear summary of the papers:


They're purely theoretical papers but they contain much more than an unjustified guess. The author tries to quantify the number of genes responsible for the intelligence and the degree of selection that the lifestyles at various moments of the human history imposed on the genes.

Because the punishment for low intelligence was arguably severe and mostly lethal when humans were hunterers, people were smarter. The decline is linked to the appearance of agriculture. Well, in some regions, the agricultural revolution already began with the neolithic era, perhaps 20,000 years ago. But there are other complaints one could invent.

In particular, the choice of agriculture as the main culprit seems a bit arbitrary. There are lots of other achievements that have both simplified human lives as well as encouraged the people to be ever less intelligent. After all, agriculture also needs some thinking. In my opinion, nothing like agriculture or steam engine or computers can match the crippling effect that the modern welfare states and political correctness have on the genetic quality of the human population when it comes to the intelligence.

The timing is subtle and hard to measure and there may also be "different types of intelligence" that peaked at different moments. However, I think that the most universal assertion of the papers, namely that there is a point ("peak IQ") at which the people's intelligence starts to decline, has to exist, is valid.

I've been often thinking about the true intelligence of folks like Isaac Newton – who was arguably the smartest famous man who was ever walking on the surface of the globe. I included the word "famous" because it seems very plausible to me that there have been smarter folks who just weren't as lucky as Newton so they didn't make the same impact. But if one focuses on the famous folks, Newton was arguably #1.

It's interesting to guess how quickly Isaac Newton would be able to learn quantum mechanics, general relativity, string theory, and all the things needed to become the #1 physicist in the world of 2012 who would also discover new things we are unable to find. It seems more likely than not that he would have the potential to become a top physicist, I am slightly less certain that he would be considered #1 – of course, the folks who judge others may often be wrong – but it's also plausible that he would have trouble with the new physics in a similar way as Albert Einstein had trouble with quantum physics (and there are other examples). Some great personalities may have only been given the potential to lead a particular revolution or two but not "any revolution".

There are many theoretical questions about the actual behavior and evolution of the mankind's IQ distribution. And there are also many practical questions whether it matters and whether something should be done about it – and what should be done about it if the answer is Yes. I am agnostic about it. Any policies of this kind that would try to intervene into people's reproductive life look repulsive to me. On the other hand, if I were assured that the mankind would converge to the middle between current humans and chimps within 150 years, of course that I would prefer some mitigation policies. ;-)

What do you think about those matters?
Luboš Motl v 11:32 AM
Share