I guess you have heard about the foiled plan (thank God) by a Polish nationalist to bomb the lower chamber of the Polish Parliament and to kill the president, the prime minister, and lots of lawmakers.

He has had accumulated tons of explosives, detonators, guns, and lots of other equipment in his apartment and the threat was credible. A ready-to-explode vehicle contained 4 tons of explosives. The assassin was working hard to recruit accomplices. He has already confessed.

But chances are you haven't heard the name and occupation of the attacker. Well, you are fortunately a TRF reader.

His name is Dr Brunon Kwiecień (45 years) and he is an analytic chemist from the Agricultural University in Krakow. The name means "Bruno April". It's puzzling for Czechs because the last name sounds like "květen" which is the Czech word for the following month, May.

You would think that in the North, in Poland, the counterpart of the Czech May (the words "květen" and "kwiecień" are masculine nouns related to flowers or blossoming) will be June because flowers should blossom later but for some reason, it's the other way around.


He's been working in the Department of Chemistry and Physics – which may be helpful for bomb attacks (given the type of his university, some explosives may have been based on fertilizers just like in Breivik's case) – and you may even send him an e-mail although I am not sure whether he will respond to you... ;-) 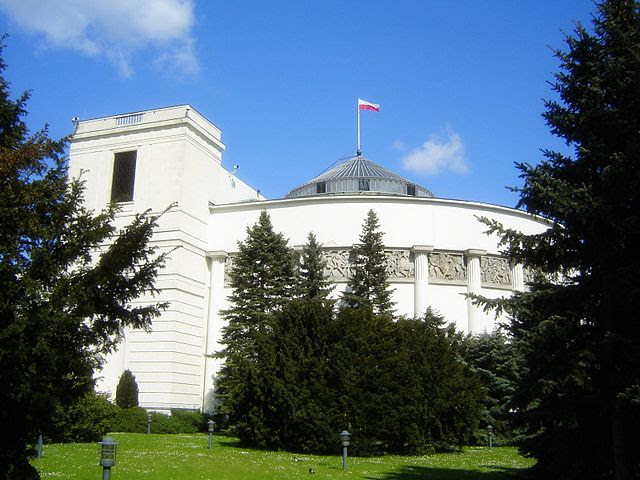 You may check several publications he has co-authored. Not too many... but this is post-socialist Europe. The papers are about hydrogen bonds, the effects of heavier isotopes on chemistry, and stereochemistry. In the most recent 2011 paper, he and 5 co-authors have even employed multiwalled carbon nanotubes.

In Polish, his degrees are written as dr inż. Brunon Kwiecień, the second degree is an engineering one.

Krakow, a historical city with 750,000 inhabitants, is located about 100 km Northeast from the Czecho-Slovak-Polish triple point

This event is close to my homeland because, as President Klaus said during a recent visit to Poland, the Poles are the closest nation to us. Of course, he had to later qualify that the he considers Slovaks to be "us", and so do I, at least in a generalized way. ;-)

When such plans are so close to me, I can see that – despite the fact that I would obviously share some opinions with the guy – I can't even remotely endorse anything from his plans. The president may be a former commie [oops, mea culpa, this comment referred to the former president Kwasniewski, not the current president Komorowski who was a natural dissident due to his aristocratic background] and the current prime minister may be a Euronaive guy who promises money to everyone [parody of the #1 Czech song from my kindergarten years] but they're kind of average Poles, too. To kill such folks would mean to kill ordinary Poles. I am fed up with many Czechs as well but in my opinion, patriotism requires one to get used to the actual characteristics and opinions of the typical members of the relevant nation, too.

Ewa Farna, Polish and Czech singer who will soon serve in the Czecho-Slovak Superstar jury (looking forward to it), recommends evacuation (in Polish). Czechia tends to avoid this kind of violence: the Czech version of this song is My Desire (Toužím).
Luboš Motl v 12:16 PM
Share