Stuart Jay Freedman, UC Berkeley physicist, died at the age of 68. He joined Princeton in 1972 and Berkeley in 1991. A former particle theorist became an unusually versatile experimenter even though he used to dislike the Berkeley labs as "Big Science" (in a pejorative sense, similar to the "Big Government"). 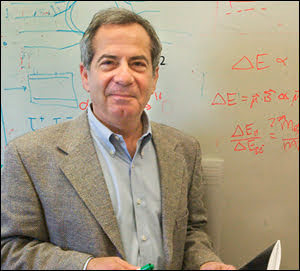 A famous paper he wrote with John Clauser in April 1972 experimentally disproved local hidden variable models of quantum mechanics. The PRL document is wonderfully free of nonsense. They measure a correlation of photons' polarizations in calcium, verify quantum mechanics, and with some help from the CHSH inequality, they explain why local hidden variables couldn't agree with their results. Not too much conceptual progress occurred in that activity during the following 10 years when Alain Aspect got pretty famous by doing similar, slightly improved experiments.


A simple Google Scholar search tells you that he has done lots of experiments with neutrinos etc. In fact, he's been the boss of the Japanese neutrino experiment KamLAND.

Something must be wrong at UC Berkeley these days. Five days ago, Robert Lin, experimental space physicist, died of stroke.

Plans of buildings on Google Maps

Off-topic: Google has added about 10,000+ interiors (list) to Google Maps. You just sufficiently zoom in. Check e.g. restaurants at the Logan International Airport in Boston.
Luboš Motl v 10:10 AM
Share