The official discovery of a \(125.7\GeV\) Higgs boson is (so far) this year's greatest addition to the knowledge of parameters in particle physics. A German-Swedish-Spanish group of fitting professionals has just updated their fits concerning the Higgs data in the new paper


MSSM Interpretations of the LHC Discovery: Light or Heavy Higgs?


and the title already tells us that something many people consider impossible is actually possible. 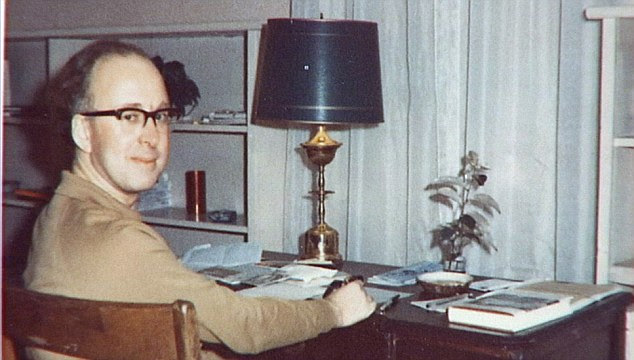 A lighter Peter Higgs (by half a century)

The \(125.7\GeV\) Higgs boson may be one of the five faces of the God particles in the supersymmetric model building and it may be the lightest one. In that case, the heavier (and perhaps much heavier bosons) might be discovered in the future as the energy reach goes up. The MSSM – well, especially points like pMSSM-7 they study – are as compatible with all the known data as the Standard Model.


However, the phenomenologists show that a surprising alternative scenario is also viable, although perhaps somewhat less accurate than the conventional scenario. The mass \(125.7\GeV\) may actually be the heavier among the two masses of CP-even neutral Higgs bosons. The other CP-even neutral Higgs boson may be lighter than that, much like (probably) the other three faces of the God particle. The "best fit" assuming that the observed Higgs boson is the heavier one gives \(m_h\sim 65\GeV\) for the lighter partner.

Now, the clever reader should object: If there are lighter Higgs bosons, why haven't we discovered them yet? That's a good question but there is a good answer, too. It's because in those scenarios, the lighter Higgs bosons have suppressed interactions with the gauge bosons which makes them harder to produce at the colliders from the history textbooks.

In fact, if this scenario is right, it's rather likely that even the LHC will be unable to see the lighter siblings. On the other hand, the ILC would almost certainly have what is needed to discover these lighter, less interacting brothers of the known Higgs boson.

The discovery of lighter scalar particles we have missed would be a remarkable and surprising discovery which would, in my opinion, justify the construction of the ILC even if its odds were just 10%. However, I suspect that a better estimate of the odds is lower than 10%. But if Nature chose this solution, the consequences would be spectacular, indeed. Aside from new Higgses, the "lighter Higgs cousins" scenario predicts third-generation sleptons (well, especially staus) that are as light as \(300\GeV\) and third-generation squarks (e.g. stop) as light as \(600\GeV\).

There's actually another MSSM fit paper on hep-ph today, by Ms Kamila Kowalska et al.. It also plays with the reverted Higgs hierarchy meme and with light enough staus. Three more purely hep-ph papers today are about SUSY but I can't discuss all such papers...

For years, environmentalists would be saying that there's no planet B and all this bullshit. Those claims are almost certainly wrong. Finally, a good replacement for the Earth was found.

See also Christian Science Monitor and other places. The super-Earth called HD 40307 g is 6 times heavier than the Earth, located in the constellation Pictor, and is just 42 light years away from us (10 times further than the closest star aside from the Sun). It orbits a dwarf star (well, not too small, about 3/4 of the solar mass), should have the temperature close to the Earth's temperature, and it even seems to have day-night cycles because it's probably spinning around its axis. Their year takes about 200 our days, their distance from their star is 0.6 AU. You see that all these parameter are comparable to ours. Their eccentricity is a bit larger, about 0.22.

(No, the "42 million light years" in the first paragraph of the CS Monitor article is a bug. A planet this far couldn't be observed by our technology, of course.)

More seriously, finally we have a candidate that seems to have "everything" – the basic conditions. Still, I would bet 10:1 that there's no higher life over there. I just think that there are many other "non-basic conditions" and some good luck is needed, too. Moreover, even if you thought that life was easy, the planet is 1.2 billion years old (even though the parent star is 4.5 billion years old, almost just like the Sun). When the Earth was this young, during the Archean, the life was very limited. There was no free oxygen, fossils indicate just some bacteria and archaea and no eukaryotes. Another reason not to expect high-tech geeks at HD 40307 g.
Luboš Motl v 6:52 AM
Share