The Atlantic and others reveal that Stephen Hawking along with Paul Nurse, Martin Rees, and many lords I don't know wrote a petition to David Cameron in which they urge the leader to formally rehabilitate a British hero and top computer scientist, Alan Turing, who was born 100 years ago.

Even though this man invented the concept of a Turing machine, a cornerstone of computer science, and led the team of Enigma codebreakers during the war, he wasn't immune against accusations of active homosexuality, especially because they were manifestly true.


Turing was sentenced to doses of estrogen that brought him impotency combined with breasts. He wasn't sure which of those things was more frustrating but whatever the answer was, he followed the example of his fairy-tale hero, Ms Snow White, and poisoned himself with an apple of an unhealthy color that later became the logo of Steve Jobs' company, the conceivable legend says.

Of course, I think that harassment of great men for their homosexuality is wrong. But I tend to agree that this pardon is mostly an example of a futile attempt to rewrite the history. What he did was illegal at that time and Turing, much like 100,000 other convicted men, did have to face a punishment. The Britons may be ashamed of that today but they can't change their history. Most of the convicted gays are dead by now and the country can't credibly compensate them in most cases – most of the historical wrongdoing, if you classify it in this way, is here in the spacetime to stay. 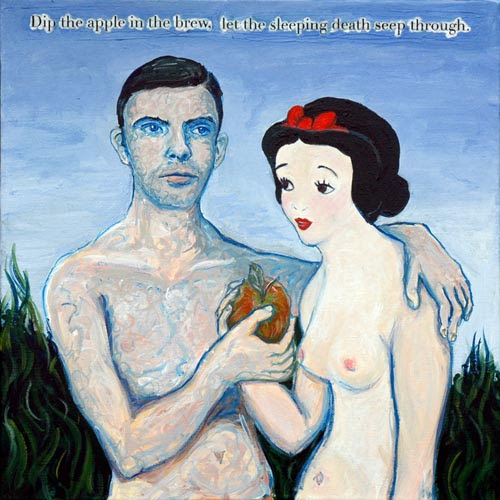 Also, I feel uncomfortable with the universal "we are more civilized than our ancestors" meme. If there is a disagreement between our generations and the generations of our faraway ancestors, it's a very tough question how to determine who is right. If you organize the vote today, you get one result. But if you had organized the poll 70 years ago, you would have gotten a different result. Our ancestors could officially declare that their descendants would have had been going to be (or whatever is the right tense) perverse sickos if they learned about the opinions that would prevail in their future. They could even adopt policies that would prevent the current sicko generation from being born. Acausality is a mess. ;-)

I am inclined to consider most of the evolution to be a sign of "positive progress" but I am very far from thinking that every single habit we have today and every single value or principle we cherish today is better than its inequivalent counterpart in the past. Many things are deteriorating. The identity of these things may be subjective to a certain extent but the general myth that "everything is better today" is a symptom of a "presentist chauvinism", nothing else.

The disagreement between the generations is a dispute that may only be fairly solved "from the viewpoint of the eternity" or from the "spacetime point of view", using a more physical jargon, due to its intertemporal character, and the polls relying on today's political balances violate this "eternalist neutrality" so they're inherently unfair, regardless of your opinions about this particular ethical question. In other words, our generation should remain modest and realize that we may only "control" the world at the present time (plus minus some error margin dictated by the inertia). We can't rewrite the history; and we can't order our distant ancestors in the future to protect all of our current ethical values. Our relevance and rights are limited and presentist rather than unlimited and eternalist!
Luboš Motl v 9:30 AM
Share