Fun paper: More than 12 years after the LEP collider was closed (now the LHC sits in the same tunnel), the collaborations publish a paper on the search for charged Higgses. That's quite a delay! ;-)


On Sunday, I gave an interactive blackboard physics talk in Český Krumlov, an architectonic and historical pearl of Southern Bohemia (14,000 inhabitants today) to a group of a dozen+ of curious, wonderful, young people. 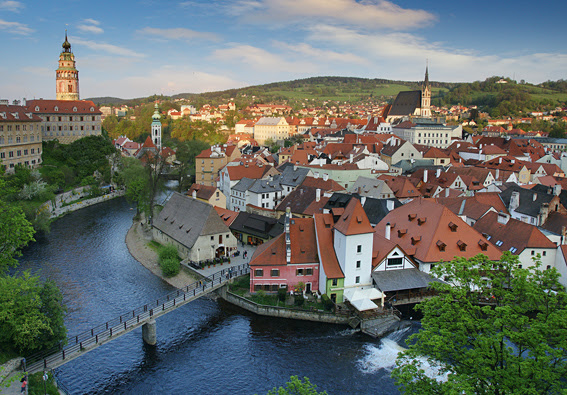 I began like this. What is physics? It comes from the word physis, Nature. We started in ancient Greece 2,600 years ago, on a warm sunny evening when you just finished your shopping in a local market or agora and you looked at the night sky... ;-)

And so on, elements, particles, quantum mechanics, double slit experiment, sound and light and aether, relativity, LHC etc. (over two hours of the lecture was cut from The Big Bang Theory, as you may have noticed). Of course that most attendants had to be disappointed when I elaborated upon the physicists' opinions – well, conclusions, I may say on my own blog – that fewer supernatural phenomena are possible relatively to what they believe. To mention a well-defined yet representative example, the idea that one may detectably increase the rate of the Higgs boson production by thinking about it intensely – by telekinesis of a sort – is very hot in Krummau these days. :-)

My hosts were very kind, creative, generous, and educated, and as they were voters for Schwarzenberg, I've heard some stories and arguments that would have had increased the odds that I would vote for Schwarzenberg if I had heard those things before Friday – but probably not quite above 50 percent. ;-)

One of the hosts – a proud descendant of people of many ethnic groups and the Germans in particular (the Sudetenland border was crossing the town) – also clarified some facts about the life and events in the Sudetenland etc.; I also learned the answer to a question by a TRF reader why the maps of the low election turnout (today) coincide with the map of the Sudetenland (newly imported Romanian citizens were a part of the story).


After almost 3 hours of the talk, we were shown the local amazing castle and chateau, the 2nd largest in the Czech Republic after the Prague Castle (well, 1-2 buildings among 50), including some intimate "guts" that a very small number of people may ever see. In particular, we focused on the complex baroque wooden-and-rope-based technologies to switch backcloths in the local famous baroque theater. Truly impressive. I vaguely knew there was a theater but I was completely ignorant about what I was missing.

The castle manager – well, the first vice-castle manager after a boss, if I put it in this way, has clearly done an unbelievable amount of work on that place. The anecdotal evidence led me to the conclusion that the work of the people over there is significantly underrated and underpaid. There's a lot of everyday technological know-how surrounding the baroque (and older) "technologies" that coming generations may start to forget. Of course, most of these technologies have been superseded by some modern ones but I still think it would be a pity if the sophisticated mechanical constructions start to be unusable for the living generations.
Luboš Motl v 8:05 AM
Share