As the preliminary data published two months ago indicated, the satellite temperature record RSS AMSU has indeed concluded that the year 2012 was the 11th warmest year on their 34-year-long record, rather close to the median. 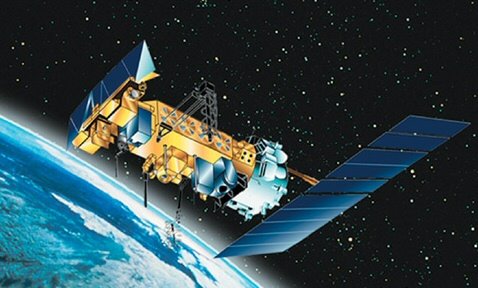 That's not a good starting point for a hype about global warming – something that hasn't been seen for 15+ years at this point – so the climate fearmongers use a different strategy. Before I get to that strategy, let me post the complete table of the RSS AMSU years.

The ranking looks like this:
According to their satellite competitors/friends at UAH AMSU, John Christy, Roy Spencer, and others, 2012 was the 9th warmest year. If you know the final figures from the weather stations – HadCRUT3,4, GISS etc. – let me know. Update: For NOAA, 2012 was 10th, 0.57 °C above average.

Because the global mean temperature in 2012 (and most of the previous years) looked so unspectacular, the media focused on a different quantity. See this example at CBS (via Gene):


For years, the same people would be telling us that you should never look at America only which is only 1.6% of the globe, or only on Europe. All the inconvenient data from the regions (such as the warm 1930s in the U.S.) are just regional flukes. But when the global flukes refuse to collaborate, even regional flukes may be helpful.

The CBS writers quote some weather events, suggesting that they were unprecedented – they were surely not – but the number that is supposed to be well-defined and solid is that the lower 48 states of the U.S. saw the warmest year for 2012. The average was 55.3 °F i.e. 12.9 °C. Incidentally, it's pretty cold! Ten Fahrenheit degrees of extra warming would surely be helpful for the U.S. I will assume that these statements and numbers are right although I can't verify them by any algorithm that could be called independent.

Moreover, the previous 1998 record was beaten by one degree. (Recall that the hegemony of the "sort of recent" year 1998 in the U.S. temperature record was itself a result of suspicious a posteriori adjustments; chances are high that the year 1934 was warmer. Thanks to MM for reminding me.) The strange units used in the U.S. make this edge twice more spectacular than it is. They really mean by 0.55 °C.

Now, if your record is approximately 110 years long, even if the temperature were white noise (each year independent of the previous ones), and it is not, the probability of a new record would be 1/110 per year. If you admit that the noise is "somewhat red" i.e. temperatures tend to be a bit more continuous and they have inertia, the probability per year is much higher, up to 1/2 in models with a huge inertia (which doesn't have to have anything to do with humans!).

It is very unlikely to beat the previous record for the region as large as the 48 U.S. states by 0.55 °C on a given year. Because this temperature difference is close to one sigma (well, depending on your model of the noise), it's a jump by a "whole category" which is rare and should become even rarer.

On the other hand, if you realize that we have waited for 14 years for this new record and there were many (\(N\)) other regions aside from the lower 48 states of the U.S. that could make a similarly catchy story on CBS or elsewhere, you will realize that the relevant probability of the truly interesting statement – namely that "data anywhere in the world on any year give a justification to write a similar story" – is actually approximately \(14N\cdot p_0\) where \(p_0\) was the probability for a single year and the lower states only. This multiplication (which has to be reduced once the probability approaches one!) is known as the look-elsewhere effect.

With the look-elsewhere correction included, you will conclude that it is unspectacular that such a record was finally found somewhere after 14 years: the overall probability isn't far from numbers of order one, if you allow me a bit vague. I have to be vague. This probability can't really be canonically calculated because it depends on your model of what the temperatures are going.

In the jargon of particle physics, the report about the warm 2012 in the U.S. is just another piece of hype about "roughly two-sigma bumps" in some graphs. But you know, if there really were a global warming that would start to matter in some near future, it should be comparably easy to find a five-sigma evidence of some CO2-induced changes or at least "clearly unprecedented changes" with an unknown driver. To increase a 2-sigma bump to a 5-sigma bump (the latter is enough to claim a "discovery" in particle physics, with risks of a false positive comparable to 1 in 3 million), you only need to multiply your dataset by a factor of six. Because there should be lots of data out there, it should mean just to look a bit more carefully and accurately.

But no such genuine evidence exists. What the journalists – and, sadly, some self-described climate scientists – keep on doing is to play with the emotions behind "two-sigma bumps" or, equivalently, small signals from God or Nature that may be combined to see God of global warming out there. Well, I, for one, can't combine them because it's not there.

Look at other regions such as Europe or Asia or Australia or... even the notorious Arctic... and you will see that 2012 wasn't spectacular as far as its temperature went.
Luboš Motl v 8:52 AM
Share