The black hole firewall saga has continued with several new papers. Since the last blog entry about the topic, three Japanese authors proposed something that they call a self-consistent model of the black hole evaporation, probably without any firewalls. Because a starting point is semiclassical gravity, the paper can't be self-consistent, however. 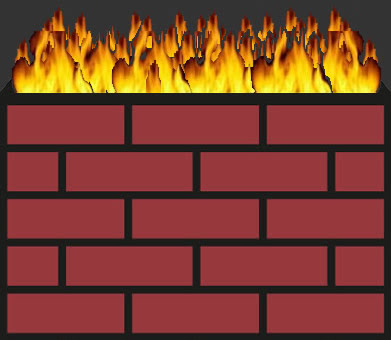 Rodolfo Gambini and Jorge Pullin propose that loop quantum gravity "solves" the firewall problem by producing some new degrees of freedom. They extend the LQG algebra to a Lie algebra. I guess other LQG proponents won't like such a heretical modification but one must realize that in LQG, one may add, modify, or erase any degrees of freedom and any terms in the constraints and equations of motion because they're completely ill-defined and arbitrary and they don't change the quality of the theory because of the GIGO principle (garbage in, garbage out).

These adjectives must be considered on top of the fact that regardless of the choices, LQG is inconsistent and amazingly dumb, too. At any rate, an attempt to find new degrees of freedom in a theory is very modern – and I would say stringy. Kudos to the authors for that.


Steven G. Avery and Borun D. Chowdhury explicitly try to disprove some recent anti-firewall papers, especially the excellent Papadodimas-Raju paper (on firewall considerations and doubled operators in the context of AdS/CFT) as well as the Harlow-Hayden claim that speed limitation on quantum computers hold and are essential to save us from firewall paradoxes.


I was trying to read the paper but it just doesn't click. They're trying to offer lots of ambitious claims but I can't see any evidence backing these claims so far. Can you help me?


The basic claim of these two authors is that AMPS is right and firewalls have to exist because the AdS/CFT dual of a thermal state in the CFT is a firewall. That's great and understandable. However, I was trying to find out why they think so and I just can't see anything rational in that paper that would explain their opinion.

These authors must be thanked for noticing that a basic criticism of the firewall meme is that \({\mathcal A}={\mathcal C}\), approximately: the degrees of freedom in the radiation and in the black hole interior aren't "two wives" that would violate the monogamy rule for quantum entanglement because they're – partly or entirely – the same woman! However, Avery and Chowdhury don't like this observation – which has been at the heart of the black hole complementarity from the beginning.

Nevertheless, they seem to misunderstand or overlook all the other important insights that have been unmasked in the context of the AMPS research and, equally importantly, all the arguments meant to support their conclusion that there has to be a firewall at the horizon of the bulk dual of a thermal state seem vague, dull, and emotional to me. I just don't see any real arguments. Instead, what I see are numerous repetition of the word "bizarre". So they argue against the resolutions in the following way:


Taking the next logical step, we let an arbitrary system play the role of the early radiation. In other words, we imagine coupling a source/sink to the CFT, allowing them to equilibrate and thereby become entangled, and then decouple them. Next, we couple a source to the CFT to create an infalling observer. The \({\mathcal A}={\mathcal C}\) argument in this case would mean that the degrees of freedom of the source/sink that purifies the CFT are available to the infalling observer, allowing her free infall. Since the systems are decoupled, this seems to be a bizarre state of affairs given that we are talking about arbitrary (decoupled) systems giving universal free infall. We thus conclude that the dual to a thermal state in the CFT is a firewall!


Well, the individual parts of the spacetime in the black hole spacetime never quite decouple and never become quite independent so the toy model that they study is self-evidently not equivalent to the case of a real black hole – one that is formed, one that adopts infalling observers, and that later evaporates. Whatever they derive about this system can't be trusted to be a valid conclusion about a full-fledged, genuine black hole.

To make you sure that the word "bizarre" appears thrice in the paper, here are the remaining two copies:


We simply do not have the other CFT's degrees of freedom that are necessary for free infall. The equivalent of Papadodimas-Raju and Harlow-Hayden argument would be that the degrees of freedom of \({\mathcal H}_S\) (which is the equivalent of \({\mathcal H}_A\) for the evaporating branes) nevertheless come into play. However, given that we have decoupled the source/sink from the CFT this seems rather bizarre. Furthermore, the CFT could have been thermalized by an arbitrary system which may not be described by a CFT at all. It seems rather bizarre that an observer falling into the CFT system would still be able to access the degrees of freedom of HS universally, irrespective of the properties of the latter system. [Said differently...]


And so on. One question is whether firewalls are forced upon us by a valid argument. I think that the answer is No because the black hole interior may always be viewed as a "dead end extrapolation" of the degrees of freedom outside the black hole and whatever the observers measure inside a black hole will never get out so these measurements simply can't lead to any contradictions, whatever their results are.

But even if I imagined myself to be agnostic about the existence of firewalls, I think that I would still find the logic of the text above incomprehensible – a polite word for "fallacious". They study a toy model in which they manually replace the CFT by something entirely different and then they claim that it's bizarre because the CFT is replaced by something general. But everything they call "bizarre" was created by themselves so why do they complain about it?

In the case of AdS/CFT black holes, all the dynamics anywhere in the spacetime is encoded in a CFT. If someone claims that string theory i.e. quantum gravity in an AdS space reconciles all the requirements nicely without any firewalls, he is only making a statement about the way how the degrees of freedom in a CFT may be picked, evolved, and interpreted. Such a defender of the consistency of quantum gravity without firewalls clearly makes no statement about non-quantum-gravity theories that have something else instead of a CFT. In fact, he will probably agree that the consistency of quantum gravity is such a delicate and sensitive feature that if you modify almost anything about it, the whole structure will become inconsistent. So if you find a bizarre feature of such "mutated" theories, it's your personal problem, surely not a problem of quantum gravity or defenders of its consistency (without firewalls)!

Also, these authors try to demonize nonlocality of any kind. It seems obvious – and I think that all sensible experts as of 2013 agree – that some nonlocality is present when black holes evaporate. This is needed to avoid Hawking's semiclassical conclusion that the information simply can't get out so the evolution of the initial star to the final Hawking radiation has to be non-unitary.

In reality, the nonlocality encountered in these situations is tiny and an exponentially tiny nonlocal effects are enough to reconcile all the principles. However, these folks – and I think it's not just Avery-Chowdhury but also the authors of AMPS and probably others – seem to work in some "yes/no" dogmatic way. When some nonlocality is needed, they say "everything has gone awry" and they immediately make huge claims.

What they forget is, among other things, that the existence of a firewall requires a huge violation of locality, too. In fact, the violation of locality and causality needed to produce a firewall at the place of the event horizon is much larger than the nonlocality believed by Raju-Papadodimas, by me, and by many others. The claim that the nonlocality imposed upon us is tiny is the very main point of the Raju-Papadodimas paper and many others! The firewall proponents seem to use perfect locality of some sort as their main motivation or argument (that's also why Avery and Chowdhury think that the "completely decoupled heat bath" is a valid model of a black hole, after all; in the real world, the interior's non-decoupling from the exterior and from the radiation is a key principle and the essence of the black hole complementarity expressed in different words) but then they derive, using their assumptions, that the locality is actually violated brutally (by the existence of the firewalls) and they don't seem to care that their conclusions are inconsistent with their assumptions which means that their "whole theoretical framework" is inconsistent gibberish.

Again, the firewall defenders seem to (correctly) conclude that the black holes can't preserve all the quantum-information principles with a perfect locality – so they immediately make the jump and conclude that the nonlocality must be so huge that it doesn't allow you to enter the black hole interior at all (at least not if you want to stay alive). But they actually never prove anything of the sort. In fact, they never really define what a "firewall" is and they never quantify how strong effects it is actually supposed to have. They're entering some bizarre "fundamentalist", Yes/No discourse. I am just not getting it. When it comes to firewalls, they don't seem to be thinking as physicists at all.

Let me copy the rest of a paragraph I have already posted:


[...of the latter system.] Said differently the evolution of a perturbation created with support on the CFT beyond the horizon depends not only on how the CFT is entangled with some other system but also on the Hamiltonian of the combined system. We thus conclude that for generic System 2 the infalling observer hits a firewall. This is shown in Figure 6.


We learn that "We thus conclude [something]". That's nice that they "conclude" something except that "something" doesn't follow from the previous sentences and it isn't even well-defined. In principle, the evolution of any degrees of freedom in a black hole spacetime may depend on any other degrees of freedom – there is room for some nonlocality – except that we must always ask how strong the nonlocality is, how it can be parameterized, whether it may be operationally measured, what variables may parameterically suppress it, and so on. Apologies for this analogy but their approach to the "firewalls are real" claim is analogous to the climate alarmists' approach to the "global warming is real" meme. The content of the sentence isn't well-defined. It apparently doesn't even have to be well-defined and whatever its meaning is, the claim doesn't have to be rationally justified, anyway. It's just not science I can understand – in my understanding, science is composed of propositions about things that are in principle observable by a well-defined protocol and links between such propositions justified by flawless logic.

Their convergence towards the sentence "We conclude that there are firewalls" looks pretty much isomorphic to this well-known cartoon:

"Step one. Step two: here a miracle happens. Now, we conclude that there are firewalls." Very nice but could you please be more explicit in Step two? ;-)

I have my doubts about certain aspects of the Papadodimas-Raju claims and constructions as well but I feel that it's due to some localized misunderstandings of mine – and perhaps less likely, localized mistakes by them – and these problems could be "perturbatively fixed" (which may or may not change the major conclusions). However, when I read the paper by Avery-Chowdhury, I just don't recognize it as rational thinking of the type I know. There's no place for me to start. I understand what they want to conclude but I can't find any calculations or analyses of anything that could possibly be related to these things.
Luboš Motl v 3:59 PM
Share