Klaus on abdication of Benedict XVI

I was sorry to learn about the reports that Benedict XVI resigned. Whatever the reasons behind the Pope's surprising decision were, the decision makes me sad.


For 8 years, Benedict XVI has been not only the leader of the Catholic Church but also a globally prominent statesman. In the wake of our meetings – both his visits to the Czech Republic, as well as those in the Vatican – but also from his numerous public appearances, speeches, and texts, I could perceive the proximity of our attitudes. He belonged among the rare personalities of the contemporary world who don't ride the cheap wave of the omnipresent progressivism. He was aware of the dangers that follow from the loss of the traditional values, the threats posed by the decaying institution of a family and a nation state as well as from the precipitous European integration project. He was able to make these concerns of his visible. That is why he was frequently attacked by the media – something I could understand well, too. 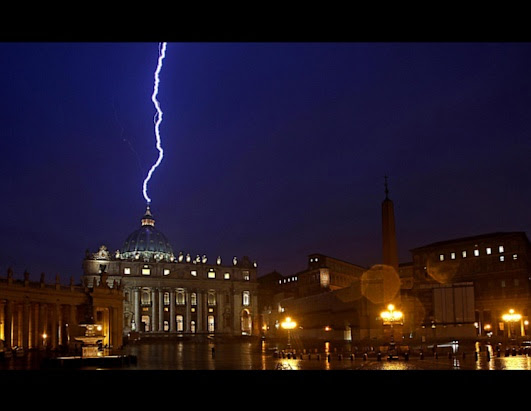 The lightning was genuine.

Despite his relatively short pontificate, the Holy Father Benedict XVI has left a visible trace in the world. I view his resignation as a symbolic part of the symptoms of the end of an epoch in which the voices warning about the direction that the contemporary world has taken could still be loudly heard. This is also how I understand the unsuccessfully masked joy of those who accepted his unexpected gesture with hypocritical acclamation. Those who are losing an important political and intellectual ally have no reason to rejoice. Pope Benedict XVI surely deserves thanks for his brave yet unfinished struggle.