First, let me start with some background. Cyprus is an island in the Mediterranean Sea, South of Turkey. De iure, there is the ethnic Greek "Republic of Cyprus" covering the whole island. De facto, the Northern 40% is controlled by an independent Turkish Republic of Northern Cyprus. The problematic co-existence of Greek and Turkish Cypriots is a major cause of the continuing military tensions between Greece and Turkey.

The total population of the island – a member of the EU and the eurozone – is 1 million people. At most, the Greek problem is 10% larger than we thought: I don't think that any realistic development on the island is a legitimate reason for hysteria. Their banking sector is overbloated and close to bankruptcy (which would quickly cripple the whole Cyprus as an economy), primarily – but not only – because of its exposure to troubled assets in Greece; in particular, look at the Laiki Bank website. The European creditors including the European Central Bank have offered them a bailout but they demanded that Cyprus will show its ability to collect a part of the required money – perhaps by a "tax" that cuts a part of the savings stored on the island.


This step is generally criticized by the libertarians including Tomáš V. and the Václav Klaus Institute. I happen to disagree. I think that the proposed solution is better than all the alternatives I can imagine.


Well, the savers – many of whom are foreign individuals or companies – would pay for something they have no responsibility for. Really? I think that if someone saves his or her money in Cyprus banks, whatever his or her reasons are (and be sure that the reasons were certain financial advantages of the saver – who only saw these advantages but overlooked the risks, many of which are inseparably associated with the advantages), he or she is displaying some degree of faith in the state that has sovereignty over that territory and he or she preferred those banks because of higher interests or tax haven status of Cyprus (so yes, they have benefited and risked). The banks don't exist in the vacuum.

(When the saver is a Cypriot, the guilt is clear: he or she helped exuberant and populist politicians to be elected and he or she has probably personally benefited from the money that was spent. Most of these people have lived beyond their means and they have made wrong investments, too.)

When someone robs the bank, it's the task for the enforcement forces – the police paid by the government – to find and punish the thieves. When the government that is responsible for these important services faces an existential threat, it's obvious that it may use some non-standard tools. Those who deposit their savings in foreign banks are surely showing some degree of faith in the local government. This faith is not terribly reasonable in countries such as Cyprus.

Exactly 100 years ago, in March 1913, Turkey lost the Battle of Jannena in Greece. Czech soldiers were helping the Greeks, too.

Now, when such a tax is imposed, it's obvious that the people who will pay are not exactly the same people who caused the problems – or at least their contribution to the funds isn't exactly proportional to their guilt. And there are lots of arguments such as "all savings are insured" or "all savings up to EUR 100,000 are insured" – claims that clearly can't be mindlessly believed because such guarantees only make sense if the guarantor is able to fulfill the commitments, if he's alive and kicking, and if the commitments may be enforced by someone. But the Cypriot savers are still a more accurate "proxy" for the culprits than some other groups that would pay if other solutions are picked.

What are these other solutions? Well, one of them involves the European taxpayers. A simple alternative that has been very close to the solutions that were chosen in all similar situations is that the pan-European funds of a sort simply pay whatever these troubled countries and banks need. I think that the correlation between the culprits and those who pay is much weaker in this scenario than it is if the Cypriot savers pay.

Cyprus may get the money differently – e.g. from an extra loan backed by some public assets or as a gift from Russia compensated by some semi-transparent, semi-opaque advantages that Russia may earn in the region. For example, there's some oil around the island and Russia would like to control it except that it's not too attractive. The total volume of the sweet liquid is unknown and Russia would be at risk that Turkey would claim the ownership rights for the deposits. (Update: it seems pretty clear at this moment that the negotiations with Russia and Russian subjects are over and no money will arrive from Russia.)

Greece has proposed to overtake the Cypriot banks. I had to laugh. That would be the same jump to safety and stability as something that the Czechs describe by the idiom "hiring a billy goat as a gardener" (borrowed from a fairy-tale), whatever is the English counterpart of this idiom. 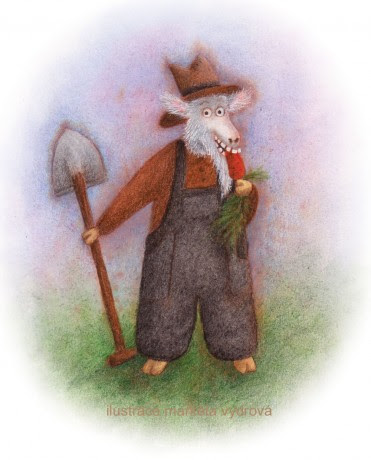 If the savers were stolen something like 10%, it would be annoying and some mostly innocent people would get poorer, too. But I think that the precedent would be a good one. The moral message would be that if someone gets a bailout, it costs something. This elementary message hasn't been conveyed for many years. Irresponsible nations such as Greece were getting arbitrary amounts of money and they never paid anything for them. They never faced any disadvantages. What a surprise that the bad behavior has been spreading if no one has ever been punished for it in any way.

Now, the markets may realize that Cyprus is a small country but they may be afraid that such a solution – if it is ultimately accepted (the bailout savings tax was unanimously rejected by the Parliament because voting "Yes" would probably be a political suicide for any lawmaker) – will become a precedent for larger countries such as those in PIGS. This could make investors poorer, more anxious, and so on.

Well, I understand that people are psychologically unstable even if the reasons are infinitesimal or downright irrational. Nevertheless, I think that the precedent would be a helpful one. It would not only help to fight against the moral hazard. But it would also force governments, banks, and others to behave in a more fiscally sustainable and responsible way in the near future. Soon or later, that could improve the fiscal soundness of the governments, banks, and others.

People, banks, and nations dislike pain and fear. Pain and fear is what sends the stock indices to the South. But pain and fear exist for good reasons: they inform us about some real dangers that are coming or that may come in the future. A tax reducing the account of a saver who is using the services of banks on a problematic island is a pain and others may be scared of such a pain, too. But all these things are just perceptions that help to prevent the really bad, big events such as the disorderly collapse of the continental financial system or, less dramatically, a long, slow, but inevitable downward spiral of the continental economy.

So whatever the detailed procedure is, I think it would be great if some of these countries and banks that are broke – or people around them – started to pay and if they were no longer getting arbitrarily large bailout funds literally for free. This desire of mine seems much more important to me than some comments about the EU oppressors etc. The EU and the ECB may be annoying power groups with authoritarian tendencies but they're still subjects that are paying to someone and this status comes with certain rights, I think.

Incidentally, Bundesbank has concluded that the German households are vastly poorer (several times!) than the households in PIGS countries. I find this fact stunning. Germans are hard-working, disciplined, and modest. I feel that the world is sort of wrong because of this anomaly, too.
Luboš Motl v 9:00 AM
Share