For years, I've been intrigued by the general idea that the usual KKLT arguments – supporting the view that the number of vacuum (dS or AdS) solutions to string theory is googol-like huge, most of those are stable, and they realize the anthropic principle (including the anthropic explanation of a tiny cosmological constant) within string theory – fail because there is an overlooked mechanism that tries to harm the classes of vacua that are too numerous and prefer the more unique vacua (or their small families). 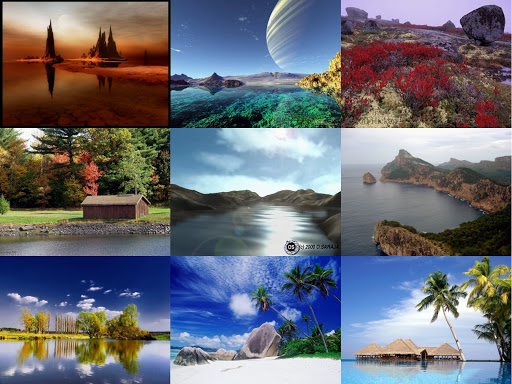 In the landscape category of this blog, you will find numerous articles discussing various additional instabilities that may appear on configuration spaces of too high dimensions.

See e.g. Resonance tunneling and landscape percolation, Landscape decay channels, Disorder on the landscape, Locally predictive landscape, among others. I have personally spent some time with new ways in which the compactification manifolds could decay – even to several disconnected, simpler pieces – and various new factors that could enhance the decay rates. Now, there's a new addition to the collection with some famous author names.


Tumbling through a landscape: Evidence of instabilities in high-dimensional moduli spaces


Incidentally, I think it is a mistake for Brian et al. not to cite several of the papers discussed in the aforementioned TRF blog entries.

At any rate, the main message of the new paper is clear: if you look at portions of the stringy or similar configuration space with too many scalars (those that result from "too complicated" compactification manifolds with too high Hodge numbers etc. which are typically necessary to obtain the anthropically huge sets of compactifications), the naive calculations of the rate of the lethal bubble nucleation has to be modified and one actually finds many more instabilities and more abrupt instabilities on that sub-landscape. This dramatically reduces the percentage of the viable vacua in these large classes.


So far, I haven't been able to "compress" the reason why this is claimed to occur into several words – their arguments are a mixture with some numerical calculations that make the main idea somewhat less penetrable to me; but I haven't spent enough time with the paper so far so this may change. At any rate, I do guess that the increased instabilities have something to do with some new freedom to construct instantons – or new (more complicated) instantons – that don't exist if you consider with one scalar or several scalars only.

Instead, let me offer you a few approximate formulae that summarize their main conclusions.

The bubble nucleation rate has the form\[

\] where the exponent \(B\), normally related to the instanton action, has a more important impact on the stability of the minimum in the landscape. They look at the percentage of the minima in the sub-landscape with \(N\) for which \(B\geq 1\) – well, one surely wants \(B\) to be much greater than one for the Universe to be stable enough and to be a candidate to match ours, so let's look at a more general separation of the minima to stable and unstable ones.

They find out that the fraction of the minima in the landscape for which the exponent \(B\) is greater than \(B'\) i.e. that are more stable than a certain bound goes like\[

At that moment, for \(N\geq 23\) or so, the ratio is pretty much zero and one sort of expects (well, if he assumes that all the vacua are generic and the distributions are quasi-uniform, something I have a big problem to believe, but let me omit this complaint in this blog entry) that you won't find a single stable enough minimum on the landscape. The number of vacua in those classes, even though it's often claimed to be a "very high" number such as \(10^{500}\), is simply not high enough to beat the "instability disease" that cripples most of the candidates.

I think that if these formulae were right and if one would still try to follow the KKLT-like multiverse thinking, but with the corrected maths, the mechanism could still prefer the vacua with \(N\sim 18\) or so, using the example above, and there could perhaps be still enough minima on such a sub-landscape to anthropically explain the tiny cosmological constant, assuming that the potential would be a function of a high enough order (or complexity) in these fields. So it seems to me that their conclusion that they debunk the anthropic explanation of the cosmological constant may be premature or incorrect.

Your humble correspondent would prefer a principle that favors vacua with the smallest values of \(N\), the number of scalar fields, such as \(N=1\), and some completely different, not-naively-statistical and anthropic, explanations of the small C.C., but my preferences don't matter, of course. It is perfectly plausible that Nature favors some intermediate values of \(N\). There could be \(10^{200}\) vacua for \(N=17\) and \(10^{-80}\) of them could be stable enough. That could still produce vacua with the minimum achievable positive cosmological constant around \(10^{-123}\) in the Planck units by some natural naive anthropic estimates.

Just a trivial example. Consider the \(N\)-dimensional unit ball. What is its volume (in the units of the volume of a unit \(N\)-dimensional cube)? This is a fun exercise I numerically "derived" with the help of a Commodore 64 when I was 10 years old and the answer is\[

\] The most important factor over here is \(X^X\). This ultimately beats \(E^X\) for any fixed base \(E\) such as \(E=e\). Incidentally, you may calculate the volume of the ball analytically by computing the integral \(\int d^n x\,\exp(-|x|^2)\) in two different ways, by a decomposition of the integral into \(N\) one-dimensional factors yielding \(\sqrt{\pi}\) from the Cartesian coordinates or by a calculation in spherical coordinates whose angular part produces the volume of the sphere and the radial part generates a version of the Euler integral for the factorial.

Now, this volume of the \(N\)-ball or a similar \(N\)-sphere (or something similar) naturally appears at various points of the calculation. So you may get something like \(10^N\) vacua but the rates and other quantities may be modified by coefficients that include things of the sort \(N^N\) – and the latter inevitably wins if \(N\) is really large.

Many papers have been written and what really matters on the landscape of highly complicated compactification manifolds hasn't been settled yet. But one must surely be careful because much of our intuition has been trained in field theories with small values of \(N\sim{\mathcal O}(1)\) and they may break down when we switch to complicated landscapes.

Tomorrow, Keith Copsey will release a related but inequivalent paper that will argue that orientifold planes – pretty much inevitable in all semi-realistic F-theory vacua – suffer from a perturbative instability (deformations allowed when you lift the orientifold planes to M-theory) that may destroy the stringy landscape as we know it. I find this claim confusingly far-reaching because for large enough manifolds in Planck units, the instabilities from some non-local states or transitions must be hugely suppressed and essentially described by the effective low-energy field theory, am I wrong?
Luboš Motl v 12:30 PM
Share