This blog entry will review some recent sad events.

This pretty, 35-year-old lady is Dr Katharine Giles of London. Unfortunately, the bike accident on the picture is no accident. She hit a lorry and died.


Giles focused on the analyses of Arctic and Antarctic ice. Her freezing website featured a blog, too. The most cited paper she co-authored, one with almost 100 citations, was about the 2007 Arctic ice minimum.


The other co-authors were Seymour Laxon and Andy Ridout. And that's where the story gets even more interesting. 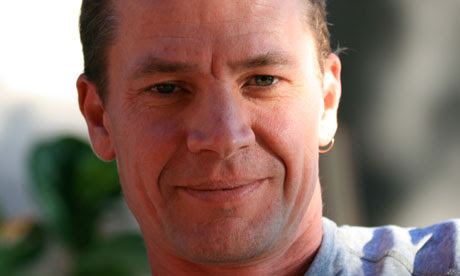 This is Seymour Laxon, a 49-year-old researcher who has done some interesting work aside from the unconstrained alarm, and I don't mean his blog that has been silent for years. For example, in 1994, he and David McAdoo started to measure the Arctic gravity field.

What's strange is that two months ago, after a fall, Laxon suffered brain haemorrhage and died, too.

If I were an unhinged climate alarm conspiracy theorist such as Alexander Ač, I would surely start to think about the possibility that the Big Oil is gradually eliminating climate alarmists. And if I were a deeply religious climate skeptic, I could start to believe that it has been the work of God and His ultimate justice instead.

As you may guess, I am neither. But in spite of the missing rational explanation, I would still exploit the 2-event coincidence and recommend Andy Ridout to avoid bikes, mountain-climbing, and falls.
Luboš Motl v 7:59 AM
Share