AMS-02: dark matter is composed of a cosmic string

The Alpha Magnetic Spectrometer finally decided to expose its first batch of data at Princeton, two days before the talk at CERN. And it's pretty interesting. They detected a clear peak at the positron spectrum located at \(E=m_p/2\). Why would positrons carry the same energy as the proton mass?


As Fox News, The New York Times, and others mention, the explanation wasn't hard to realize. The device carried by the International Space Station is observing decays of protons via\[

\] and the two final products approximately divide the initial energy of the proton. Why would protons decay in this way if we know from terrestrial experiments that the proton lifetime is at least \(10^{34}\,{\rm years}\) or so? Nobel prize winner Samuel Ting of MIT offered the consensual explanation by his collaboration, AMS-02, but I would dare to say that it may still be questioned.


They say that the proton decay is being catalyzed by a particular extra cosmic object that is only visible through the X-ray "eyes" of the Alpha Magnetic Spectrometer. To verify this expectation, they had to find the detailed directions from which the \(468\MeV\) line originates. The observations made it clear that it's coming from a cosmic string, a dimension-one locus in the outer space.

At this moment, I must warn you against premature conclusions that various cranks could jump to in order to resuscitate their hopeless theories. What I am going to show you is the location of the cosmic string, as determined by AMS-02, and if you look very carefully, it is a completely random curve in space that can't possibly produce any excuse for supernatural interpretations such as the interpretation that it's actually a "text written by the creator". No comments. 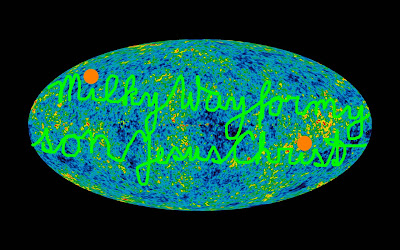 Figure 1: the shape of the cosmic string as reconstructed from the \(468\MeV\) spectral line of AMS-02 depicted in light green and superimposed by the collaboration on the WMAP diagram of the sky. Image (C) MIT. Click to zoom in.

While the shape of the curve – depicted in light green – is very far from a straight curve, one that would minimize the energy, you may clearly see that the Fourier components encoding the shape are nothing else than noise so there's no reason to speculate. AMS-02 also added the helpful orange graphics representing the Fermi bubbles. Most of the cosmic string seems to be located inside our galaxy. It's apparently generating some extra curvature that has been assigned to "dark matter" for decades. But now the matter seems as clear as the sky.

You should also note that the equation of state of this matter \(p=-\rho/3\) in average (from the stress-energy tensor inside the cosmic world sheet) is somewhat different from what the cosmologists have believed for decades, \(p=0\). However, there is no real contradiction.

But I am sure that various crackpots and religious nuts will find something that isn't in the curve at all and use it to defend their preposterous theories. They will undoubtedly develop a whole would-be theoretical framework about the role of our galaxy in the scheme of things and perhaps connect this framework with some superstitions that people have been spreading roughly for 1980 years that have elapsed from the day when a Jewish guy was crucified by his countrymates through the day we call today.

The preprint will be released tomorrow in the morning, before the officially scheduled moment when other preprints are out, so during the following 15 hours, you may return to this web page several times an hour and try to click at the link in this paragraph.

I don't like to write about similar issues. But in mid February, TRF readers learned that Ernest Moniz of MIT would be nominated as the successor of Steven Chu, a new secretary of energy. Indeed, he was nominated two weeks later. 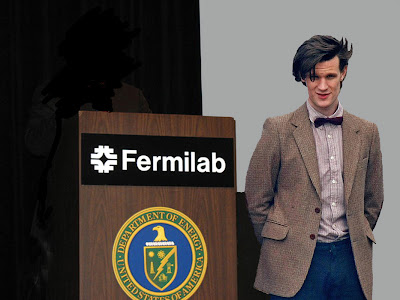 Today, the media are full of reports about the new Fermilab director and an illegitimate child of Dr Chu, namely Dr Hu, who will take the job after Pier Oddone who is retiring. I learned this breaking news from Joseph S.

Finally, Google has done it again, revolutionizing the communication technologies just like it has done so many times in the past. The corporation is introducing Gmail Blue (see gmail.com/blue) which brings the e-mail experience to brand new level and may possibly absorb Microsoft Live Mail, cell phones, and sex in the bedroom.

You may also try Google Nose Beta because smelling is believing. I particularly liked the Lady Racine Marrakech perfume (a shortcut code to get the smell is #FF99AA88BB00 but don't forget the final 00, otherwise you will get the post-cabbage excrement).
Luboš Motl v 4:23 PM
Share