Post-retirement Hansen has no reasons for self-glorification

Juliet Eilperin, an alarmist hired gun at the Washington Post, is among the reporters who took notice of some results from a new U.S. Pew Research Center survey. 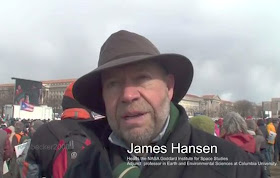 Two thirds of Americans favor the construction of the Keystone XL pipeline which is sensible because the project will make the transfer of oil more efficient and will politically improve the composition of energy sources that America relies upon.

The number of folks infected by the AGW hysteria dropped by 6 percentage points since October 2012 but 60% of the respondents still say that AGW is either somewhat or very serious. Only 42% of the people say that warming "exists" and is mostly due to humans (number hasn't changed). See that page for more numbers like that. Eilperin is combining this news with a reminder that James Hansen decided to retire as we heard yesterday.


Now, I have two basic comments about these issues. If you're too busy, look for the bold face fonts in the text below.

The number of people concerned by "global warming" dropped since October mostly because we experienced winter – a normal, pretty cold winter. (In Germany and probably some places around it, like my hometown, you know, we've experienced the coldest March since 1883.)

How does the explanation work? It's simple. When it comes to the dynamics of their population and their reproduction, global warming fearmongers are isomorphic to mosquitos. (They are equally annoying, too.) When the weather gets a bit warmer, e.g. above the average, suddenly there's a lot of them, they're biting lots of innocent people, and they're stinging them and injecting the toxic propagandist garbage abusing the momentarily elevated temperatures into these human victims (some of them become fearmongers themselves; in this respect, the fearmongers are structurally more similar to vampires than mosquitos).

But the warm weather never lasts indefinitely. Usually well before the next winter, the temperatures cool down and the global warming hysterics begin to die off again. They love to megalomaniacally talk about the far future and the year 2100 or 2200 but their actual ideas and the evidence allegedly supporting these ideas are as ephemeral as a warm afternoon.


Now, James Hansen said he wanted to retire in order to become a 100% activist. When I read about this story on Anthony Watts' blog on April 1st, I really had no clue whether the story was legitimate or an April fool's joke (the odds were 50% for each scenario). I decided to wait for another day, especially because the story was relatively unremarkable, regardless of its April fool's joke status.

Today, one day later, it seems that the information was meant to be super duper cereal and excelsior. So we can comment on it with the knowledge of its status in mind.

James Hansen says that he wants to take a "more active role" e.g. in lawsuits against public officials who don't behave according to the recipes that the most out-of-control global warming fearmongering lunatics such as James Hansen himself would love to impose. I can't resist to mention that this self-congratulatory explanation of the retirement only highlights what kind of a pompous, arrogant, from reality detached jerk James Hansen is.

Let me tell you what's actually going on. A crazy hippie is just retiring from NASA so he will become much less important because most of his importance did boil down to his position in NASA and, more generally, his links to the world's most prominent arm of the space program. There's absolutely no reason to think that anything will get "bigger". Why?

In most respects, James Hansen is just another rank-and-file environmentalist pinko commie watermelon who climbs chimneys, gets arrested during rallies, sleeps in front of power stations, and eats rootlets, acorns, and earthworms. Most importantly, they are ready to eagerly endorse an arbitrarily preposterous proclamation as long as it has the "right" ideological color or flavor. There are at least tens of thousands of such folks in the world (maybe millions?) – they are usually young individuals but Hansen's example shows that they don't have to be young – who have adopted this belief system. 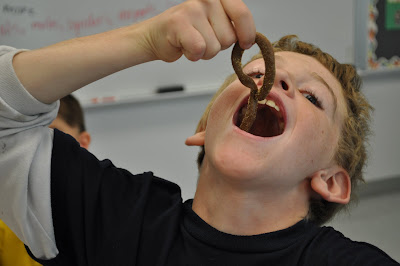 The only respect in which James Hansen has been an above-the-average if not exceptional member of this set of hippies – and the reason why he was a Greenpeace hero who collected millions of dollars from fellow fans of these radical green NGOs – is that he was pretty much the only person in the world who combined these Luddite, insane, totally unscientific, irrational attitudes to the human civilization with an influential position in an organization that is one of the symbols of the contemporary scientific and technological establishment (and yes, NASA deserves to be called "a center of the world's technological establishment" more than any universities do).

This combination is so weird that you can't be surprised that Hansen's fellow green hippies were just stunned how deeply into the "establishment" their pathological far left movement managed to penetrate and they were sending him millions of dollars just for this "deep infection" that he was able to achieve.

But this is mostly over now. James Hansen has retired. The retirement is a completely ordinary event in the life that most people experience on one day or another (without emitting big words about their expectations of a post-retirement skyrocketing career) and he has become a near-average hippie who eats earthworms and gets arrested during rallies against pipelines that pretty much everyone endorses. He may indeed freely participate in frivolous lawsuits attempting to punish fossil fuel executives (and perhaps even ordinary climate skeptics – hundreds of millions of Americans) as if they were masterminds behind the German extermination camps. On one hand, no one will complain that a NASA official paid as a scientist shouldn't join similar anti-civilization political happenings anymore – but on the other hand, without his NASA chair, the fringe status of such lawsuits and similar activities will become increasingly self-evident to his fellow activists, to the politicians, to the general public, and to the courts.

So please, stop with this self-congratulatory garbage that you will become more important in the anti-fossil-fuels movement, Mr Hansen. The retirement means that you will become professionally less important. Because in the last 25 years, your main "job" was to undermine the scientific and technological establishment from within and to contaminate it with fringe theories and political projects, and because you will no longer be an insider, it's clear that your relevance will drop, regardless of attempts by some folks to mask this obvious fact. (Hansen's contributions to our understanding of Venus represent a different, positive story but one that has nothing to do with James Hansen who exists today.)