Explosion in the Kolache Capital of Texas

I am not sure whether the U.S. media dare to discuss such things at all but the town of West where the fertilizer plant explosion – a horror destroying a whole street and detected as a magnitude 2.1 earthquake – took place is an intrinsically ethnic Czech town (Google Maps). 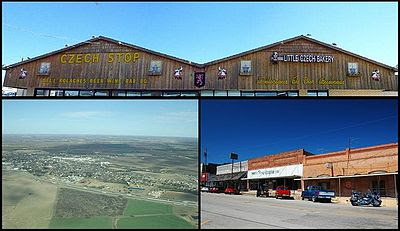 In fact, Wikipedia shows this picture of "Czech Stop" and "Little Czech Bakery" as the official image of the city with 2,700 inhabitants (there's also "the Czech Inn" and the "Czech Best Western Hotel" over there) and reminds us that it's nicknamed the "Kolache Capital of Texas". However, Caldwell, Texas claims the same title much like Montgomery, Minnesota and similar claims may also appear – due to kolache festivals – in Prague, Oklahoma; Prague, Nebraska; East Bernard, Texas; Cedar Rapids, Iowa; and Werdigre, Nebraska.


Business, maize, cotton, and other things were active in the area since the 1840s. But railway tracks appeared in the 1880s and they brought lots of Czech immigrants. Around 1890, the place already flourished with Czech business. In 1892, it was reorganized as a town and became a commercial center of a sort.


In 1896, William Crush organized a famous "Crash of Crush", a head-on collision between two locomotives, a predecessor of the SSC, just three miles south of West. It was watched by 30,000 spectators.

By the 1920s, it was clear that the Czech folks became the key glue of West. Some older folks still speak Czech in the town. 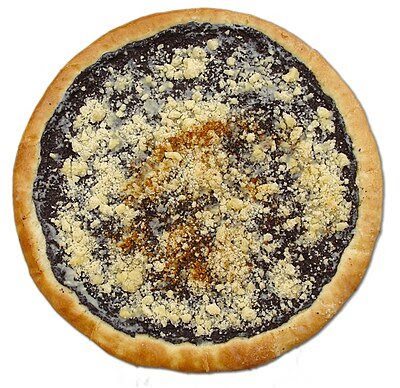 This is a koláč, or "kolache" in quasi-English, an apparent symbol of the Czech cuisine in the region. Wikipedia also suggests that the Czechs brought the tradition of "large families" over there – a feature that is somewhat hard to recognize with the present Czechs, I think.

In some sense, an ethnic Czech town is a rare beast in the U.S. Czechs have never been among the most represented immigrant nations in the U.S. In fact, I believe that even in absolute numbers, the number of Slovak Americans has always exceeded the number of Czech Americans (even though Czechia's population is twice as large as Slovakia's population) and Slovakia is far from the "largest exporters of people" into the U.S., anyway. I would guess that the reason was that the Irish, Poles, and others were escaping the misery in their homelands while most of the Czechs were sort of satisfied in the stinky industrialized Austrian imperial pond of ours – I mean Bohemia and Moravia.

See a page on Czech Texans. According to the 1990 census, 280,000 Texans – including 3/4 of the citizens of West – claimed Czech ancestry; more inclusive methodologies put the number at 1 million.

Koláče (kolaches) come in various sizes and shapes but for them to deserve the name, they should be round. "Koláč" is a "guy or a masculine thing that is like a kolo" where "kolo" means a "wheel" (or, more generally, anything resembling a circle or a disk: however, more special words are being used in Czech for a circle and for a disk). 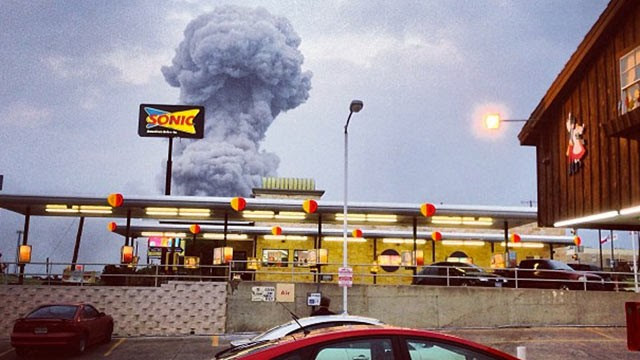 At any rate, the explosion is a huge mess. Several years ago, the plant committed a permit violation of a sort – another way to recognize their Czech roots, I guess. There has been 25 tons of anhydrous ammonia in that facility. It's heartbreaking but I believe the citizens' comments that "they are strong" and that this is a manageable event even within the context of the small town. So I will end this up on a happy note:

Waldemar Matuška, "The [not only Yellow] Rose of Texas" [lyrics], 1979. He emigrated to the U.S. 7 years later himself, in order not to get suffocated in the socialist Czechoslovakia. He spoke almost no English and his status of a top Czech singer couldn't translate to the U.S. English at all. So he lived out of the beers that the local Czechs bought him from singing a song in the pub; and from millions of dollars that his wife was earning. ;-)
Luboš Motl v 10:36 AM
Share