...and other events and anniversaries... 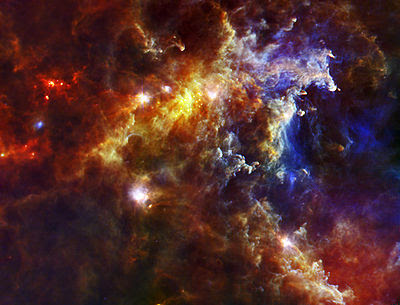 The life expectancy, 4 years, is pretty short, isn't it? What was the reason why Herschel had to end its mission? Well, it ran out of the liquid helium coolant. Such things are finite. Incidentally, I think that the general claims that we're running out of helium on Earth are heavily overblown.


Google icons remind us that Jaroslav Hašek, the famous Czech writer, was born exactly 130 years ago. 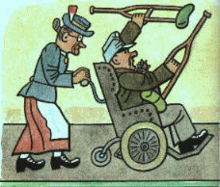 He was a Bohemian bohemian, practical joker, journalist, author of 1,500 short stories, but we of course remember him as the author of the Good Soldier Švejk. I am sort of proud that in the list of national personifications and symbols, the main guy representing the Czech national character is the only comical borderline imbecile. Unless I am overlooking someone, all the other nations have various brave and smart and strong and respectable figures and they take themselves way too seriously.

Don't forget about the Walpurgis Night tonight. It's observed by almost half of Europe even though it seems that almost no one aside from us, the Czechs, does the most important thing today: burning of the witches (women vaguely linked to the ending winter who may otherwise want to mitigate the hemispherical warming known as Spring). An ex-GF of mine has a birthday on this day which is easy to remember. ;-)

Shannon was born on April 30th, 1916. No, I don't mean our Shannon; I mean Claude Shannon, the father of information theory (or at least his formula for the entropy).

On April 30th, 1897, J. J. Thomson announced the existence of the new particle much smaller than the atom – later called the electron – during a Friday Evening Discourse at the Royal Institution.

Some of the first web pages, on the NeXT operating system. Via CERN.

Exactly 20 years ago, on April 30th, 1993, Tim Berners-Lee donated all the exclusive rights to use the web to the public. The World Wide Web became a public asset.
Luboš Motl v 6:43 PM
Share