Yasunori Nomura and Jaime Varela – sometimes with Sean Weinberg – wrote several papers that explain a reason why the argument by AMPS that black hole firewalls have to exist isn't warranted. 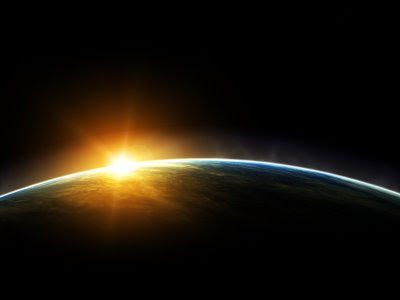 If I try to summarize the error by AMPS as phrased by these authors, I must say that AMPS assume that the equivalence principle holds for the "entire state vector" and they impose a "one size fits all" classical background geometry for all possible quantum states. In reality, the equivalence principle only holds for states that respect a classical background and different classical backgrounds are mutually excluding – and in practice, soon decohered – alternatives whose mutual coherence, not analyzable by classical GR, is needed to restore the unitarity of the black hole evaporation process. So depending on Alice's fate (does she fall into the black hole?), she may reinterpret the same "qubits" differently. I've been saying the same thing in different words.

Fine. Unless something unusual happens, this was the last paragraph on this blog explaining why there is no black hole firewall; the question has been settled for me for quite some time. But the newest paper goes beyond this controversy.


and the paper makes some first steps – very close to the thinking I've been pursuing as well – towards a reformulation of a quantum gravitational theory (i.e. string theory) in a way that makes the Planck-scale physics origin of subtleties associated with the black hole information puzzle manifest.

And this way of thinking can tell us much more than that. What do I mean?


In general relativity and any theory building upon its principles, the spacetime geometry is dynamical. Not only it can get curved but there are no preferred coordinates that we should use to describe a particular situation with particular quantum information stored in the matter. This principle, general covariance or diffeomorphism symmetry, is a starting point that allows us to "derive" general relativity. At the same moment, it's the "gauge invariance" of general relativity that is responsible for the neutralization of potentially dangerous unphysical modes of the metric tensor, a spin-two field. The diffeomorphism symmetry is what allows us to formulate general relativity in a manifestly Lorentz-covariant way.

When we deal with a deeper theory, namely string theory, the metric tensor degrees of freedom are derived from something else, along with many other degrees of freedom and/or symmetries. It doesn't mean that general covariance becomes approximate. Indeed, in all meaningful effective field theories – and perhaps even in all hypothetical versions of "closed string field theory" – the diffeomorphism symmetry would be an exact symmetry. But it would be just a part of a grander structure, a stringy symmetry with infinitely many higher harmonics etc. The non-perturbative counterpart of these statements is more mysterious and only partly understood today.

However, we often want and need to reinterpret some quantum information as the states of matter on a nearly fixed spacetime background. String theory produces all the states or excitations on all possible classical backgrounds "simultaneously". It doesn't organize these states into collections that are helpful to a particular observer. An observer must do so herself. And these authors sketch what such an observer has to do.

She wants to approximate the vicinity of her world line by the best possible approximation of a region of the Minkowski space. So she may go to the freely falling frame and deduce the right coordinates for the spacetime she finds herself immersed in. This reparameterization of her spacetime must be done separately for states above different classical backgrounds. So one-by-one, sort of, we deduce the classical geometry of the state and apply the relevant coordinate transformation to convert the spacetime into a form that is natural from her freely falling vantage point.

If we consider her current location to be the point \(p_0\) in the spacetime, the full Hilbert space of string theory may be rewritten as\[

\] The Hilbert space \(\HH\) contains all possible states in the past light cone of \(p_0\) that we assume to be reorganized according to the local Lorentz frame. The second, "singular" term is cool, sort of amusing, and related to the authors' criticism of a mistake by AMPS: it is the infinite-dimensional Hilbert space of all the states in string theory that don't agree with the existence of the point \(p_0\) and its smooth vicinity.

You see a nice and creative "spin" over here. The non-existence of some regions according to the geometry extracted from some quantum states is rephrased as the regions' looking "singular" in the coordinates deduced from these quantum states. And if you ask what the "singularity" is all about, it may be reinterpreted as having too high curvatures or accelerations. AMPS effectively forgot about the existence of \(\HH_{\rm sing}\), i.e. the existence of other states that contradict a pre-determined form of the classical background, and about all the information that is effectively stored in the specification of the classical background.

Nomura, Varela, and Weinberg then instruct the observer to build her own Hilbert space of states that may exist in her past light cone, that of \(p_0\). Decompose the state vector into states that seem to have a pretty well-defined geometry near \(p_0\) and evolve them backwards. Soon or later, you will experience a problem.

She may use coordinates \(\tau,\theta,\phi\) along with the affine parameter of a light ray \(\lambda\) to describe the neighborhood of \(p_0\). As she tries to extend \(\lambda\) too far, she will either hit\[

\] where the local proper acceleration \(a^\mu\) approaches the fundamental (Planck or string) scale. She knows that at least in these coordinates, the low-energy description of the degrees of freedom must break down. The points with \(\lambda=\lambda_{\rm obs}\) define the "[gravitational] observer horizon". Because of the Planckian or stringy acceleration, the degrees of freedom distinct from those in the low-energy limit become important.

There may be different coordinates in which it ain't the case because these points may be just coordinate singularities but it doesn't matter. We're rephrasing the Hilbert space from the viewpoint of a particular reference frame and this operation gets singular, sensitive to the Planckian or stringy physics, so string theory in this formulation deviates from a simple low-energy effective field theory.

At points of the observer horizon, \(\lambda=\lambda_{\rm obs}\), we postulate the existence of degrees of freedom with the Bekenstein-Hawking entropy \(S=A/4G\) or so where \(A\) is the area of the relevant horizon I will discuss soon. In this reorganization of the Hilbert space, all the degrees of freedom responsible for this entropy are viewed as the Planckian or stringy mess. It doesn't matter that in other coordinate systems – in the reorganization of the Hilbert space that is useful for other observers – the degrees of freedom may look like excitations on a nearly flat piece of space.

Alternatively, the spacetime may stop at "conjugate points"\[

\] which have a pretty ordinary general relativistic interpretation. In these two latter cases, there are no extra degrees of freedom attached to the end of the spacetime. Well, when I mentioned the area \(A\) determining the entropy a moment ago, it should really be the area of the apparent horizon – points with \(\lambda=\lambda_{\rm app}\) where \(\Theta=0\). These rules are probably meant to emulate Bousso's holographic entropy bounds although they may be derivable out of something deeper. I don't know the derivation if it exists at all.

There are various directions in which this sequence of thoughts may lead. Quite generally, I think it's an interesting task to try to understand how the Hilbert space is reorganized when we switch from one local Lorentz frame given by the point \(p_0\) to another one – whether it is infinitesimally close or very far. For the infinitesimal separation, there must be a procedure that tells us that "some degrees of freedom are lost" or, on the contrary, "they reappear" in a way morally similar to integrating out the degrees of freedom in the Wilsonian renormalization group. However, here the disappearance is not just due to a modified scale; it's due to a coordinate transformation that maps some well-defined "small perturbation of a background" state to others; but that maps some of these well-defined states into an ill-defined, non-geometric Planckian or stringy mess.

I've been thinking in a similar way for quite some time, e.g. in the context of Raju-Papadodimas and before them: in string theory, we want to reorganize the spacetime according to some background geometry and extrapolate this geometry as far as we can. But the new paper by Nomura, Varela, and Weinberg will probably encourage me to think about these matters a bit more self-confidently.

The light-cone-like coordinates probably simplify many things but they also suggest possible strategies to use the space-like slices. In this context, I can't forget to mention a cute "derivation" of holography I've been promoting for more than a decade. The volume \(V\) of a region of spacetime may look large and the entropy that the region carries, \(A/4G\), seems much smaller. However, we may also foliate the spacetime into slices that look like hyperbolic space-like planes of Planckian curvature (a regulated past light cone of a sort).

The proper volume of these hyperbolic slices, restricted to the given region, does scale like \(A\) in the Planck units and not \(V\): the hyperbolic slice is the Euclidean AdS and we know that the scaling holds for the AdS space! This could be an explanation why the number of degrees of freedom is so much smaller than \(V\) and I feel the paper by Nomura, Varela, and Weinberg is de facto trying to explain various holographic and information-preservation miracles in a similar way. The recipe is to try to use all transformations allowed at low energies up to the point where curvatures and accelerations become stringy or Planckian (the maximum value where we simply have to give up), and that's the point where the holographic coding of the information becomes particularly natural.
Luboš Motl v 9:55 AM
Share