SUSY GUT with \(A_4\): six predictions for fermion masses

Their model – or class of models – combines the constraints of supersymmetry, grand unification, and the \(A_4\) family symmetry to predict 20 parameters related to the fermion masses out of 14 parameters whose values they optimize. Among the 6 parameters they're able to predict without assuming them, 4 of them seem to match the experimental values very well and 2 predictions are completely new, expecting to be falsified or confirmed (a Majorana phase and the Dirac CP-phase).

That's quite something. Look at Table 3 on page 10 of the paper to see those amazingly accurate predictions for the masses, mixing angles, CP-violating angles, and neutrinos' squared-mass differences. I am impressed, especially because four of the confirmed predictions (a rather large number) seem to result as nontrivial predictions of their models.


I won't discuss supersymmetry or grand unification here because they're widely discussed topics on TRF and they're complicated, anyway. (See e.g. an article on neutrinos in grand unification.) Instead, let me focus on some "more special features" of their model, especially on the \(A_4\) flavor symmetry.


Recently, the last real angle in the neutrinos' mass matrix (PMNS matrix) was measured by the NuFIT collaboration. A surprise for many people was the relatively large value of the angle:\[

\] Physicists tended to assume that the angle was either zero or extremely tiny. Well, as some string-inspired models (F-theory phenomenology...) had been predicting for quite some time, it's not small at all. (TRF readers could have suspected the figure was large since June 2011.) If you multiply this angle by \(\sqrt{2}\), you pretty much get the Cabibbo angle. This seems like some crazy numerology except that this condition may be rather naturally explained by some group-theoretical assumptions. And they do it. 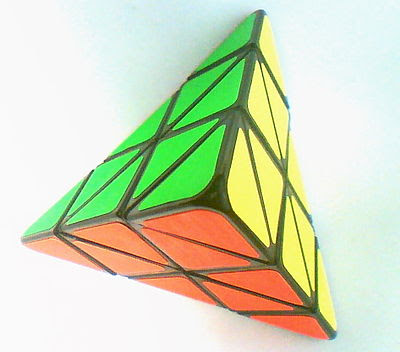 The idea of the \(A_4\) flavor symmetry began around 2001 in papers such as Ma-Rajasekaran (around 500 citations). The hierarchy of the charged lepton's masses (electron, muon, tau) as well as the near-degenerate neutrino masses (with large mixing angles) naturally arises from such a model. The symmetry has to be "softly broken".

Finally, the three-dimensional irreducible representation of \(A_4\) is nothing else than the space in which the tetrahedron whose 4 vertices are being permuted is being embedded as \(A_4\) is embedded into an \(SO(3)\). This 3-dimensional space is identified with the space of the three generations of leptons and quarks.

Symmetries are always legitimate principles except that a broken \(A_4\) isn't the only symmetry one could consider. At this moment, I don't know of any top-down or stringy reason why a softly broken \(A_4\) symmetry should be a part of the description of the generations but even in the absence of such an explanation (F-theory on a tetrahedron? some \(A_4\) orbifolds? centralizers inside some group?), I find the tetrahedral symmetry to be a plausible part of Nature (vaguely justified by some bottom-up, phenomenological observations) and the accurate prediction of 4+2 parameters besides the 14 input parameters seems like a rather strong piece of evidence that there is something about this idea. 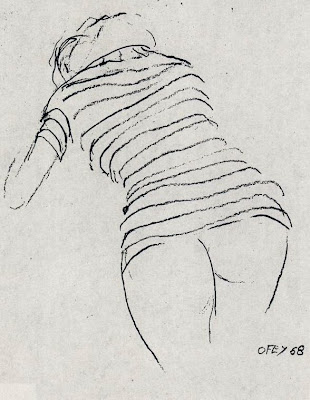 An off-topic bonus comment. There are two other new papers I want to quickly mention. Leonardo Modesto argues he can define finite quantum gravity in any spacetime dimension. He uses some non-polynomial functions of the Riemann tensor in the action to conclude that the theory is free both of renormalizability and ghost problems. It seems self-evident to me that both of these lethal problems are actually there. Non-quadratic functions of the fields inevitably create negative-residue poles, the ghosts (leading to negative probabilities), and the non-polynomial "form factors" are completely undetermined, leaving infinitely many unknown coefficients which is the real problem with non-renormalizable theories (complete lack of predictive power).

J.L. Chkareuli of Georgia wants to describe gauge fields as Goldstone bosons triggered by a spontaneously broken SUSY. He talks about some Lorentz symmetry breaking which doesn't break the actual physical Lorentz symmetry and doesn't really write any supersymmetric Lagrangians of recognizable types.

I am sure that for all experts, it is very painful or impossible to read similar papers because these papers not only look self-evidently wrong but the authors seem to be unaware of the elementary reasons why these papers are wrong. They just don't seem to interact with credible physicists so it seems they haven't even been told why their papers are wrong. Or they have been told but they have misunderstood it. Or they understood the reason but pretend that the reason doesn't exist.

At any rate, Mr or Ms Chkareuli and Modesto, you can't really make credible physicists read your papers unless you address the obvious reasons why your papers are wrong at a very visible place – and in the abstract. When one reads the abstract and the first page and determines that you don't seem to be aware of the basic knowledge and arguments and principles, he just throws your paper to the trash bin before he gets to the second page because acting otherwise would mean to waste time. I am not 100% certain and I can't be 100% certain that every paper that seems wrong after this quick reading is indeed wrong and empty of any valuable stuff but if there are too many papers like that and the estimated probability that they're wrong is too high, it's simply sensible to throw them as soon as possible. Their authors don't seem to care.
Luboš Motl v 9:37 AM
Share