Will you help John Cook "quantify the consensus"?

An Australian man concerned with climate change, John Cook, has sent me, because of this "one of the more highly trafficked climate blogs on the web" you are just reading, the following link:


I suppose that the gibberish characters at the end of the URL will be used to identify the TRF readers. 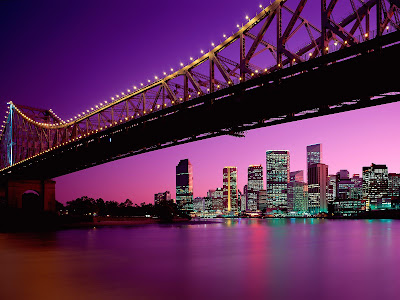 If you have fifteen minutes or so, you may try to be asked about 10 randomly chosen (unverified) abstracts of 1991-2011 papers from "Web of Science" and whether or not (at the scale 1-7) they confirm the "consensus" on the hysterical man-made global warming.


John Cook boasts to be the leader of this "research" and to have passed some ethical guidelines at the aforementioned university (which are likely to be either ignored in spirit or unethical by themselves).

I suppose this is an important part of his campaign meant to distinguish himself from a similar "researcher" Stephan Lewandowsky who had to flee Australia after his fraudulent papers attempting to identify climate skeptics with conspiracy theorists and kooks.


You may also leave your e-mail at the bottom of the survey if you want to be sent results and you may send a message to the survey's overlords.

I have rated my abstracts. The grades were 3,3,4,3,4,5,3,6,3,5: the average is exactly 4 which means neutral. As far as my ensemble goes, even the highly biased and sometimes low-quality literature – with lots of social sciences and other pseudosciences just blindly looking for a problem, taking the natural scientific claims about AGW for granted – is undecided when it comes to the question whether CO2 is dominant.

Some papers in my list discussed a variety of external forcings. The last paper showed a significant contribution of cosmic rays on the climate. At any rate, the idea of a pro-AGW consensus in the literature seems preposterous to me.

By the way, two weeks ago, NASA showed that CO2 and NO are cooling the thermosphere (upper atmosphere), at least during solar storms, by reflecting some of the solar radiation back to space. I think that Sullivan et al. misinterpret the findings, however. It's about the thermosphere – 85 km above the surface – so it has no direct implications for the temperature near the surface (it has more impact on visual fireworks we can see). In fact, it's rather typical that even the stratosphere (more than 10+ km above the surface) has the opposite temperature trends than the troposphere (where the weather takes place).

A bonus off-topic picture, via Wolfram Blog. The four images show the imaginary part, real part, argument, and absolute value of the Roger-Ramanujan function (given by an infinite continued fraction expression) in the unit disk where it's naturally analytic. Mathematica may be used to explicitly calculate some values of this elegant function – both numerically (e.g. by testing 10,000 digits of the numerically calculated result with a conjectured compact form) as well as symbolically prove that it's the right result, thus going beyond what Ramanujan (and Hardy etc.) could accomplish.
Luboš Motl v 6:05 AM
Share