Kip Thorne, a star in a Hollywood movie

You probably know the relativist Kip Thorne as a co-author of the Misner-Thorne-Wheeler book on GR, a co-father of LIGO, Gravity Probe B, and a researcher of black holes, wormholes, proponent of the membrane paradigm for black holes, and many other things in relativistic astrophysics. But as The Guardian told us yesterday,


he is commuting from Pasadena to a town that is 10 miles away, Hollywood, to shoot a November 2014 sci-fi movie called Interstellar. 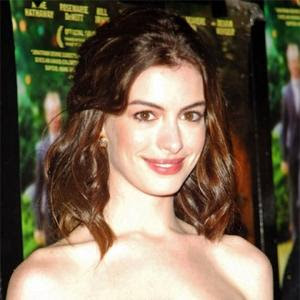 Theoretical physicist Anne Hathaway (who is also famous in Hollywood where she has earned $15 million) will be the main female star along with Jessica Chastain. Male actors will include Matthew McConaughey, Casey Affleck, and Michael Caine.


The movie will be about wormholes and other Thorne-related beyond-Einstein topics in general relativity. It was apparently important that Thorne is a "colorful figure who wears jeans, Birkenstocks, Hawaiian shirts and a battered cowboy hat." The description also says that "he regularly makes scientific wagers with Stephen Hawking, a close friend, and invariably wins. (Hawking's penalties have included forking out for a subscription to Penthouse magazine)."

This "permanent winner status" is somewhat bizarre because Thorne was on the losing side, along with Hawking, of their bet against John Preskill concerning the black hole information paradox. Unlike Hawking, Thorne hasn't conceded yet which seems painful to me. On the other hand, it's true that Thorne won a Penthouse-related bet against Hawking.


Incidentally, Pedro Leonardo Mascheroni (77), an Argentinian-born U.S. citizen who worked in Los Alamos as a physicist, finally pleaded guilty that he and his wife were working hard to donate the nuclear bomb technology to the socialist country of Venezuela. He was previously insisting that he was innocent.

I think that Edward Snowden is yet another example of the fact that various institutions that are critical for the safety of the U.S. – and perhaps other Western countries – are routinely hiring activists who have offered others no reason to think that they would be loyal servants of the capitalist countries, their citizens, and their security. Whether Snowden is a loon or a hero is a difficult question but the fact that a person with his known background and with his publicly declared values shouldn't have been hired to his job seems self-evident to me.
Luboš Motl v 12:23 PM
Share