An ugly image of a double-faced, hypocritical America emerges


Off-topic, philosopher's birthday: One of the greatest polymaths of the history, Gottfried von Leibniz, was born on July 1st, 1646. See this biography written in 2008. His father, a professor of moral philosophy in Leipzig, East of Germany (who was half-German, half-Sorbian i.e. Slavic: I couldn't understand a Sorbian song, looks like a countryside Czech dialect pronoucation of Polish words inspired by some Yugoslav speakers), died when Gottfried was six. From that moment on, he had access to the dad's huge library and was affected by his mother's teachings. He wrote often valuable things in dozens of disciplines but his standards and ingenuity in natural sciences couldn't match Newton's.


Edward Snowden hasn't been assassinated by the U.S. government yet so he is starting to make some real impact, unfortunately a negative one so far. The media such as the Guardian told us about the anger in Europe that erupted after some European countries' officials were shown documents indicating that Prism is spying on EU in general and Germany in particular:


The extremely promising Euro-American free-trade pact has been threatened after we learned that half a billion of phone calls, text messages, and e-mails are tapped by the U.S. every month. I can't really imagine how this huge amount of information may be effectively monitored, how many (invisible?) people the U.S. intelligence services are employing etc. 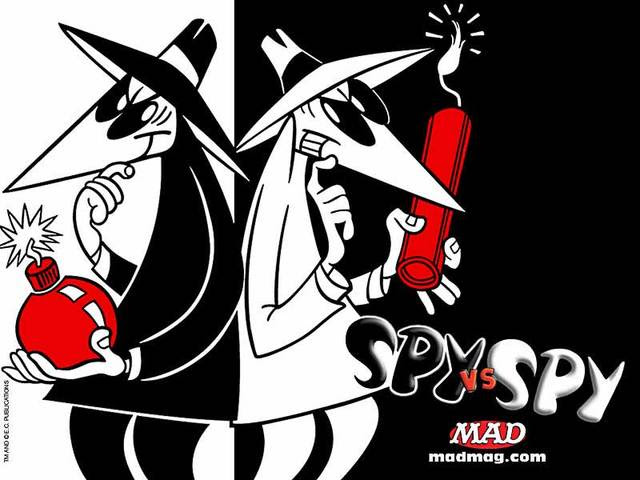 It would be great if people kept their heads cool because the trade pact could be a great thing and if they tried to see all the things in the context – every major power is spying on someone and Snowden actually indicated that the U.K. is more brutal in this respect than the U.S., a subtlety that the Guardian and others fail to mention – but on the other hand, I won't hide that I am kind of troubled by the revelations, too.

I generally like the Americans' character but this story highlights some of its darker sides including an unmatched level of hypocrisy, a hardwired hardcore centralization sentiment, and a generally poor understanding of (and respect for) other nations' culture and inner working. I will get to these points momentarily.


The NATO headquarters in Brussels, Belgium were the starting point for the NSA to obtain some EU politicians' (and many other people's) sensitive data in an unfriendly way. The offices of the European Union have been a major target. Well, let me say that these Eurobastards should be monitored – but they should be monitored by the European citizens because the European citizens are those who are affected by the Eurobastards' acts most intensely.

The NSA hasn't told us anything about these acts – without Snowden, we wouldn't even know that the spying was going on – so it is hard to present the U.S. spies' behavior as a friendly one even if I dislike most tendencies in the EU today.


But Germany is the main targeted nation state. The American scrutiny of Germany was elevated to a new level sometime in 2010 – clearly during Obama's tenure. In fact, Germany was placed in the same box as China, Iraq, and Saudi Arabia while the English-speaking countries such as the U.K., Canada, Australia, and New Zealand were included in the less monitored, more friendly category. It is hard to convince oneself that this surprising categorization of Germany occurred because the U.S. services haven't detected the violent resignation of Adolf Hitler as the German chancellor yet.

All these revelations are worrisome because they're so hostile. It isn't hard to understand that stealing half a billion of secret messages from a nation every month isn't exactly a friendly behavior. But aside from the intrinsic hostility and the lack of trust, the documents unmask some troubling aspects of Obama's America's thinking – and perhaps America's thinking in general.

First, you can't really believe current American officials – and perhaps other Americans – when they praise you as a great ally and friend. In particular, Obama has repeatedly praised Germany as an extraordinary ally. He did so a few days ago. But even if you return to November 2009, a moment a few months before the new wave of spying began (and a moment when it was probably already under construction), he said things like:


"I should just note that Germany has been an extraordinarily strong ally on a whole host of international issues," Obama said. "Chancellor Merkel has been an extraordinary leader on the issue of climate change [oops]. And the United States, Germany, and countries around the world I think are all beginning to recognize why it is so important that we work in common in order to stem the potential catastrophe that could result if we continue to see global warming continuing unabated [blah blah blah]."


He has always had a big mouth but a sensible person just can't take his words seriously. These comments don't apply just to his remarks about the friendship.

America has been among the most vocal defenders of the preposterous meme that the ethnically, culturally, and historically defined nations and their interests belong to the past. We may hear this total rubbish all the time – after all, nations are defined by their territory and values only, and so on. But when you look under the surface, you may see who are the "real" allies and who are not. The "real" allies just happen to be those who speak the same language. A coincidence? I don't think so.

Also, America repeatedly claims that individual citizens and all the ethnic groups are participating in the decision-making process. That's how America – according to its public proclamations – imagines the mechanism of the decision-making process, at least in democracies. However, as soon as you look under the lid, you see something entirely, entirely different. The U.S. agencies are literally obsessed by the (fundamentally misguided) question "who is really controlling Europe". So we have learned that they have decided that some politicians in Brussels and Berlin have this power.

It's just amazing. This obsession breathtakingly contrasts with the publicly available proclamations, with America's declared will to help the oppressed nations and ethnic minorities to decide about their fate. In reality, the power in Europe isn't as centralized as the naive, geography-challenged folks in the U.S. agencies seem to imagine. Most political decisions are still being made at the national level. This is true even (or especially?) when it comes to the foreign policy issues.

Germans represent about 1/6 of the EU population (the most populous single nation) and Germany's contribution to the European GDP (22%) is somewhat (a little bit) larger than that, much like Germany's contribution to the power and decision-making in the EU (30%?). But it's just nowhere near 100 percent. Germany's opinions may be correlated with the ultimate decisions by the EU in a percentage of cases that may approach 100 percent but that doesn't mean that Germany is actually behind this correlation. In most cases, it just means that other EU countries or politicians agree with those in Germany and Germany agrees with them – in a balanced way.

At any rate, the revelations do reinforce the picture in which a majority of the Americans – including most of the bureaucrats in the intelligence services – are just too stupid and too disrespectful when it comes to foreign countries and the idea that Europe is composed of dozens of largely independent nations seems just too difficult for them to grasp. They're obsessed by the idea to simplify this complex world and look for a framework in which the political arrangement of Europe is fully analogous to the arrangement of the U.S. Well, it's not! American spies may spend decades by the search for Henry Kissinger's notorious and proverbial "one telephone number of Europe" but after they penetrate through trillions of telephone calls, they won't find anything because there is no single telephone number of Europe.

Politicians from many European countries are demanding explanations. I don't think that there's much to explain here. The stories are almost certainly true. It's pretty normal for countries to spy on others which is the actual explanation why America is doing it, too. We shouldn't investigate whether the U.S. spies on Europe – it clearly does. Instead, people should try to find out who else may be spying because some of the analogous information that we weren't shown yet may be much more dangerous for us.

To summarize, the very fact that Prism has targeted the communication in Europe isn't too surprising to me. The detailed ideology – ideas about the way how Europe and the world do operate and how they should operate – seem more troublesome to me. At any rate, a sensible person should learn that big words about friendship, equality of nations, and democracy spoken by folks like Barack Obama – and his very smile – shouldn't be taken seriously. In your real decisions, all these things should be ignored. While Obama himself has won the 2008 and 2013 elections as the ultimate king and symbol of hypocrisy and the search for the most politically correct, kitschy image (and yes, something as irrelevant as his colorful racial background was the main fad that was helping him to win both recent elections), I am afraid that these revelations tell us about the character of many more people than just Barack Obama.