As the TRF readers are regularly reminded (see especially dark matter wars), an increasing number of direct dark matter search experiments indicate that there exists a very light particle of dark matter, \(7\)-\(10\GeV\), that may have been detected underground. Its cross section with a nucleon, if spin-independent, would be close to \(2\times 10^{-41}\,{\rm cm}^2\).


Off-topic, feeds: the former users of Google Reader may try Feedly, try the red feed logo near my photograph in the right sidebar, or The Old Reader, a link to this blog's feed.
LHC luminosity will be 10 times higher: new U.S. niobium tin quadrupole magnets capable of focusing the proton beams have succeeded in Fermilab tests. This should allow CERN to increase the luminosity within a decade (not since 2015, unfortunately) one order of magnitude above the maximum designed value! See Red Orbit, E&T.


Most recently, CDMS suggested an \(8.6\GeV\) particle in their three events. It's not impossible that LUX, an experiment in South Dakota that is already running, will reveal some spectacularly clear evidence in favor of this light dark matter particle by the end of this year when they almost certainly publish their first results.

However, the number of papers in the phenomenological literature that are implicitly compatible with such a light dark matter particle remains very low. In May, I talked about the proposed right handed sneutrinos. The third hep-ph paper today,


by Matthew R. Buckley, Dan Hooper, Jason Kumar (I know Jason in person) proposes another possibility, one that is arguably more attractive than the sneutrinos and that overlaps with a possibility promoted on TRF many times in the past: the extended supersymmetry.


Phenomenologists ordinarily talk about the minimal, \(\NNN=1\) supersymmetry in \(d=4\). This supersymmetry is generated by one Weyl (or Majorana) spinor of fermionic generators which consists of four real supercharges – an invariant, dimension-independent way to count them.

This supersymmetry implies the existence of a bosonic species for each fermionic species and vice versa. But it is doing so minimally: a known Majorana or Dirac fermion invites one or two complex scalar partners, respectively, and a complex scalar or a real gauge field brings its Majorana fermionic friend.


Remarkably enough, after SUSY breaking, these extensions of the Standard Model, despite their constraints on the dynamics, are consistent with all observations assuming acceptable – but not "perfectly naturally looking" – values of the parameters (especially masses). However, the required choices of the parameters are not quite aesthetically satisfactory and supersymmetry isn't making down-to-Earth experimenters certain that it is doing something for them.

To require \(\NNN=2\) supersymmetry for the whole particle content would be too much of a good thing. This extended supersymmetry is too strong and implies too many constraints that are incompatible with the basic properties of particle physics as we know it from experiments. For example, \(\NNN=2\) SUSY implies that physics is left-right-symmetric so there can't be any diversity in the charges of the left-handed and right-handed fermions; the couplings are too constrained; there are just too many new particles that should stay light; this SUSY can't really be spontaneously broken by a field-theoretical mechanism.

However, there exists a possibility that \(\NNN=2\) is respected by a part of particle physics, the gauge bosons and their superpartners, while the matter – the chiral multiplets extending known leptons and quarks – only respects the minimal \(\NNN=1\) SUSY as it does in the minimal supersymmetric models. This asymmetric treatment of gauge bosons and matter in generations may be justified by braneworlds in string theory where the gauge bosons may live on higher-dimensional (e.g. codimension-two) branes and preserve a higher amount of SUSY; while the chiral multiplets such as quarks and leptons live on intersections of such branes and preserve a lower amount of SUSY. 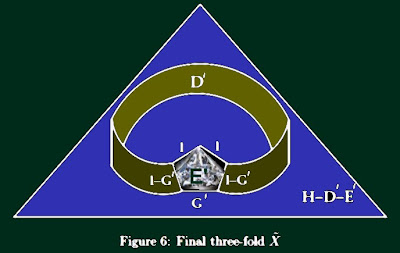 So the gauge bosons are extended not just to \(\NNN=1\) vector multiplets by adding their superpartners, Majorana gauginos. Instead, gauge bosons are extended to whole \(\NNN=2\) multiplets that contain two copies of the Majorana gauginos – i.e. effectively Dirac gauginos (the Dirac masses must inevitably arise so it's really wrong to talk about two Majorana fermions in that case) – as well as extra complex scalars, the sgauginos (sgluinos are most frequently discussed in this context).

And it is the Dirac gauginos that are proposed as dark matter candidates in the new paper by Buckley at all. Incidentally, Matt Buckley has a Twitter account where he recently tweeted about 100+ tweets on the recent Santa Barbara LHC phenomenology conference.


Their scenario proposes dark matter composed of Dirac gauginos, probably mostly Dirac binos (with almost no flavor of higgsinos added; note that the dominant type of neutralinos in the hep-ph literature are neutral winos instead – I surely don't mean just Gordy Kane) which can be very light, perhaps consistent with the \(7\)-\(10\GeV\) range suggested by the dark matter direct search experiments. (Note that Dirac gauginos have also been argued to naturally admit much heavier masses than the normal Majorana gauginos so they're flexible in both directions.) These dark matter particles may annihilate through slepton exchange and things work well if the squarks are pretty heavy. The \(R\)-symmetry to be discussed below may also be broken and depending on the strength of the breaking, one may interpolate between the normal phenomenology with "just" \(R\)-parity and their new phenomenology with the full \(R\)-symmetry.

That's everything I am going to say about the particular paper. Now, some extra background.

These \(U(1)\) transformations are generated by a charge and they're called the \(R\)-symmetry. In even more extended SUSY vacua, the \(R\)-symmetry may become non-Abelian; for example, it is \(SU(4)\sim Spin(6)\) in the \(\NNN=4\) gauge theory known from the most famous example of the AdS/CFT correspondence. Note that the \(R\)-parity may only be \(P_R=\pm 1\) if we adopt the multiplicative form of the group \(\ZZ_2\) and for the Standard Model particles, it may be written as\[

\] where the odd coefficients may be replaced by other odd coefficients because the signs don't change (but some choice of the coefficients may be better than others for the beyond-the-Standard-Model particles). You may check that the bosons and fermions in the Standard Model have an even and odd \(2J\) (that's always the case!) as well as even and odd \(3B-3L\) (only in the Standard Model) so the sign above is always positive while their superpartners have a negative \(R\)-parity. The \(R\)-parity generates a group isomorphic to \(\ZZ_2\).

On the other hand, the \(R\)-symmetry is an additive group isomorphic to \(\ZZ\); its charge (generator) generalizes the exponent from the \(R\)-parity above and we suddenly care about its value, not only about its being even or odd. The supercharges \(Q_A^{1+i2}\) carry the unit charge – the sign is reverted for \((1-i2)\) and it is reverted once again for the complex conjugates. So in each multiplet, you find some particles with different \(R\)-charges. Incidentally, theories with an unbroken \(R\)-symmetry may admit several new stable species. If the lightest \(R=\pm 2\) particle (which can be e.g. the new Higgs-like scalars \(R_{u,d}\) in their model which combine with the usual Higgs doublet chiral multiplets to a full \(\NNN=2\) hypermultiplet) is lighter than two \(R=\pm 1\) particles, then both the lightest \(R=\pm 1\) and \(R=\pm 2\) particles will be stable, and so on.

Because the gauge bosons must be neutral under \(R\)-parity because they may be created without limitations (think about extra photons produced while accelerating a proton), the gauginos must be charged under this \(R\)-symmetry. So the Dirac gauginos differ from their antiparticles just like the electrons differ from positrons. In this respect, they are different than the ordinary (neutral, not \(W^\pm\)) gauge bosons and their Majorana gauginos which are their own antiparticles.

This Dirac character of the new particles has various advantages, see the paper. I can easily imagine that people will have found it stupid that they will have studied just the \(\NNN=1\) supermultiplets in phenomenology. Maybe, we will be saying that it was a typical example of not taking a new idea seriously enough. New ideas that seem to work should always be pushed to the limits but the people almost always fail to do so. Because of some counterproductive egalitarian instincts, they have assumed that the same amount of SUSY must be relevant for all particles in particle physics but it ain't so because the gauge bosons may naturally remember a higher amount of SUSY from their stringy or Planckian ancestry.

If LUX confirms the existence of the light dark matter particle in the results published before the end of this year (or XENON1T later: they only began construction this year), which I personally guess is more likely than not (but I won't say anything stronger because I am not convinced about anything stronger), we may find ourselves in an extremely exciting and interesting situation. Many more people will undoubtedly study things like extended supersymmetry. In that case, I would surely recommend them to study string theory much more carefully than ever before because many beautiful and essential insights have been found by string theorists in the context of extended supersymmetry where it is most straightforward to see string theory's muscles.
Luboš Motl v 8:43 AM
Share