I decided that the most exciting hep-ph preprint today is


by Alexandre Arbey, Marco Battaglia, and Farvah Mahmoudi. An interesting detail about the list of the authors is that all of them are partially affiliated with the CERN theory division. Why is it interesting? Because the LHC top squark rumor from February 2012 was later rumored to have arrived from the CERN theory division so these three physicists might know much more about the superpartners accessible to the LHC than the rest of us. 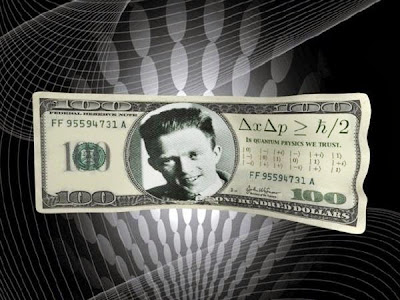 They are inspired by the "positive side" of the dark matter wars and investigate whether the MSSM (Minimal Supersymmetric Standard Model) may predict the LSPs (Lightest Superpartners: the supersymmetric theories' candidates for the WIMP dark matter particle, in most cases) that are as light as \(10\GeV\) or so. Note that the most accurate figure suggested by the "coalition of the willing" is \(8.6\GeV\) by CDMS II Silicon.


At any rate, the new CERN theoretical paper argues that in contrast with the unproven assumption in the bulk of the MSSM literature (that superpartner masses are above \(100\GeV\)), this very light new particle that the dark matter direct search experiments are perhaps seeing could be the ordinary neutralino from the MSSM, the simplest and most widely studied supersymmetric model of particle physics.

The late LEP collider that used to work in the LHC tunnel until 2000 (LHC's song) has measured the invisible width of the Z-bosons – the number of times when this boson decays to invisible final products – and it hasn't found anything. It means that such a light hypothetical LSP can't be interacting with the Z-boson too strongly. Consequently, it must be mostly photino, a state that is perpendicular to the zino.


This is my wording which, I believe, reflects a more appropriate choice of the basis than the bino/wino dichotomy. The usual 2-dimensional basis in the space of the neutral colorless gauge bosons consists of the photon and the Z-boson and you may consider their superpartners, the photino and the zino. It's perhaps more natural because the fermionic superpartners get contributions to their masses from the Higgs mechanism, too (and not just from SUSY breaking). Because the \(Z\to \tilde\chi^0_1\tilde\chi^0_1\) must be suppressed (the superscript zero is the electric charge; the subscript labels particles of a similar kind from the lightest so 1 means the lightest one in the group), it follows that \(\tilde\chi^0_1\), the lightest neutralino (which happens to be the LSP), must be nearly a photino.

Because the photon is "mostly" the \(U(1)_Y\) B-boson while the Z-boson is "mostly" the \(W_3\) neutral W-boson, we may also say (and they do say) that the LSP in their scenario is mostly the bino. In the popular MSSM scenarios, the LSP is on the contrary mostly a neutral wino. As I said, I think that we could be shown that it's more natural to keep the basis photino/zino for the superpartners as well and the LSP discussed in the paper could be almost exactly a photino.

Such a light LSP would lead to various contradictions in the generic case but all of them will be solved with the extra assumption stated in the next paragraph. Moreover, the very light LSP would generically have a too tiny cross section with the nucleons which would make it impossible for these photinos to show up in the dark matter direct search experiments.

Both problems are solved if the NLSP (Next to Lightest Superpartner i.e. the second lightest supersymmetric partner) is the mostly right-handed sbottom, \(\tilde b_R\), with the near-maximal mixing angle around \(\pi/2\). If the mass splitting is\[

\] then the nucleon-WIMP cross section is pleasantly increased, some unwanted processes are suppressed, and everything seems OK. For the light sbottom, they mention their preferred mass range \(15\)-\(25\GeV\). But if you assume that the LSP sits near \(8.6\GeV\), the CDMS II Silicon figure, then you may see that the light sbottom should be lighter than \(16\GeV\) or so.

The lighter top squark should be between \(600\GeV\) and \(700\GeV\) in this picture. The lower bound follows from the stop's absence in some LHC searches; the (less certainly known) upper bound is required to preserve the stability of the Higgs potential. The heavier, mostly left-handed sbottom is another \(100\GeV\) or so above the top (or at least not far). The second lightest neutralino and the lightest charginos are between \(150\) and \(1,000\GeV\).

I think it would be lots and lots of fun if the LHC began to discover the superpartners starting from the very light photino and bottom squark. Such a possibility seems to be consistent with all LHC constraints, with the positive hints suggested by the dark matter direct search experiments, and perhaps even with the rumors that the LHC may have been seeing some hints of third-generation squarks for some time and that the CERN theory division is the environment that may be ahead of us in the knowledge of this breakthrough. ;-)

To parameterize the possibilities, the paper is employing the pMSSM, the 1999 phenomenological MSSM i.e. the MSSM's bottom-up phenomenology-inspired (19 masses of superpartners quantifying) subspace of the parameter space, that is more viable than the nearly excluded, top-down-inspired (but equally dimensional) CMSSM ("C" for "constrained") / mSUGRA (Minimal Super Gravity) subset and that is likely to spread in the SUSY model building literature in the foreseeable future.

In most of the typical MSSM literature, the superpartners were always reorganized to charginos, neutralinos etc. and treated independently of their known superpartners. I increasingly feel that this may have led to an unnecessarily generalized choice of the bases.

Instead, it's plausible that the simple superpartners of the known particles, including the photon and the Z-boson, could produce a more realistic basis. It seems very natural to me to believe that the photino isn't too heavy i.e. isn't too far from the (vanishing) mass of the photon; the zino isn't "too" (more than a factor of 4 heavier) far from \(90\GeV\); and the sbottom and the stop aren't too far from the masses of the third-generation quarks, either. In fact, the Wildlife Supply Company already offers you a $47 plastic tool to replace all bottom quarks in an object by comparably light sbottoms (see the amazon.com link). With this logic taken seriously, I would also expect the stau[s] (tau slepton) and the tau sneutrino to be relatively light; the assumption is that the particle-superpartner mass proximity doesn't apply to the first two generations and gluons-gluinos.
Luboš Motl v 12:16 PM
Share