Did soot melt glaciers in the 19th century?

Media including NBC focused our attention to a paper in PNAS,


by Thomas Painter and 5 co-authors from Caltech, Michigan, Innsbruck, Davis, and Boulder. The claim is easy: the post-little-ice-age melting of glaciers in the 19th century started well before CO2 could possibly matter which is inconvenient so a different explanation has to be found. The explanation is dirty snow from the industrial revolution. 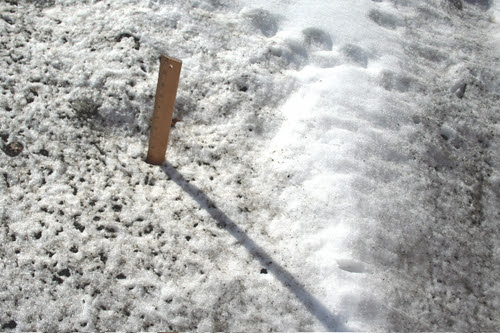 Well, I find it plausible. Throughout the late 18th and the whole 19th century, they didn't care about the clean air at all. In some sense, they were happy people who hadn't devoured the apple of knowledge yet.


Just imagine: their lives could have been shortened by a year or a few years due to soot and other pollutants. But the advantage was that they didn't have to be constantly afraid of, or paranoic about, the dirty air. They could build without any environmental restrictions. They could freely live in these environments, too. I often tend to think that our modern obsession with the environmental standards brought us more unhappiness than benefits.


So there was enough soot around. Soot makes snow dirty. Dirty snow is darker and absorbs more light. That's why it heats up and melts. Moreover, the melting point of a mixed compound is generally lower – such mixtures tend to be liquid at temperatures at which pure compounds may still be solid crystals.

So the only question was whether enough soot was produced and whether it could get sufficiently far to affect the Alps because, you know, soot isn't gas so it can't just mix with the rest of the atmosphere. Soot is made of solid carbon particles, stupid. Emil Škoda's factory in my hometown of Pilsen in the 1880s. Check that the number of chimneys grew by 1938 as shown by a stamp from June 1938 released shortly before the Third Reich began to damage Czechoslovakia. The stamp clearly shows that before the war, they were still immensely proud about all the pollution.

The paper talks about forcings between 9 and 35 watts per square meters. This is vastly higher than the "dangerous" forcing often attributed to the doubling of CO2, 3.7 watts per square meter (this is an IPCC-approved number, I am not saying anything controversial at all: only the translation of this forcing to a temperature change is controversial because it also depends on the sensitivity). Nevertheless, this soot effect which is between 3 and 10 times stronger than the effect of all the CO2 that we have added and will add between 1750 and 2100 (distant future!), even though it could have been created within one 19th century industrial season, is apparently quantitatively discussed in the climatological literature for the first time.

Just try to appreciate how immensely irrational this situation is. We were (and to a lesser extent, we still are) bombarded by kilotons of would-be scary junk about the threats posed by carbon dioxide, we are encouraged to pay trillions of dollars or even to qualitatively change our lifestyle. But an effect – an obvious effect in schoolkids' eyes – that seems to be 3-10 times stronger hasn't been really discussed or quantified for all the decades when the "climate change" hysteria was around and when researchers into this "problem" were getting tens of billions of dollars for investigating it. They just missed a 3-10 times stronger effect than their pet effect. They missed many other things, too. 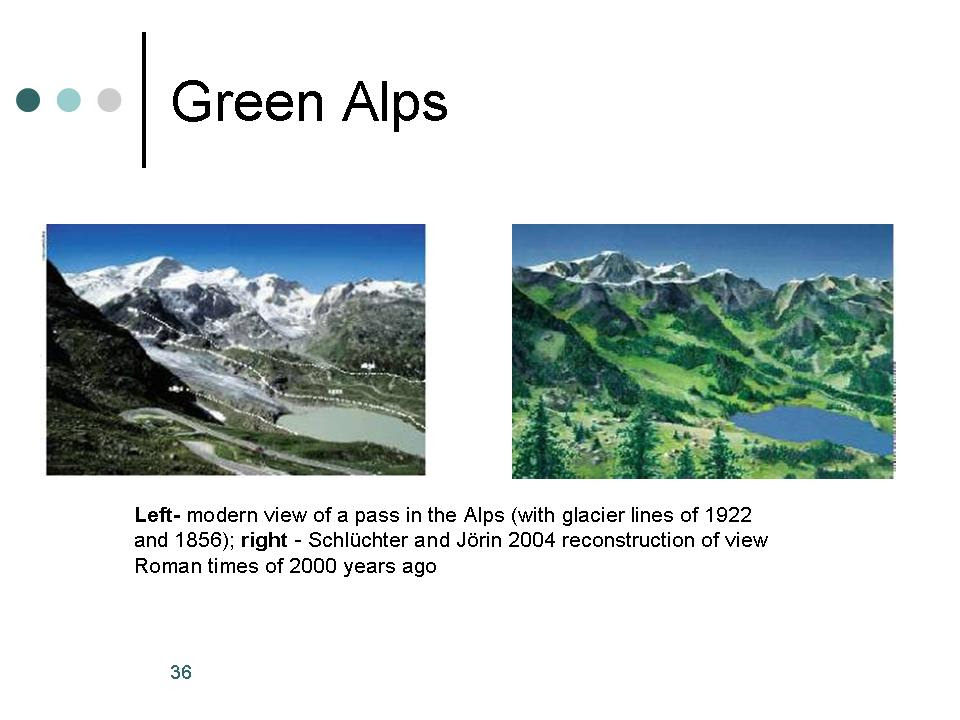 While I find it plausible that soot mattered for the glaciers in the Alps, I think that more solid papers have to be written before we can be sufficiently certain about it to care about the research at all. But at the end, I am unlikely to believe that soot is the right explanation for most of these changes to the glaciers that occurred in recent millennia.

For example, the glaciers were probably nearly absent in the Alps – some mountains in the Roman Empire – 2,000 years ago. Was this absence due to man-made soot, too? Well, we might be underestimating the industrial activity of the Roman Empire – I actually do believe that in many surprising respects, they could compete with us. But just the overall human population was too small. The whole Roman Empire had 50+ million people during Augustus' reign. Well over 500 million live on the territory today. I have some trouble to imagine that they produced much more than 10 times more soot etc. per capita than we do today but it's not quite impossible, I think. The empire had to build on lots of very primitive, environmentally unfriendly "industry".

If we penetrate deeper into the history, then at some point, the soot from fires ignited by men becomes indistinguishable from soot from natural fires and similar events; the human addition gets lost in the natural background.

OK, fine, we have largely eliminated industrial soot pollution from our lives. We can't really eliminate or substantially and discontinuously lower CO2 emissions because it's so essential for industrial as well as biological processes. But should we? The total accumulative effect of man-emitted CO2 through three centuries of the industrial revolution may be 10-30 percent of the soot effect claimed in this paper, an effect that our 19th century ancestors didn't even know (and care) about. Even though soot was harmful for health, unlike CO2, they survived just well and their work built solid foundations for the truly remarkable strengthening and modernization of the human civilization that we've been witnessing since the 20th century.

So no, except for a dozen of specialists in the world, people on the Earth just shouldn't care about CO2 emissions for a second. It's stupid. The climate is affected by lots of factors. Some of them are purely natural, some of them are man-made, and some of them are mixed because some fires and other processes result(ed) from the cooperation of humans and Nature. Some of the contributions are understood, others are less understood, a big fraction of the important effects isn't understood at all. It is completely silly to tear one of the minor effect (a half-understood man-made contribution) out of context and promote it to something that even non-climatologists should care about just because this minor contribution is closest to their normal lives.