The king of an unnamed Scandinavian country, C.G., asked the TRF readers to help him with a funny award.

Nobel Prize in Physics, live video of the announcement was embedded above.

A rich billionaire who earned the money from sales of explosives apparently wanted to clean his conscience a little bit so he donated some money to create a prize – similar to Yuri Milner's prize but 3 times less generous. 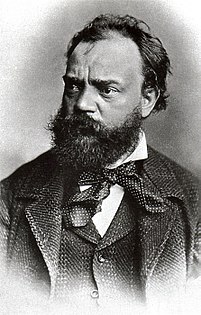 The inventor of the explosive must have been a twin brother of the Czech composer Antonín Dvořák.

On Tuesday 11:45 am Prague Summer Time, the king's committee has to choose the 1-3 new physics winner(s) and they had an idea that the winner(s) could be related to the July 2012 discovery of the God particle.


Some potential candidates – especially Lev Landau and Robert Brout – have made a subtle mistake; they have died. Sadly, the mistakes occurred despite the fact that they were preemptively warned that this mistake instantly disqualifies the candidates. (One peace prize and one literature prize were given posthumously; one economics winner died a few days after the announcement, not necessarily because of the shock.) However, François Englert who wrote the paper with Brout is thankfully with us. After some conversations with the king, we produced a shortlist of 12 candidates. The first five of them directly represent the God mechanism i.e. the spontaneous symmetry breaking; Peter Higgs is the only one who really discovered, realized, and emphasized the existence of a new physical polarization of a particle.

The following two, Yoichiro Nambu and Jeffrey Goldstone, were important for our understanding of the physics of the spontaneous symmetry breaking in the case of global symmetries (the appearance of new massless bosons for each broken generators – these bosons are named after them) which is a "toy model" underlying the God mechanism that was clarified about 4 years earlier. Nambu may have a hard time to win another prize because he got one for related achievements 5 years ago. This comment also applies to Steven Weinberg who won his prize in 1979 for having incorporated the detailed version of the God mechanism to the Standard Model (that incorporation also predicted some other phenomena so he could get his prize decades before the Higgs boson discovery and even 4 years before the discovery of the W-bosons and Z-bosons).


The final three candidates represent the experimental teams – CERN and the two major detectors at the LHC, ATLAS and CMS.

Your vote doesn't have to support your best candidate. You may support someone who should get among the 1-3 winners although other people may understate his or her importance. So you may vote for the candidate who is the most underestimated one in your opinion.


The king is telling me that if we don't submit reasonable poll results by Tuesday, he will order his explosive bilionaire-named committee to announce that the prize goes to someone who has nothing to do with the God mechanism.

Will you help the aristocrat and his explosive pal? ;-) Please feel free to ask thousands of your friends to cast their votes to your pet candidate.

Disclaimer: These are as scientific polls as the polls that produced the main figures in the IPCC report. They were offered for those readers interested in expressing an opinion on the central issue noted in the polls and possibly in an accompanying story.

The results are representative only of those self-selected Internet users, not of Internet users in general or the scientific community or the public as a whole.
Luboš Motl v 7:33 PM
Share