Some fun events and articles related to the climate were recently posted. Pierre Gosselin pointed out that a well-known German daily, TAZ, told its readers that the German environmental psychologists determined that climate alarmists need a psychiatric treatment. The TRF readers who have also read Alexander Ač's essays must have made this "discovery" long before the German colleagues.

Also, Nature published an essay arguing that the IPCC is ripe for (criminal, psychiatric) examination; see a review in Nature and WUWT.

Such things would be unthinkable in similar self-described "mainstream" news sources before 2009. That's also the case of a new paper in the Science Magazine that argues that the Medieval Warm Period was global, not just regional, and significantly warmer than today.


The paper is called


and it was written by Yair Rosenthal of Rutgers (my graduate Alma Mater), Braddock K. Linsley (Columbia), and Delia W. Oppo (Woods Hole, MA). Andrew Revkin wrote about it and recorded a 30-minute interview with some of the authors. See also the report on Anthony Watts' blog.


Because the work looks at the Pacific Ocean, it shouldn't be surprising that the oscillations cross the boundary of the Northern Hemisphere (the so-called equator LOL). I think that the Pacific Ocean conducts and transfers the heat well enough so that a heat anomaly at one place is spread to the whole mass, at least if we observe it at the timescale of centuries.

I don't want to discuss the details of their reconstruction based on sediment core proxies, its reliability, and other technical issues.

Instead, let me make you recall that while such papers became common in recent months (or two or three years), they would be a taboo e.g. in 2007. Anyone who would dare to talk about rather well-document historic phenomena such as the Medieval Warm Period would be bullied, attacked, and publicly connected with corruption. Just to be sure, such things are still happening in 2013 but these attacks are only being done by fringe radical groups who are generally agreed to be irrelevant biased extremists, e.g. the green NGOs and hardcore left-wing activist bloggers.

It's just fine to discuss things like the Medieval Warm Period and the Little Ice Age again, to ask whether they existed or not. Just to be sure, the answer is almost certainly Yes, at least in some sense, and it's just the more detailed and more quantitative questions (how much) that are supposed to be studied in the papers. 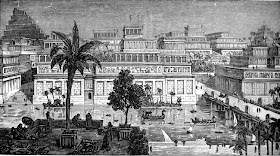 Ancient Babylon, the center of Mesopotamia

The authors argue that the Pacific temperatures used to be much warmer sometime during the Holocene (last 11,700 years). For example, some 6,000 years ago, we had the middle Holocene Thermal Maximum. That's when the great civilizations were born and the Pacific waters near Antarctica and North Pacific were 2.1 °C and 1.5 °C warmer than in the 20th century, respectively! (The error margin is said to be 0.4 °C in both cases.)

Because humans just began to prosper, with the great empires of Mesopotamia and Egypt, among others, the climate was hardly "lethal" at that time. In fact, it's pretty much obvious that it was much more hospitable than today, even in regions that we consider pretty warm even without this extra contribution. 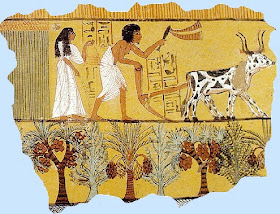 If sensible people agree that the life on an Earth that is 2.1 °C warmer than today is still perfectly fine, probably better than today, couldn't please all reasonable people on this planet agree to stop bullshiting about climate threats at least until the moment when the global mean temperature increases by more than 2.1 °C from the current one? In other words, couldn't the people please shut up about this nonsense at least for the next 200-300 years?

(I am sure that once most of the people see what a warming by 1 °C or 2 °C does to the life on Earth – surely nothing bad – they will surely stop being worried about another degree. A necessary condition for the recent climate hysteria was that the instrumental era was too short and we haven't seen any significant enough temperature change yet. This fact encourages some "fear of the unknown". But a change of the temperature by 1 °C or 2 °C is much less unknown than some people pretend; it is completely mundane and harmless.)

When we return to the very distant history, the accumulated differences of the temperatures from the present ones may be larger. But even if we go back to the Medieval Warm Period, roughly 1,000 (or slightly less) years ago, we find the temperature that was 0.65 °C warmer than the recent decades, according to the authors. Even that period was perfectly fine – climatically, it was similar to the present. On the contrary, the Little Ice Age is said to host waters that were 0.25 °C cooler than the 20th century waters (a smaller difference, something that shows that the warming since the Little Ice Age wasn't too fast). 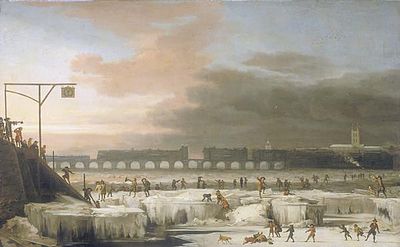 So please, allow the climatologists to study the temperatures in the past, present, and future without intimidation and political pressures. The temperatures have clearly always been changing and the changes over many centuries were always counted in (comparable to) Celsius degrees, whether you like it or not. People and other organisms are doing fine between 0 °C and 40 °C or so. So please don't invent fairy tales that a change by half a degree has to be due to a sin, has to be a punishment, and has to be dangerous. It is absolutely clear that none of these claims is true.
Luboš Motl v 8:23 AM
Share