This blog post is here just to promote two new hep-th papers on the black hole interior. Both papers have 4.0-4.5 pages in total and use the same two-column revtex macro of \(\rm\TeX\). The Verlinde brothers wrote


Behind the Horizon in AdS/CFT


which calls the recent Papadodimas-Raju (PR) construction "elegant" and debunks a potential paradox that could follow from the state dependence of the internal operators by generalizing the PR construction to mixed states with a low enough von Neumann entropy. They seem to say that the detailed mathematical ideas were already contained in their November 2012 paper linking the black hole information puzzle to error correcting codes. 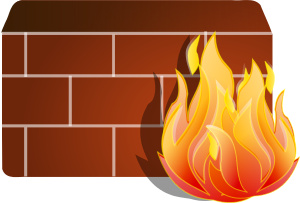 As I said before, I believe that a similar construction must also exist for density matrices of a near-maximal von Neumann entropy as well (they can be visualized as pure entangled states involving two black holes so that the von Neumann entropy of the black hole A becomes the A-B entanglement entropy) but the resulting interior operators one could construct in that case would live in the Einstein-Rosen bridge instead, thus providing us with an explicit constructive proof of the Maldacena-Susskind ER-EPR correspondence.

Verlinde and Verlinde also offer a transparent, PR-based algebraic proof that microstates with a firewall have to be non-equilibrium states and that transformations on the black hole Hilbert space that keep the firewall (or its absence) also keep the definition of all the interior field operators. It looks sensible and it's great, refreshing news to see apparently valid physics signed by these Dutch names again, as opposed to some entropic-gravity-related junk, for example. ;-)


David Berenstein and Eric Dzienkowski offer some argumentation (I don't use the word "argument" because I think that such a word would indicate that I think that it is a valid argument) based on the BFSS Matrix Theory.


identifies gapless and "gapful" zones for some fermionic modes with the exterior and the interior of a black hole. Their effective theory based on the simple integrating out of the off-diagonal matrix modes breaks down exactly at (and beneath) the event horizon which they consider to be an argument for the death ("drama" or "firewall") at the event horizon.

In reality, I think that it just shows that the naive method to construct the field operators by the semiclassical ways gets altered at (and beneath) the event horizon, in agreement with what the PR construction says. There's no evidence that there's no life in the interior; it's just evidence that it becomes harder to construct the interior field theory modes in terms of the degrees of freedom available outside the black hole (or at infinity). In this respect, I think that the BFSS Matrix Theory and AdS/CFT work analogously.
Luboš Motl v 8:04 AM
Share