Math is the language of the true culture of modern times

...and math skills are unavoidable side effects of skills that turned some humans into heroes of natural selection...


Copenhagen: I haven't been to theaters in Boston too many times ;-) but it was at least once when we went to see Copenhagen. You may watch Bohr and Heisenberg in a 90-minute BBC-4 movie now. Via Joseph S.


Three days ago, a German blog published a text about the role of mathematics in the society:


Mathematics, the language of nature. What are you sinking about?


Edward Measure's brief response proved that mathematics plays a much smaller role in the society of pigs. 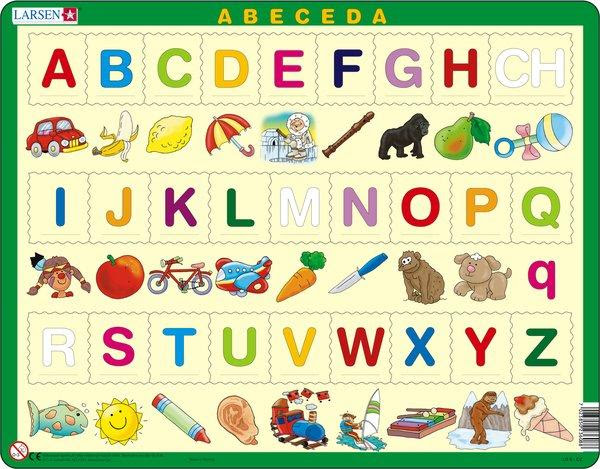 Reading and writing is considered a normal skill of a person who is not a complete loser. Nevertheless, most TRF "readers" will be unable to write down the words from the pictures that start with a given letter – even though most 4-year-old kids around me can do it. ;-)

To summarize her text, the author is trying to answer the question whether mathematics was vital for our ancestors; whether it is needed for average people and for us today (these are two different questions); and whether mathematics should be included despite the stupid people's negative attitude towards it. I was sort of happy to see that the writer's answers are the correct No, No, Yes, Yes.


But let's start at the beginning and ask: Does the existence of mathematics skills contradict Darwin's theory of evolution?


Edward Measure's answer is Yes, Darwin has been debunked:


I think [the German writer] is a bit delusional on this point. Math, unlike language, is an unnatural activity in the sense that our remote ancestors almost never needed it.


Interesting. So why did these skills evolve?

Pig's comment would be nice except that it is at least morally wrong (wrong in the effect if not in his intent). Arun responded:


Equally unnatural are the finger and thumb motions used in keyboard entry or in video games.


Arun's and my point here is that we can do many things that our ancestors have never done before simply because the required skills and "hardware" needed to realize these skills are pretty much equivalent to what our ancestors did need (or at least found helpful).

And the brain able to do some reasoning that is closely analogous to mathematical reasoning was very helpful, indeed. Our species is one of those that have flooded the globe. There are other classes of species that have achieved a similar thing – various germs, insects, and rats (their number is close to the number of people) - but species that are too physically different from us can't be compared to us too well. Among similar enough species, humans are the winners.

Why is it so? The humans are rather mediocre when it comes to various physical parameters. We are much slower than cheetahs, much weaker than tigers, lions, and elephants, and so on, and so on. I think it is obvious that things related to our brain are the main reasons why we have reproduced much more than most other mammal species – and most other species, too.

Some reasoning and planning that is working "pretty much mathematically" was what has helped the individual people and their tribes or nations to spread, to become more resilient. The required amount of CPU power etc. was smaller than what you need to win the new $3 million Milner-Zuckerberg Prize in Mathematics but there existed a clear regime in which upward fluctuations were often beneficial. So the brain size and power just happened to grow.


I wasn't talking higher math here, but rather lower math - counting, adding, multiplying, dividing... some primitive peoples only have words for one, two and many.


But the tribes whose counting system is "one, two, many" are not really exceptional winners of evolution (the number of members of these tribes doesn't even beat the llamas and tons of other species) so the basic claim about the importance of maths for the human survivor is actually confirmed. It's fashionable and politically correct to count "all humans" as the superior race but that's not how Nature actually works. If we interpret the term "humans" as "the tribes that count one, two, many", then humans are actually a rather mediocre species when it comes to all parameters. (These tribes are still significantly smarter than all other species on the globe, I believe, but this edge, however significant, is just not enough to overshadow the other signs of mediocrity.)

Genetically speaking, these tribes are still very close relatives of Albert Einstein and others. But the distance between them has an extremely strong impact on the survival skills; the tribes Pig mentioned – although we may love them – are simply not that exceptional among other species.

Moreover, the counting "one, two, many" may only be a proof of their inferior language skills. This simplified terminology for integers does not prove that these individuals are actually unable to think about greater integers or do operations with these integers.

OK, something similar to the math reasoning was a great gift for our ancestors and these skills just grew to a point that was no longer "vital" for the survival but these "enhanced" mathematics skills could rather easily develop from the material that was available. At least some limited amount of skills needed to do mathematics is an unavoidable consequence of skills that our ancestors found crucial for their success at the Darwinian job market.

Similar observations hold about the contemporary mankind, too. Most people don't need any advanced mathematics for their survival – and even for their being wealthy. (And a long essay should be written about the maths that a theoretical physicist needs. The required maths is clearly vastly more extensive than the normal man's mathematics but there are still portions that remain irrelevant for a theoretical physicist, even one who wants to make one breakthrough after another.) But the fluctuations in the math skills are unavoidable. So some people are inevitably much better at maths than others. And this fact is ultimately useful for the whole society. To a large extent, math skills are extremely helpful for the survival of a stupid human, too – it's just the math skills of another human.

Finally, the German thinker rightfully argues that people are doing tons of other things that are not needed for the survival but they are viewed as the part of the "culture". People get frequently exposed to them and learn them through this exposure even though they are not needed. She says that it is appropriate to expose people to maths, too.

I completely agree with that. One of the most famous undergraduate textbooks in the mankind's history states that "physicist's way of looking at [this wonderful world...] is a major part of the true culture of modern times". Mathematics is the language underlying this way of looking at the Universe and this is the reason why people should constantly expose others – and be exposed – to the language of mathematics even though it is not really needed for their bare survival (and usually not even for their much-better-than-bare survival).

An anti-mathematical rule that some popular writers and publishers have internalized says that every equation included in a book/text reduces the number of its readers to one-half. You may calculate that if I have avoided equations, the number of TRF readers wouldn't be 10 million but 10 million times 2 to the power of 10,000 or so – vastly more than the number of electrons in the visible Universe. ;-)

I think that this rule is really counterproductive. Most of the things in physics – even the most fundamental and/or most elementary things – are impossible to be really conveyed without mathematics. It's questionable whether the popular presentations of physics without any mathematics are useful at all – or, in other words, whether they are more useful than some generic superstitions and paranormal stories that may look equally spiritually rich and justified (and equally emotionally satisfying for the reader) as physics if one decides not to see any maths.

Even if one doesn't understand all the things, it should be politically correct to include mathematics, its jargon, and equations into texts. Mathematics isn't some optional thing that one needs a permission for. Many people are clearly punching below their weight. They understand much less mathematics than they would be able to – and the reason is that they are not being exposed to mathematics. That should change. 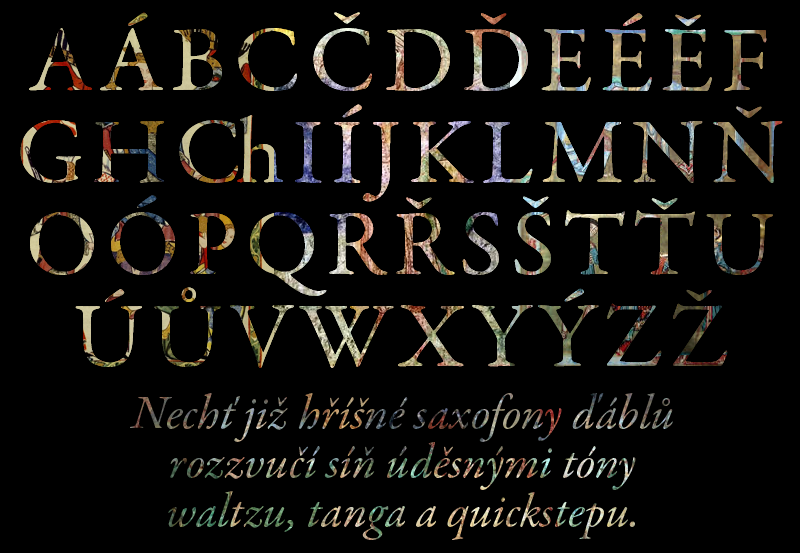 The Czech alphabet (Q,W and mostly X are absent in truly native Czech words) along with a sentence including most of the diacritical sign-decorated letters: Let the sinful devils' saxophones sound through the halls by terrifying tones of waltz, tango, and quickstep (and I would add mathematical equations!).

Mathematics is sometimes avoided in popular books because "everyone should understand what is written in the book". But a dirty secret is that it is bullshit. A reader may know individual letters or may have seen individual words before but if he isn't thinking mathematically about the propositions, he just can't understand the whole sentences! He can't understand why they're right – or at least why they're more right than their negations. Sadly, too much focus is on the "syntactic understanding" but the "semantic understanding" – the understanding of the content and why the arguments are right or wrong – is something that almost no one seems to care about, either.

But the semantic understanding is even more important than the syntactic one; syntax is just a servant of semantics; the letters and words are just tools to convey something grander – the meaning, the content. Without mathematics, one doesn't really get any of the content so whether or not the individual letters or words of the text are syntactically comprehensible to the reader is an irrelevant detail.

\] The equation above was needed purely to eliminate most of the math-ignorant readers from the list of future commenters. ;-)

Completely off-topic: I completely agree with Larry that boycotts organized by Academics against other Academics are always wrong and that a specific targeted boycott of Academics in one country – Israel – is even worse than a general boycott. Some U.S. scholar institution named ASA has joined similar shameful trends in Europe. If the ASA head admits that there are others who are worse than Israel but they still choose to boycott Israel only (with a bonus hysterical applause resembling the applause after Adolf Hitler's speeches), do I need anything else to complete the proof that they're anti-Semites? If the territorial disputes are the reason, note that are hundreds of territorial disputes in the world. Someone's singling out Israel proves that he or she has something extremely special and unjustifiable against the Jews. It is pathological and ASA should be treated on par with Ku-Klux-Klan.
Luboš Motl v 9:14 AM
Share