I know the reddit.com server as one of the servers where you may "share an URL".

Why someone would visit this server has always been completely incomprehensible to me – the pages on reddit.com look like a collection of trash – some random URLs – and the discussions attached to these URLs seem to be overwhelmed by trolls. I have been thankful to reddit.com as one of the sinks of the trolls' energy – a place where this foam of the Internet interacts with itself so that it has less time to annoy decent Internet users.

Even Reddit's official logo seems to confirm that this is the mission of the server.

For example, it seems to me that the majority of comments linked to URLs about physics that I have seen in my life were controlled by various clones of the prolific Czech crackpot Zephir (I don't know him or her in person, I believe). If you've read some other physics blogs, you must have encountered dozens of "aether wave theory contributions" by this particular lunatic. If you are dreaming about an even higher concentration of similar comments, search for physics articles at reddit.com.

So reddit.com is a junk server but it has appeared almost "on par" with Google+, Facebook, and Twitter and it claims to have 4 million subscribers which makes it a "big fish" of a sort which is why you may care about its major policy decisions.

A few hours ago, Jan Urban sent me a rather incredible article – and encouraged me to be careful while reading it.


Warning: the following external URL points to a potentially dangerous server and the page contains a highly disturbing article. Be careful while opening it and reading it.
Reddit’s science forum banned climate deniers. Why don’t all newspapers do the same?


A climate alarmist called Nathan Allen boasts that he is an editor on the reddit.com server linking to random Internet trash. A year ago, after a campaign in which "they" would be "increasingly stringent with deniers", "they" would attach yellow stars to all climate "contrarians" (because "they" didn't like that someone dared to question the climate panic and the research and researchers behind them) and expected a backlash. The backlash was weak, they thought, so they banned all climate skeptics from reddit.com altogether. 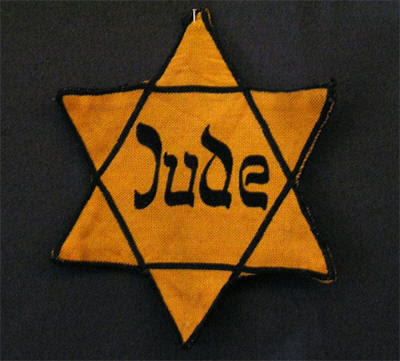 Mr Allen recommends the whole Internet to follow the reddit.com "role model" and ban climate skeptics. It's a pretty tall order for a bunch of a few dozens of fanatical nuts like himself to cut something like five billion people from the Internet.


Allen's text closely resembles the pro-regime, anti-dissent propaganda texts we used to know during communism. We hear that all the climate skeptics are paid by the Big Oil – on the other hand, the same writer also says that all of them are genuine believers rather than the typical Internet trolls who control the rest of the server. Now, after the ban, the discussions may only be joined by the likes of Zephir. Neat! ;-)


There are lots of inconsistencies in Allen's text but what is beyond doubt is that he is absolutely determined to harm all the people who are not as deluded as himself when it comes to myths, lies, and fabricated emotions sold as "global warming" or "climate change". In the name of these artificially fabricated pseudoscientific superstitions, he wants to break all rules of a civilized society, he wants to piss on human rights and freedoms of all the types.

The story is sad or alarming but on the other hand, I must admit that it also sounds comical if I imagine that your, Richard Lindzen's, or my account would be suspended by the true local "giant of science", a mental midget like Mr Allen himself who has proclaimed himself to be the protector of the scientific correctness. A mental midget who can't see he is a mental midget at all – a funny concept, we could say.

Fortunately, Mr Allen is an inconsequential hack on a server run by himself and other trolls. But there are others whose thinking has been almost identical and who have been much more powerful. James Hansen has controlled an institute at NASA and Al Gore has threatened the U.S. by the possibility to become its president.

Brendan O'Neill wrote a blog post about the decision at The Telegraph's server:


Reddit has banned climate change deniers, and ripped its own reputation to shreds


His article attracted about 1,500 comments so far and a hundred is added every few minutes. A similar story by Daniel Greenfield at the Frontpage Magazine is called


This is /R/Science, No Debating Here Please


The title is a reference to the reddit.com/r/science "science category" of the server which you're invited to try, too.

In my homeland, no one cares about the climate debate in one way or another. There are lots of wrong things about Czechia but one of the positives is that even 24 years after the Velvet Revolution, it's still "not cool" to ideologically profile users of would-be universally important websites.

So I must wish lots of good luck to Allen and his other Gestapo comrades while imposing their laws on blasphemies throughout their irrelevant troll server.
Luboš Motl v 8:32 PM
Share