Science writers' weird obsession with the resurrection of ISON

The comet has been doomed at least since the first moment when it looked so; claims to the contrary were always just some irrational religion

The good folks who were excited about the alleged resurrection of Jesus Christ were not too unreasonable. To say the least, they were not more unreasonable than most science writers who were producing stories about comet ISON's "survival" in recent days.

When I wrote the satire about the comet's destruction by global warming (yes, there were some readers who didn't understand it was a satire!), I took one claim for granted: the comet couldn't have survived, at least not to the extent needed for the comet to be visible by the naked eye e.g. today and the visibility of ISON's remains would be guaranteed to decrease quickly. 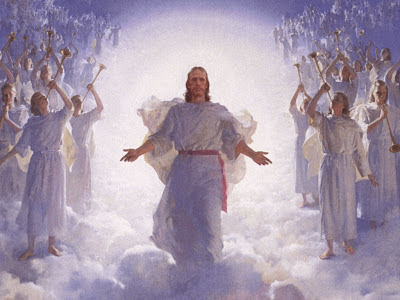 (The debris had magnitude plus 7 late yesterday which already made it invisible. NASA's JPL predicted a year ago that the brightness of the comet could be around minus 11.6 by now, brighter than the full Moon. That prediction has failed rather spectacularly, hasn't it?)

But you must have seen reports by pretty much everyone – Fox News, The Guardian, Matt Strassler, and thousands of others – who were completely excited with their thoroughly unjustified claims that the "comet has survived", "we have a hope", and so on – the similarity of ISON with Son of God is almost perfect.

On November 28th, the comet approached the perihelium, the closest point to the Sun on its trajectory. Its distance from the Sun was just a little bit larger than 0.01 AU – AU is the distance between the Earth and the Sun. It was almost 100 times shorter than the Earth-Sun distance. Perhaps 0.015 AU, I forgot the exact number.


Fine. The amount of "watts per squared meter" that you're getting from the Sun depends on the distance as \(1/R^2\) – the photons just get spread over the sphere of radius \(4\pi R^2\), if you wish. So the number of "watts per squared meter" is approximately \(10,000\) times greater at the point of the comet's perihelion than it is here on Earth.

However, the equilibrium temperature is one at which the outgoing thermal radiation matches the incoming one. The outgoing thermal radiation goes like \(T^4\) so the equilibrium absolute temperature \(T\) "over there" is about \(10\) times greater than it is on Earth because \(10^4=10,000\). On Earth, it is something like 300 kelvins (the room temperature or so) which means that you expect the temperature on the comet as it approaches this perihelion to go to several thousand of degrees.

What can be burned near the surface will burn – and become darker in color (think of burned wood). All the ice and water will surely vaporize. At these high temperatures, the water beneath the surface of any "ice core" is moving somewhat frantically and the heat quickly gets deeper inside the comet. Any hole means that all the ice and liquid water vaporizes and gets away.

So what you see when the comet gets this close to the Sun is just some heated material that radiates but the material that has a chance to hold together is nearly black and the remaining material is mostly vaporized which means that the molecules are moving away from others.

Water, ice, and some thin atmosphere are important for the visibility of a comet. It is not hard to see that the atmosphere has no chance to survive the heat. Take the Halley comet whose numbers haven't become obsolete because of the comet's death. Its diameter is of order 10 kilometers. This chunk of mass has some gravitational field but it is tiny. It's more meaningful to talk about the escape velocity from the Halley comet. You know how much it is for similar masses? It is 2 meters per second. If a gas molecule moves faster than 2 meters per second, it will never return. Compare this escape velocity with 11,000 meters per second from the Earth, a large enough value so that NASA needs to use rockets to escape the Earth's gravitational pull.

The escape velocity of 2 meters per second is so tiny that slightly heated gas instantly escapes. To understand this point, realize that at the room temperature (the equilibrium temperature near the Earth, approximately), the average speed of an air molecule is around 500 m/s. Now, the kinetic energy is proportional to the temperature (\(3kT/2\) etc.) so the speed is only proportional to the square root of the absolute temperature. I said that the absolute temperature may be around 10 times greater on the comet while near perihelion so the average speed of gas molecules over there will exceed 1,000 m/s. It's much greater than the escape velocity from the comet's very weak gravitational field.

So the cute coma is not really bound to the comet once it gets heated up. The gas molecules' speed is vastly higher than the required escape speed and the gas will just tell the comet good-bye, forever.

One could discuss some solid materials that have a chance not to vaporize. Some pure metals could arguably melt and refreeze later. If that happened, the comet could become a mirror which doesn't really reflect much light to generic directions. I won't probably happen, anyway. More likely, one may get some solid leftover material that is dark – and therefore absorbs lots of radiation, with the risk of evaporating earlier. And even if this dark material doesn't evaporate, it won't be visible. 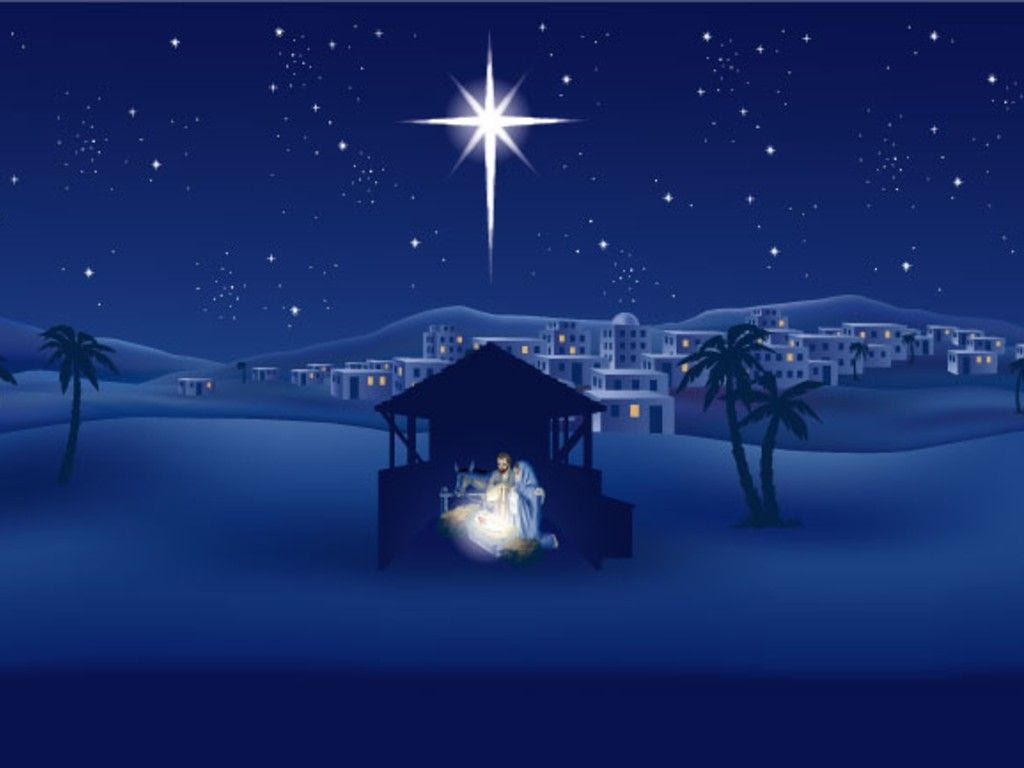 There are obvious reasons why the "nearly compact" heated up material is visible when it is so close to the Sun: it is strongly illuminated by the nearby Sun and it is also producing its own heat and thermal radiation. However, at these high temperatures, there is no good reason to think that a light-colored non-gaseous material will survive anywhere near the comet's surface. Even if the comet (comet ISON's diameter is about 5 kilometers) were large enough to preserve a big chunk of ice etc., it will be hidden "inside" the dark material. The side that is close enough to the Sun – and it's the only side we can see by the naked eyes when the comet cools down again – has been darkened and/or vaporized.

That's the "complicated reason" why I found the hype about the resurrection and befuddled experts to be simply stupid. Sorry, Matt, your excitement lacked common sense and the comments that "experts are befuddled as well" is a lame excuse.

But there's one "simpler reason" why I found the reports really stupid. Comet ISON has already been seen to have largely disappeared. Well, this is like the process of dying and this process is, as you may have heard, pretty much irreversible. If the "health" of the comet looks somewhat better than an hour ago, it may be just a coincidence (a more reflective side of the debris was just rotated in the right direction or whatever). But to expect the comet to reappear in its original strength is exactly as naive as to expect a human being or Jesus Christ to be resurrected – apologies to the Christians who may think it is not naive. It violates the second law of thermodynamics and such violations are statistically allowed but only if they're "small".

Note that some comets in the empty space have no problems with the escape velocity etc. The temperature of outer space (its cosmic microwave background) is around 2 kelvins which is 100+ times lower than the room temperature (on Earth). That makes the thermal speed about 10 times smaller, comparable to dozens of meters per second, and some heavy comets may be able to beat it. (And the Halley comet distance at the perihelion is 0.6 AU, so the conditions on the comet are never too different from those on the Earth.)

You might also ask why it is that exactly "now", comet ISON died. Such comets exist for billions of years so why now? Well, there probably used to be many more comets at the beginning. Their number is dying away.

For exactly elliptical orbits, it would be very unlikely or impossible for the comet to approach very close to the Sun if it didn't do during its previous perihelion (the elliptical orbits are periodic). But I guess that there is some friction that reduces the velocity of the comet. For the "radial" direction, this doesn't matter much because the radial velocity is increased by the Sun's gravity again. However, no one is "restoring" the transverse, angular components of the velocity, which is why the comets' impact parameter is probably continuously increasing (along with the eccentricity); their speed is getting directed in the radial direction, making it increasingly likely that they will hit the Sun ("be sucked by the Sun") or its vicinity.

You may be sad but please forget about resurrection: Whatever material is left out of comet ISON will never look like a sexy hairy shining babe again, especially not to your naked eyes. The comet was visible shortly after it was doomed because it was heated by the nearby Sun and it was strongly illuminated by the nearby Sun. But already now, the distance of the comet from the Sun has increased 10 times relatively to the perihelion and as the distance continues to increase, the illumination by the Sun will go down much like the comet's temperature and the chance to see it with naked eyes will plummet to zero (from the already hopeless current values).

(BTW I was also close to writing something stupid about the comet. On Tuesday afternoon, before 5 pm or so, I saw Sirius which seemed brighter than I remembered it. Before I got home, I was convinced it had to be ISON. I even wrote two quick e-mails and 6 lines of a prepared blog post about the happy experience. But then I quickly got back to my senses, realizing that the location, timing, and shape were all wrong, and I wouldn't be trying to hide for a second that I was being stupid for half an hour. But some people are being stupid for days if not years or decades and they're trying to hide their stupidity in elaborate ways which is bad.)
Luboš Motl v 8:51 AM
Share