I am just reading (Wednesday: I have finished reading) Blaine Harden's book


Escape from Camp 14: One Man's Remarkable Odyssey from North Korea to Freedom in the West


and it is powerful stuff. It was published in 2012 by an American who shared the royalties with a guy named Sin who seems to be the world's only person who has ever escaped from the camps in North Korea (he was born in one such camp). We can learn quite something from him, at least if we believe that he is telling us the truth.

There are between 150,000-200,000 people "living" in these camps. The conditions are horrible. I don't want to tell you about the details. Hundreds of thousands of people have probably prematurely died or were killed in these camps that have existed for a longer time than Gulags and much longer than the Nazi concentration camps.


The West seems largely uninterested in these events, in this inhuman treatment of those people. It's largely because there is no Hollywood puppet who would become a spokesperson defending the rights of these people.


The book uncovers something from the glorious life of the ruling family, the world's most strict system of castes, the not-so-stellar life of the elite in Pyongyang, and the terrible life of the castes that are not elite, especially people of all ages who live in the camp.

We also learn about the permanent scars that this man, Sin, will carry forever. Recommended.

I am just watching the testimony of Richard Lindzen, Donna Laframboise, and Nicholas Lewis in front of some U.K. lawmakers. They're making great points (Richard even had the chance to finally say Sure, the atmospheric sciences are surely not the fields picked by most of the brightest students; yes, the field is kind of inferior – he also added that the times are changing and the best ones might be preferring business, not physics, these days) but it's depressing to see how dense the politicians are.

It boils down to some aspect of the scientific illiteracy but I can't understand what it is that makes people unable to understand such simple points. 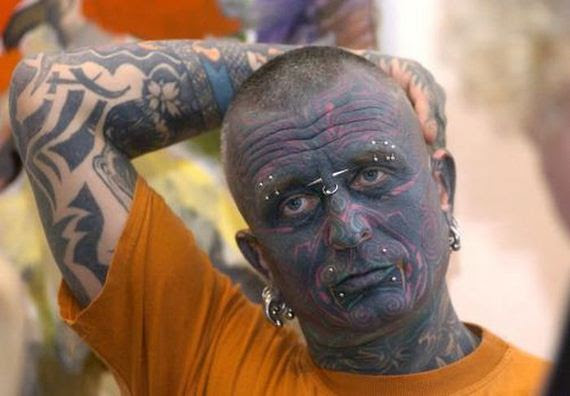 Off-topic, Czech politics: America has thought it was a big deal to elect a half-black president. But in Czechia, it's completely normal – it's business-as-usual – for this Smurf hybridized with Avatar and a Totem Pole to become the minister of... culture. At least, this former presidential candidate is the leading contender to become the minister who was proposed by the agricultural mogul and former communist snitch (agent Bureš 007) Mr Babiš. Great, we will be more cultural and prove that this is a blue, not green planet.

Correction: OK, he should be just the first deputy minister, but we're still the coolest ones! ;-)

A bit obscene song: Just to make some Americans understand that some Russians may be offended by Pussy Riot in the church. The truth is that I consider this song by Mr Xindl X to be very good! It starts with the girl praying "Dear Baby Jesus [who delivers gifts here], sorry that I wrote to Santa. But he is evil. You have to punish him. Thank you." Then it continues with Xindl X's obscenities – he, dressed both as Jesus and Santa, is praising his sexual organs. When she will get familiar with it, she will s*it into her pants, and she will think that he is a Beethoven when he plays the children's song "Puppy was jumping". And so on, four minutes. He has trot like Mr Rhythm and rhythm like Mr Trot (Trot, Klus, is a Czech songmaker while Rhythm is a Slovak-half-Gypsy rapper). So should I start my Casio? Probably yes [asio]! So what? So what? Before Santa is finally crucified at the end, Xindl says "so finally understand it, it's the end" which is copied (including the accent) from a song by the rapper Rhythm (a duet with Tina, SK, 1:23).

The latest song by Xindl X is his Czech edition of Aqua's Barbie Girl, with a totally different melody but some overlapping (but more sophisticated and more obscene) lyrics.
Luboš Motl v 12:11 PM
Share